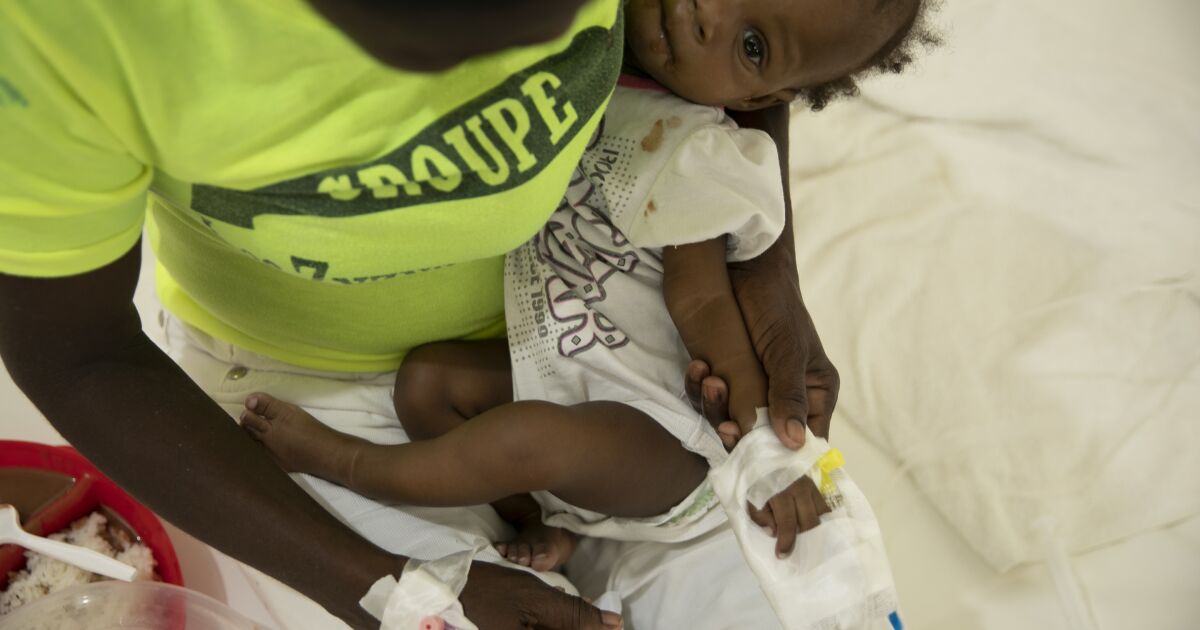 Cholera cases have overwhelmed Haiti and experts have warned the situation could worsen as the country reopens after a fuel blockade that paralyzed it for two months.

Dr. Jeanty Fils, a spokesman for the health ministry, told The Associated Press that people are back on the streets and possibly transmitting cholera as the government struggles to obtain life-saving equipment and discusses whether cholera can be contained. Vaccine should be ordered.

“We need more resources,” he said. “Cholera cases continue to rise in Haiti.”

At least 156 people have died and more than 6,900 are hospitalized, according to the Pan American Health Organization and the Haitian government, although some officials believe the number is much higher because many cases go unreported. Is.

Faced with a worsening situation, the United Nations announced Tuesday that it is seeking to raise $146 million for the fight against cholera in Haiti and with other partners. At least half a million people are at risk of contracting the disease, according to PAHO and the World Health Organization.

“The sharp increase in cases in recent weeks and the rapid spread of cholera in the country are cause for concern,” said Ulrika Richardson, UN Resident Humanitarian Coordinator.

Fils notes that cholera cases were likely low during the lockdown because gas stations were closed and many people in this country of 11 million people stayed at home.

He said, ‘Now people are moving further. “It can start streaming.”

“This is a match that can light a bonfire,” he insisted.

In recent weeks there has been an increase in the number of patients receiving care at Doctors Without Borders hospitals in Port-au-Prince. So far they have received 6,500 people, and beds sold out so quickly that a fifth center had to open two weeks early, said communications manager Alexandre Marcou.

At the new center, mothers nursed their babies on a recent morning. One arranged the tangle of wires around her baby, while the other gently pinched her daughter’s cheeks to open her mouth so he could give her oral supplements. Nearby, sick adults sat quietly on plastic chairs with white buckets between their legs, one hand propping up their heads on one side. Some later ate rice and beans from small containers collected by nursing staff.

Marcou said survival is possible if cholera is treated early, but recent fuel shortages and ongoing mass violence since the July 2021 assassination of President Jovenel Mosse have forced Haitians to rush to hospitals and clinics. stopped from

Early goals off: Newell’s draw against Sarmiento at Colossus

From the age of 12, Carla was forced to prostitution herself with 30 men a day, including police officers.