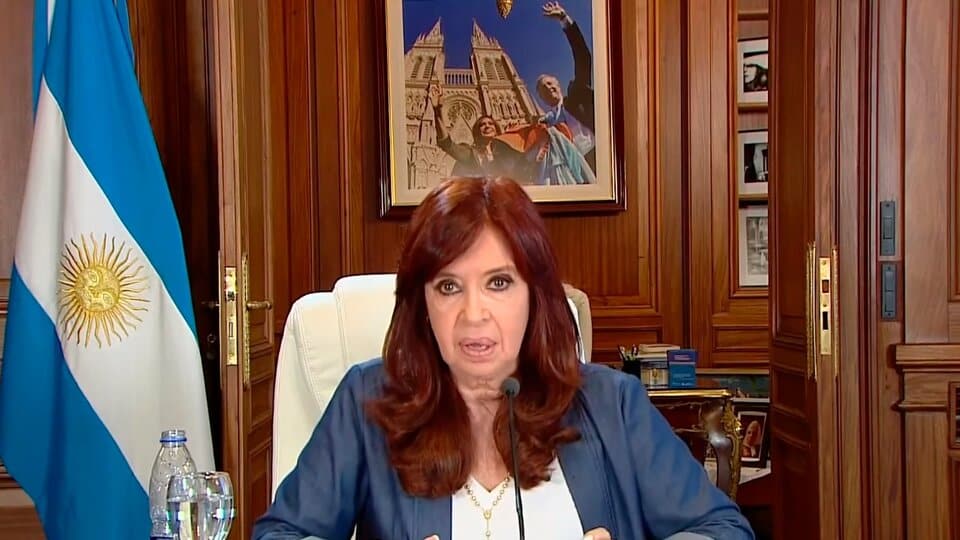 vice president Cristina Fernandez de Kirchner once again exposes the use of the law that seeks to outlaw it With a recorded message from the President of Bolivia, Luis ArceWho assured that with a jail term of six years and permanent disqualification from holding public office ,It seeks to achieve what the bullets could not: the political destruction of Cristina and also a hard blow to Peronism”.

On his Twitter account, the former president published the video and wrote: “The indictment: President Luis Arce and a very correct reading of reality. In 2 minutes and 51 unmistakable seconds, he without euphemisms explains the purpose of the judicial mafia in your country.” Explain, Argentine Republic”.

Arce said, “We have witnessed another unfortunate chapter in the mechanization of justice to perpetrate leftist leaders and governments in Latin America and the Caribbean.” “Despite the forced accusation, Argentina’s Vice President presented a set of testimonies and evidence that demonstrated lies and contradictions a process he described as a firing squad, In-spite of this, treachery wins,

In the video, Arce Puebla addresses the group, which was going to meet next Monday at the Kirchner Cultural Center — the meeting was postponed because CFK was diagnosed with the coronavirus — and has been moved to March 2023.

On 7 December, judges of the Federal Oral Court 2, Rodrigo Giménez Uriburu, Jorge Gorrini and Andrés Basso, sentenced the vice president to six years in prison and permanent disqualification. “It seeks to achieve what the bullets could not: the political destruction of Cristina and also a hard blow to Peronism”said the President of Bolivia.

“This new law not only intends to end the political rights of an authority elected by the people of Argentina, but also the rights of the people with regard to the election of their rulers and the right to choose the course of the country. And therefore they also destroy democracy“, denounced the president and accused “small vocal groups” of serving the interests of “great internal and external economic powers”.

Arce remarked that “what they do not achieve in elections, they try to achieve by coups in their traditional and non-traditional forms of execution” and that “The law is one of the forms of neo-coup and represents a serious threat to democracy in our region”,

“He who does not know the right is A warrior of the people like Christina is never a criminalNeither his ideals, nor his struggle, for his leadership emanates from the bowels of the people to whom he owes himself, where he comes from and where he finds the courage to continue building a nation and a dignified and sovereign territory. , get persistence and tenacity. With social justice,” he said.

And he concluded: “Strength, Sister Cristina, you are not alone, we are with you, with the Argentine people and their government, sure that truth and justice will prevail.”

Naturgy to build its first hybrid project in Australia: it combines solar power and storage