Christina Kirchner’s suspicions about “Los Copitos” and its political connection with the attack. “Nobody could think this band had intellectual authorship” 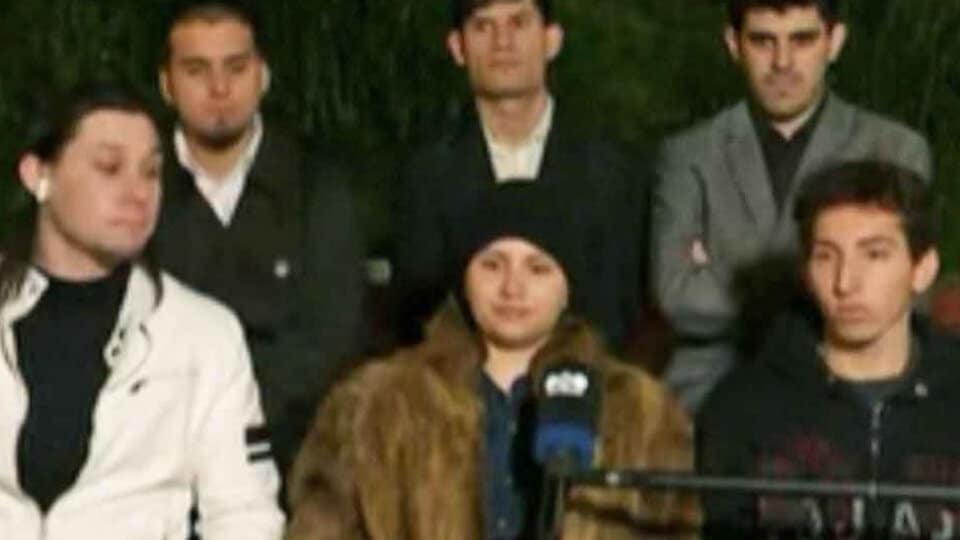 Within the framework of the hearing of the road case held this Friday, the Vice President Cristina Fernández de Kirchner shares her suspicions about the group that was organized to try to assassinate her, believed they were not the “intellectual authors” of the attack, and pointed to the political connections behind the attack. pointed to.

In his sweeping statement, the former president pointed to the day that “a gun was fired 15 cm from his head” on 1 September and emphasized that The four people detained for attempted murder “are not intellectual authors” of that act.

“By September 1, I thought it was stigmatizing me, prosecuting me, defaming me, but By September 1, I realized that something else could be behind all this.”Highlighted in another section, when he assured that the conduct of the judiciary “allows to think and do anything.”

In this sense, the Vice President noted the political ties that appeared in the case and remarked that lawyers defending those detained for attempted murder—Gaston Marano and Brenda Salva, referring to Gabriel Carrizo’s lawyers Hue- “was an advisor to a senator of the nation, someone who sits 20 meters away from me”.

Salva was part of the staff of advisers to the PRO deputy for San Luis, Karina Bache, while Marano was on the bicameral permanent commission to oversee intelligence organizations and activities in the team of the PRO senator, Ignacio Torres. Both the lawyers were sidelined from their functions.

“The lawyer of the man who tried to kill me is an adviser to an opposition senator. I feel defenseless. How would you feel, Dr. Gorini, if the same thing happened to me as you?”Christina Kirchner inquired.

Jose Manuel UbeiraIn other cases, counsel for Vice President Cristina Fernández de Kirchner warned that behind the assassination attempt against the Vice President is not only a primary organization but also a “secondary”and decided it was necessary to “address the issue” in that direction.

“It’s clear it’s not a lump, it’s something else. There is a primary organization and investigation oriented to see concretely how it was from an economic point of view. Every time there is a danger of compromising or playing politics with an officer, as many cases as necessary should be opened in the entire region,” he said.

“We intend to find out who is the head of this structure, who finances them and why their lawyer (for Gaston Marano) has links with the United States embassy”he later expressed page|12 It turns out that the lawyer representing the detainee Gabriel Nicolas Carrizo has links not only to that diplomatic representation, but also to references to Javier Miley’s La Libertad Avanza party and, as of Friday, the Together for Change (JxC) national senator Ignacio Torres’ advisor. In Bicameral Intelligence.

The Role of Nicolas Gabriel Carrizo

The vice president’s complaint made a judicial presentation this week aimed at investigating who is above Nicolas Gabriel Carrizo, a captive in the scheme that led to the attempted murder.

The team of lawyers representing the former president provided sensitive data to a file linked to a possible link to Carrizo and requested that it be checked in a reserved file.

Carrizo is the fourth arrested for the attack: he had a cell phone conversation about the killing of the former president with another accused, Brenda Uliarte, who is in turn an accomplice of Fernando Sabag Montiel, who tried to carry out the attack. the killing.

“Gabby”, as he called her in WhatsApp conversations analyzed by Justice, became known on 2 September when she starred in an interview with Newscast. phone In which he appeared with Uliarte and a group of alleged sellers of snowflakes.

Two days later, Uliarte was arrested and Carrizo, along with the rest of the “los copitos” gang members, appeared in court to make a testimonial statement and voluntarily hand over their cell phones.

In recent times, Uber has focused on Carrizo and believes “they have the characteristics of an organizer.” “Carrizo is not a participant, but has the characteristics of an organizer, we intend to find out who is the head of this structure and who finances them. It is rejected that this is a group of crazy people , as it was said at some point. Carrizo is surprising for many things, his lawyer was an official of the United States embassy,” he insisted.

On Wednesday of last week, Carrizo was arrested by order of Judge Maria Eugenia Capuchetti after a pre-attack conversation on his cell phone was found in which he had already talked about the idea of ​​killing the Vice President and other postwar people. I spoke. Desire to conceal evidence material; He also talked about the gun which he allegedly gave to the attackers and which was not used in the attack.

“He was too close, the weapon failed, I don’t understand, he was doing well,” the defendant expressed regret to the defendant in an exchange of a message he had relied on, which was conveyed to his telephone contacts. Beech was identified as “Andrea”.

When asked about that and other similar conversations as part of his investigation, Carrizo replied: “I swear to God, what I wanted Andrea and my half-brother to believe was this one.” The plan was, to fuck up, show up to one, it wasn’t serious, that the weapon doesn’t exist, nothing. Check, look, I was never near Christina’s house. I’m here with a cell phone came, I had nothing to do with it.”

From an analysis of his communication, it emerges that in the first conversations after the incident at the intersection of the streets of Juncal and Uruguay at around 9:00 p.m. on 1 September, he spoke in a tone that did not seem was. “joke”, as he told her. He told investigators.

As the hours passed, however, the tone of their conversation would have begun to change and when he warned his contacts and Uliarte himself that they were definitely already investigating him, he tried to show that That he is taking the issue less seriously.

The GOP establishment steps in to block Trump’s aide in Ariz.

Advantages and disadvantages of having a bald cat