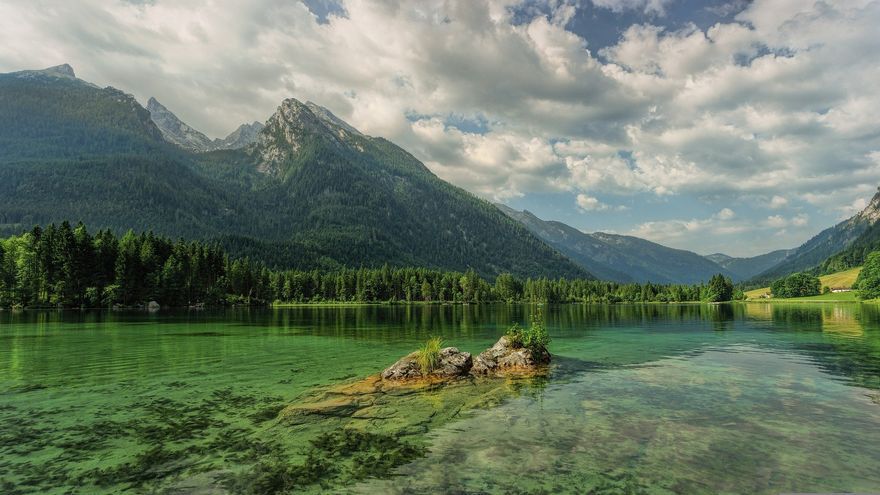 If global warming persists, Blue lakes around the world are in danger of turning green, according to a new study that also includes the first world inventory of the color of lakes. According to its authors, changes in the tonality of lakes can indicate Damage to ecosystem health.

While substances such as algae and sediment can affect the color of lakes, the new study concludes that air temperature, precipitation, depth and lake height are factors that also play a role in the color of lakes. These aquatic structures.

Accounting for less than a third of the world’s lakes, blue lakes are deep and found in cold, high-latitude areas with high rainfall and winter snow cover. The greenish-brown lakes, which make up 69% of all existing lakes, are more widespread and are found in dry areas, inland interiors and along the coastline.

research was published in Geophysical Research PapersJournal of the scientific unit AGU.

Meaning of the color of the world’s lakes augu

Researchers used 5.14 million satellite images of 85,360 lakes and reservoirs around the world taken between 2013 and 2020 to determine the most common color of water in these ecosystems.

“No one has studied the color of lakes on a global scale”said Xiao Yang, a remote sensing hydrologist at Southern Methodist University and study author. “There have been previous studies of maybe 200 lakes around the world, but the scale we’re looking at here is much larger in terms of volume, including smaller lakes. Although we didn’t study all the lakes on Earth We have attempted to analyze a large and representative sample of the planet.

The color of a lake can change seasonally, in part, due to changes in algae growth, so the authors characterized the color by evaluating the color that occurred most frequently in the first seven years.

But climate change is causing global change in this regard. Global warming of the planet could reduce the percentage of blue lakes, Many of which are found in the Rocky Mountains, northeastern Canada, northern Europe, and New Zealand.

“The warmer water, which leads to more algal blooms, will change the colors of the lakes to green,” Katherine O’Reilly, an aquatic ecologist at Illinois State University (USA) and study author, explained. “There are many examples of people who have actually seen this happen by looking at an individual lake,” he said.

a lake in tajikistan Pixabay

For example, The North American Great Lakes are experiencing increased algae blooms and are among the fastest warming lakes on the planetO’Reilly said. Previous research has also shown that remote Arctic regions have lakes that are “increasingly green,” Yang said.

While previous studies have used more complex and detailed systems to understand the overall health of these ecosystems, water color is also a strong indicator of water quality, and can also be observed from satellites, the authors note. did.

“If you’re using a lake for fish or for getting water, changes in the quality of that water when that lake turns green will increase the difficulty of getting to those resources,” O’Reilly said. Told.There may be times when the water is not usable and fish species no longer existSo we won’t get the same ecosystem services from those lakes when they go from blue to green,” he said.

As warming continues, northern European lakes are likely to lose their winter ice cover, which could also affect social, economic and cultural activities.

“No one wants to go swimming in the green lake.” O’Reilly said, “So aesthetically, some lakes that we always thought of as refuge or spiritual places can disappear as soon as they change color.”