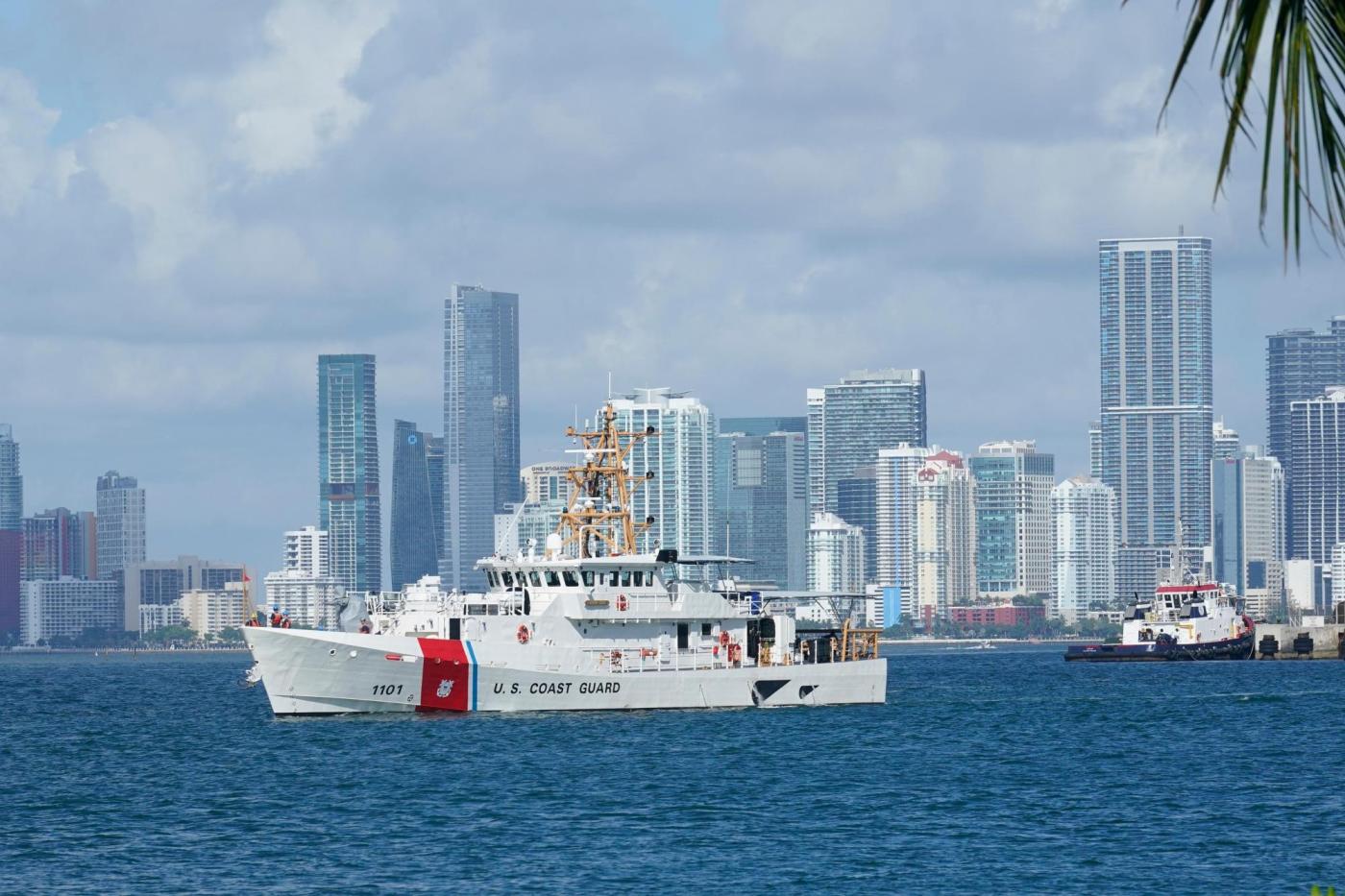 MIAMI. The Coast Guard searched 39 migrants in the dark early Wednesday morning after a lone survivor was found clinging to the overturned hull of a boat that capsized off the coast of Florida in an alleged smuggling attempt.

On Tuesday, crews from at least four ships and five planes had already scanned a vast area the size of Rhode Island after the man was dragged to safety.

The man told the Good Samaritan who rescued him that he was part of a group of 40 people who left Bimini Island in the Bahamas on Saturday night in an operation that the Maritime Security Agency suspects was human smuggling. He said no one was wearing life jackets as they rolled over in the harsh weather.

The Coast Guard said a small craft warning was issued as a strong cold front blew through the dangerous passage Saturday and Sunday with winds up to 23 mph (37 km/h) and waves up to 9 feet (3 meters). Tommy Sewell, a local bone-fishing guide, said there were strong winds and heavy rain squalls from Sunday to Monday.

The agency said the survivor was taken to hospital with symptoms of dehydration and sun exposure after he was found sitting on a hull 45 miles (72 km) east of Fort Pierce Tuesday morning. The Coast Guard did not immediately reveal the nationality of the survivor or the people lost at sea.

Migrants have long used the Bahamas as a springboard to get to Florida and the United States. They usually try to take advantage of weather changes to make the transition, but ships are often dangerously overloaded and prone to capsizing. Over the years there have been thousands of deaths.

For the most part, these migrants came from Haiti and Cuba, but the Royal Bahamas Defense Force reported the detention of migrants from other parts of the world, including from Colombia and Ecuador earlier this month.

The Coast Guard constantly patrols the waters around Haiti, the Dominican Republic, Cuba and the Bahamas. On Friday, its crews pulled 88 Haitians from an overloaded sailing freighter west of Great Inagua, Bahama.

“Sailing through the Straits of Florida, Windward and Mona… is extremely dangerous and could result in loss of life,” the Coast Guard said over the weekend.

The survivors said they left Cuba with 22 people on board. Nine went missing in the water.