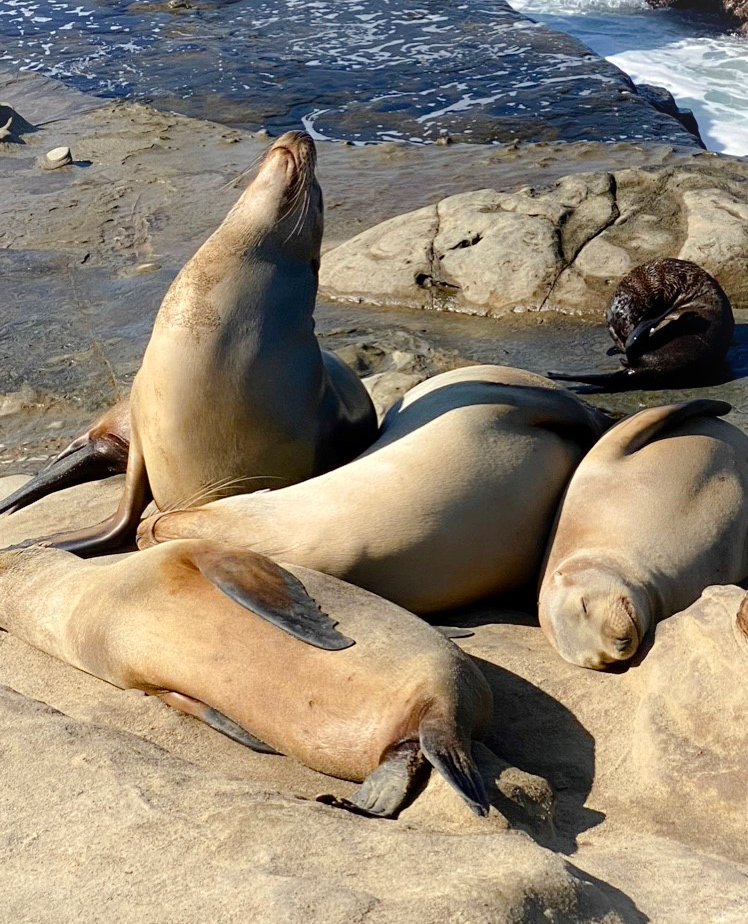 A second popular La Jolla beach has now been closed to the public for part of the year. The California Coastal Commission unanimously voted on April 8 to grant the City’s request to close Point La Jolla, where the sea lions breed, from May 1 to October 31 to protect marine mammals for the next seven years.

The Coastal Commission actually went beyond the City’s original request, which was to close Point La Jolla between La Jolla Cove and Boomer beaches from May 25 to September 15.

The nearby Children’s Pool Beach, where oatmeal breeds, has been closed to the public with a guide rope since 2014 during the breeding season from 15 December to 15 May.

Last summer, the city successfully secured the temporary closure of a portion of Point La Jolla at Ellen Scripps Browning Park from August 11 to September 15. This step was to protect the sea lion colony from tourists during the annual sea lion breeding season. . The temporary closure came in response to ongoing reports from Sierra Club lecturers that human transgression threatened the sea lions and their young.

“This plan protects visitors as well as wildlife,” said District Councilor Joe LaCava, who represents La Jolla. “The Commission’s approval maintains recreational access to the sea and ensures that the public can continue to enjoy sea lions and their young at a safe distance. “Thanks to the strong public feedback we received, we were able to forge a future that reflects the needs of the community, from body-burners to sea lions.”

The Sierra Club San Diego division was delighted with the Coastal Commission’s decision to close Point La Jolla for six months of the year, while supporters of La Jolla beach access were furious.

“Another beach is about to be closed to the public,” said Ken Hunrichs, a spokesman for Friends of the Children’s Pool, a local group working to protect beaches and coastal access for future generations. “The real question that needs to be carefully investigated is how a fringe group of the Sierra Club gained so much influence over city policy to close another beach.”

Advocates for beach access issued the following statement in response to the Coastal Commission’s decision to extend sea lion protections: “The Commission has a history of failure to maintain coastal access protection in the Coastal Act. The Commission extended the time and size of the closure as requested by the City. City staff recoiled when a fringe group attached to the Sierra Club launched a closure of the entire Point La Jolla and Boomer Beach in their outspoken hopes of making that closure permanent and year-round.

“The result is another beach that has been closed from May to October for the next seven years. The city was also very pleased to commit to additional ranger staff and night security camera monitoring at a cost of millions of dollars to taxpayers for at least the next seven years. ”
“Even more worrying was the failure of city officials to uphold the promised compromise,” the pro-beach access statement continued. “That compromise worked with the proponents of the City and sea access, fishing enthusiasts and others, was to allow limited access to the coastline to South Boomer Beach. It was quickly scraped, and Boomer Beach will be inaccessible except by water or by climbing down a steep coastal cliff. Residents and visitors who actually gained access to the ocean at Boomer Beach and Point La Jolla were left behind when that area of ​​Scripps Park joined the Children’s Pool as a marine mammal reserve. “

Ocean protection advocates have argued that the Coastal Commission has done the right and necessary thing to protect sea lions that are threatened by coexistence with humans.

“The Sierra Club San Diego Chapter and Sierra Club Seal Society are pleased with the Coastal Commission’s decision and conditional requirements for the San Diego Coastal Development Permit for the seasonal closure of the sea lion colony at Point La Jolla and Boomer Beach,” said Robyn Davidoff. , president of the Seal Society. “The commissioner based his decision on science, facts, experts and photographic and video documentation to provide adequate protection for sea lions during birth, mating and the vulnerable stage of the puppy’s life.”

Davidoff added: “We are delighted that the Commission and the City have agreed on extended seasonal closing dates from 1 May to 1 October. 31 and use the limits of last year’s Temporary Emergency Closure. This border reduced the amount of sea lion harassment while providing access to the sea using the historic route. The requirement for park rangers to be manned seven days a week will be a major improvement in reducing harassment. We can not wait for visitors, up to 300 per hour, to continue to enter the colony and disturb the fur seals that are eight months pregnant from a nine month pregnancy. “Unfortunately, too many people get too close to mothers.”