Coldest Christmas Day Forecast in the US Since 1980 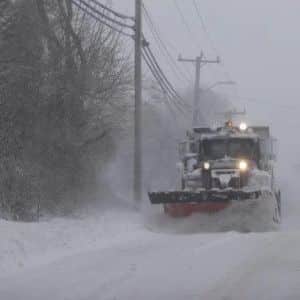 US meteorological officials warned of the arrival of a “bomb cyclone” amid a cold wave affecting the country this Friday, while forecasting the coldest Christmas since 1980.

The National Weather Service (NWS) has specified that temperatures for the weekend will be between -5 and -10 degrees Celsius with the threat of freezing in metropolitan areas such as Des Moines, Iowa.

In this sense, experts believe that a “bomb cyclone” may occur on this day, a term used when a winter storm that intensifies vertically causes a severe drop in its central air pressure. does.

A powerful cold front is moving towards the East Coast by Friday morning. Many locations are over 30°F colder than yesterday! These images show maximum 1-hour and 24-hour decreases (not actual temperatures) along the path of the front through Friday morning. pic.twitter.com/XtyvayvnGq

Several states such as New York, Kentucky, Missouri, Oklahoma, Georgia and North Carolina have declared states of emergency, meanwhile, more than 2,200 flights have been canceled and nearly 7,000 postponed.

US President Joe Biden said in a message to the nation that “This is indeed a very severe weather warning. And it goes from Oklahoma to Wyoming and from Wyoming to Maine. This is a real consequence. So I want everyone to take local I encourage you to heed the advisories.”

National media reported that hostile temperatures would cause wind chills in El Paso, Texas, where recently arrived immigrants live outside.

The Wyoming Highway Patrol, on its part, said that in just 12 hours, it has received nearly 800 calls for help and recorded more than 100 accidents. In turn, in South Dakota, part of the track is covered with snow more than three meters high.

Does language acquisition in newborns begin before birth?

What is Involved in Eyebrow Grafting?