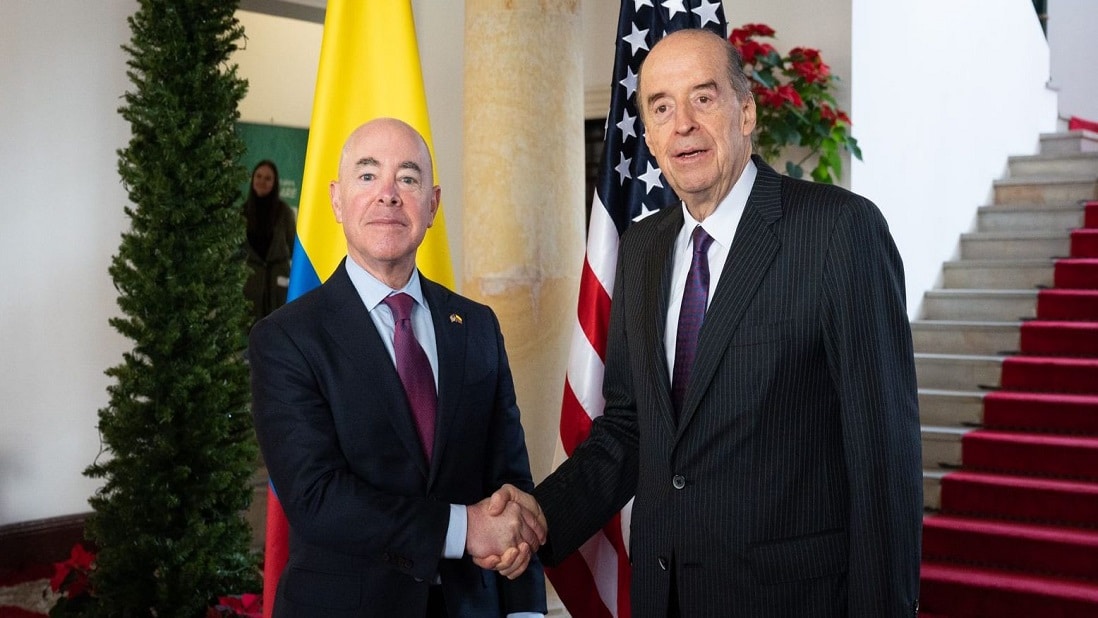 The Colombian government, together with the United States, announced that a Latin American conference would be held in the first quarter of next year to address the challenge it posed. Hemisphere migration and “establish some rules of the game”,

“In the first quarter of 2023, we will hold a Latin American continental conference that will establish rules to deal with migration that will be binding on all,” said Colombia’s foreign minister. alvaro levaIn a joint statement with the US Secretary of Homeland Security, Alexander Mayorkas, Who visited the Andean country this Friday.

Although Leyva insisted that it would be a Latin American conference, Mayorkas assured that the idea is “to bring everyone together and make sure that everyone participates in developing a solution to what he calls a collective challenge”. “

“We have to respect the human rights of asylum seekers and at the same time we have to follow the laws of our respective countries,” Mayorkas said. For them to stay in the countries they belong to and build a successful and prosperous life.

Mayorcas arrives in Colombia from Ecuador on Andean trip, calls for deepening cooperation to combat irregular immigration DarienAfter signing the Los Angeles Declaration on Migration last June during the Summit of the Americas.

The announcement comes at the end of a year in which all records have been broken for those who have crossed the dangerous Darien jungle, which separates Colombia and Panama, bound for the United States.

Between January and November, some 228,000 people have passed through the Darien Gap, where migrants have to walk for more than five days through a mountainous jungle where criminal gangs abound, according to Panamanian officials.

On the other hand, UNICEF warned on 19 November that between January and October last year, 32,488 minors crossed Darien, a new historical figure, 10% more than the previous year, and half of them were under 5 years old. K were.

The dangerous Wilderness of Darien has been a route used for decades by people from all over the world who travel irregularly into the United States, despite serious threats posed by its wild environment and the presence of organized crime groups.

‘If we end inequality, we end COVID-19 pandemic’: WHO chief – ET Healthworld