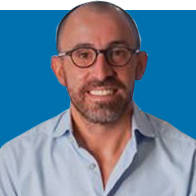 That the formation of a new international order is taking place at this time is an open truth. The childish and irresponsible internal political struggle in which the United States got fully involved, and has been isolating it from the world, in particular from its allies, was the impulse that the Chinese and Russians were looking for to question and challenge the power of the still first world power.

Prestigious publications such as ‘The Economist’ and ‘Foreign Affairs’ have not hesitated to baptize this situation as the resurgence of a new Cold War. On the Russian-Ukrainian border, which is being populated by hundreds of thousands of Vladimir Putin’s troops, the eyes of those who believe that there is the trigger for what could be another large-scale war between various world powers are focused today.

The tense moments that are being experienced in that region are very reminiscent of the months before the invasion of Poland by the Germans in 1939. They also evoke the weeks in which the world was paralyzed by the Russian missile crisis in Cuba in the decade of the 1960s. Today, without a doubt, there are reasons to be afraid.

But the Russian-Ukrainian border is not the only place where the big players in the current international order – the United States, Russia, China and the European Union – are wrestling.

The Colombian-Venezuelan border is becoming another hot spot, although neither the Europeans nor the Americans seem interested in making a presence here, leaving the Russians and Chinese in absolute control.

Last week, Colombian Defense Minister Diego Molano denounced Russian aid to the Venezuelan army. Not even 24 hours passed before the Russians responded that Molano was looking for fictitious enemies, a very common response from totalitarian and dictatorial regimes.

Colombian Army intelligence sources have been saying for a long time that Russia and China are fully involved in Venezuela, but little attention has been paid to them.

“For decades, Russia has been slowly sinking its teeth into the region, and the West has said nothing. Chinese, too. The subject deserves more attention”, Mary Anastasia O’Grady wrote last week in ‘The Wall Street Journal’.

“Venezuela, Cuba and Nicaragua are already in the column of Russians and Chinese. Colombia is next,” added O’Grady. “And (Colombia) is very vulnerable.

Russia and China go for the jugular.” The prestigious Investigative Unit of EL TIEMPO, in its edition yesterday, published an extensive report on Russian interference, with details of how they are helping Nicolás Maduro.

Although the reports have so far focused on showing military or personnel assistance, little mention has been made of technological assistance and the more than certain interference of Russian and Chinese hackers in this geopolitical game in South America.

Everyone knows how the Russians influenced the US elections in 2016, giving Donald Trump the victory, and how China has been penetrating the computer systems of Western countries, but little or nothing has been reported about these practices in our region.

This new Cold War that we have entered, and in which Russia and China seem to have the upper hand, will possibly revolve not around troop combat threats, but rather cyber confrontations. In that game, Colombia presents an enormous vulnerability. That is why it is important that the media and the State put the magnifying glass there.

Colombia is very close to joining the axis of Russia and China, countries that repress freedom and benefactors of dictators. In the absence of help from the United States and Europe, who seem to have turned their backs on us, today, the only ones who can prevent this from happening are us, the citizens who can vote.

(Read all the columns of Diego Santos in EL TIEMPO, here)

Weekly poll results: strong demand for the Galaxy S22 Ultra, the other two are in its shadow

Explainer: What comes next with John Lee leading Hong Kong?

Stephen Colbert Gives Glowing Send Off To ‘The Late Show’ Showrunner Chris Licht: “I Trained The Next President Of CNN”