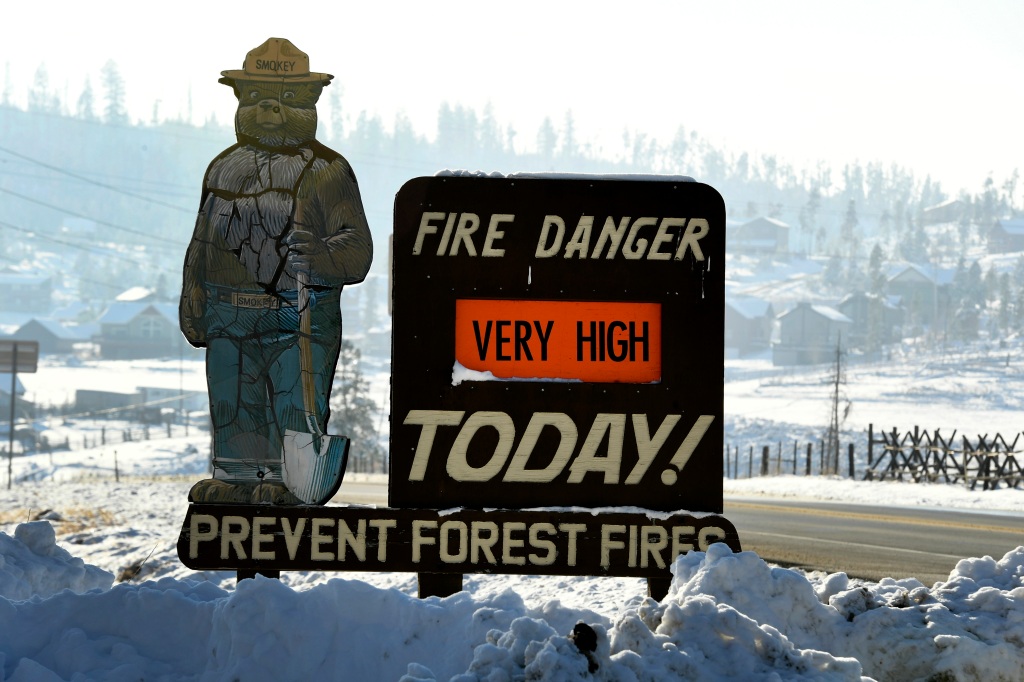 Unfortunately, you read that headline right: The fire risk is expected to remain high in Colorado for several days in a row this week. This is by far the most active April in terms of fire risk and a weekend is approaching where the fire risk was high. High fire hazard consists of two main elements: low humidity and wind. Most annoying to many, the wind will return to a higher level for a while.

May has already surpassed several years in terms of the number of Red Flag warnings issued across the state, but looking at the trends, we should start to see that fire conditions ease in July. Of course, some of our biggest wildfires in Colorado have occurred in the late summer months, so there’s no reason to view this “trend” as a positive thing.

The coming fire season is coinciding with extremely dry conditions throughout the southwestern United States. Take a look at the weather alerts that were implemented on Sunday evening; Most of these alerts continue into the work week.

As you can tell, there is a vast area of ​​the southwestern US that is being hit by high winds and low humidity, which in turn exacerbates the fire situation. Several large wildfires are already burning around Santa Fe, New Mexico, and high winds and dry air are making firefighting efforts difficult.

There is so little moisture around the Four Corners area in southwestern Colorado that the wind is picking up a load of dust and carrying it across state lines. The same wind is also bringing heavy smoke to areas of Colorado.

Current status as on 7:25 PM:
The fire in NM is bringing smoke to the south-western parts of the state.

The dust is moving from the southwest to the northeast, reducing the visibility of southern and central CO.

You can see the progress on satellite. #COwx pic.twitter.com/NT9jdSSCaH

This overnight red flag warning is going to herald a week filled with fire danger and more wind. A very stable upper wind pattern has established over Colorado. The jet stream is poised to move from the southwest to northeast from California-Arizona to Nebraska-Wyoming for most of this week. This leaves the Colorado smack dab in the way of dry, windy, hot air.

This weather pattern, with southwest to northeast winds over Colorado, will continue to bring varying intensity of fire threat to Colorado throughout the week. Monday, Tuesday, Wednesday, Thursday, Friday and possibly even Saturday are expected to come with low wind conditions (greater than 20 mph) and low humidity values ​​(less than 15%). It may be most intense on Monday and Thursday.

Colorado Springs’ forecast this week calls for dust to blow at least Monday, Wednesday and Thursday. Dust and dirt will cause air quality problem for most of the week. High temperatures during the week will be 5-15 degrees above average and Wednesday will be the hottest day across the state. Temperatures in eastern Colorado can reach 20-25 degrees above average. This leaves us with highs in the mid-80s to mid-90s, from Fort Collins to the pueblo and up to the Kansas and Nebraska borders.

Areas in the San Luis Valley and the rest of southern Colorado will see a very windy and dusty week.

If the amount of fire danger we saw in April, and again this week, is a harbinger of how summer may end, we’re pretty much along for the ride.