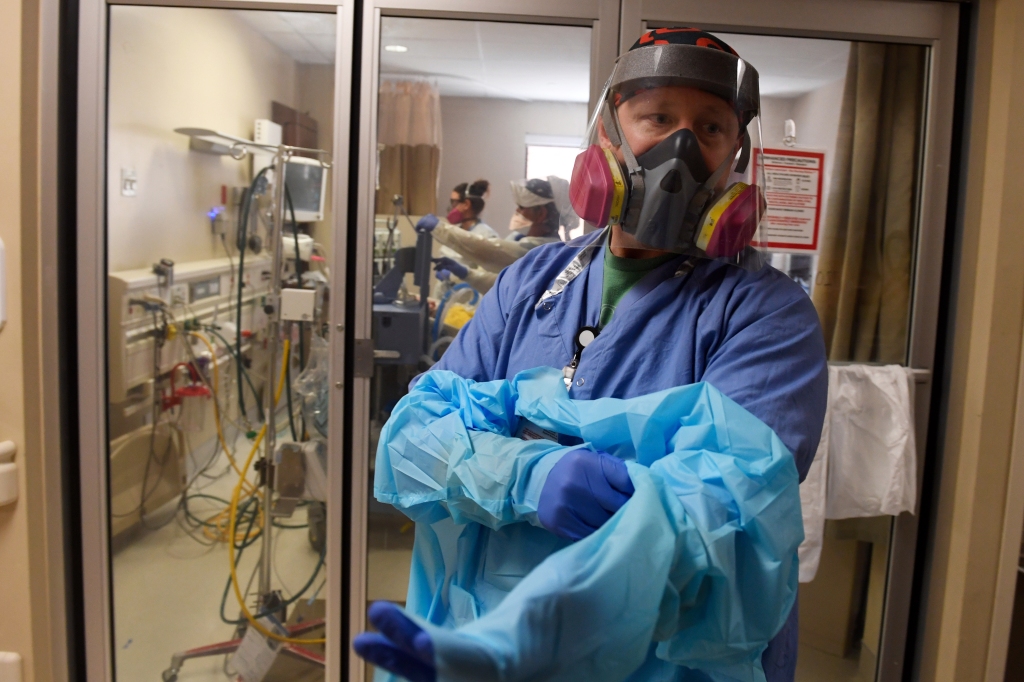 Colorado’s COVID-19 hospitalizations and deaths have reached levels seen in early March, and it’s unclear when they might start to fall.

Hospitalizations increased by almost 20% compared to the previous week, from 270 on June 7 to 323 on Tuesday. About 89% of beds in intensive care units and 91% of general hospital beds were filled as of Tuesday, although most were used by people hospitalized for something other than COVID-19.

It’s likely that the number of recorded hospitalizations would be higher if the facilities were still testing every patient who arrived, as they did at this time last year, according to the Department of Environmental and Occupational Health at the Colorado School of Public Health. Beth Carlton, an associate professor, said.

While they are still mainly catching people hospitalized because of the virus, they may be missing people who may have previously been identified as virus patients and in “gray zones” where an infection is an underlying condition. can increase, he said.

The deaths have also started to rise with 46 reported in the first week of June. This is the highest weekly total since the beginning of March, and could rise if reports come late.

The Colorado Department of Public Health and Environment reported 16,566 new cases in the week ending Sunday, up 14% from the previous week. Cases showed a slight decrease in the first days of this week, but it is not clear whether this is an actual decrease or the result of a backlog.

The percentage of tests that come back positive has fallen to an average of 11.9% in the last seven days as compared to the previous week. Generally, anything above 5% raises concerns about missed cases.

A shift to rely on at-home tests has reduced the number of cases, as many people do not know they can report their tests, and others choose not to give in or skip through the process. Choose. Home testing can also slightly increase the positivity rate, as almost no one reports their negative results.

Carlton said it’s not clear exactly where the numbers are headed, but for now, the virus is widespread in Colorado. People should wear masks in indoor public places, especially in the Denver area and other people identified as having particularly high transmission, she said.

“All the information points to a high level of infection,” she said.

According to the CDC, about 10% of counties nationwide are at a high risk level. Overall, there has been a decrease in cases and hospitalizations in recent days, with a decrease in the Northeast offsetting the South and West.

Carlton said there is some reason to expect Colorado’s trajectory to peak soon, based on how the virus has behaved in the East Coast states that saw a surge earlier this spring. However, this is not a sure thing, as those states were primarily dealing with version BA.2.12.1, while BA.4 and BA.5 are gaining ground in Colorado, she said.

It appears that BA.4 and BA.5 are somewhat better at evoking the immune system than previous versions of Omicron, but how much better is not clear, Carlton said. Still, given the high level of spread in the community and the potential to get the virus again soon after recovery, it’s a good idea to be up-to-date on boosters and take other precautions, she said.

“The more layers of protection people can add, the less likely their lives are to be disrupted by COVID-19,” she said.

Affordable housing in the US is becoming less and less, and renters are wondering: where should we go?

24% of CU members will switch to innovations