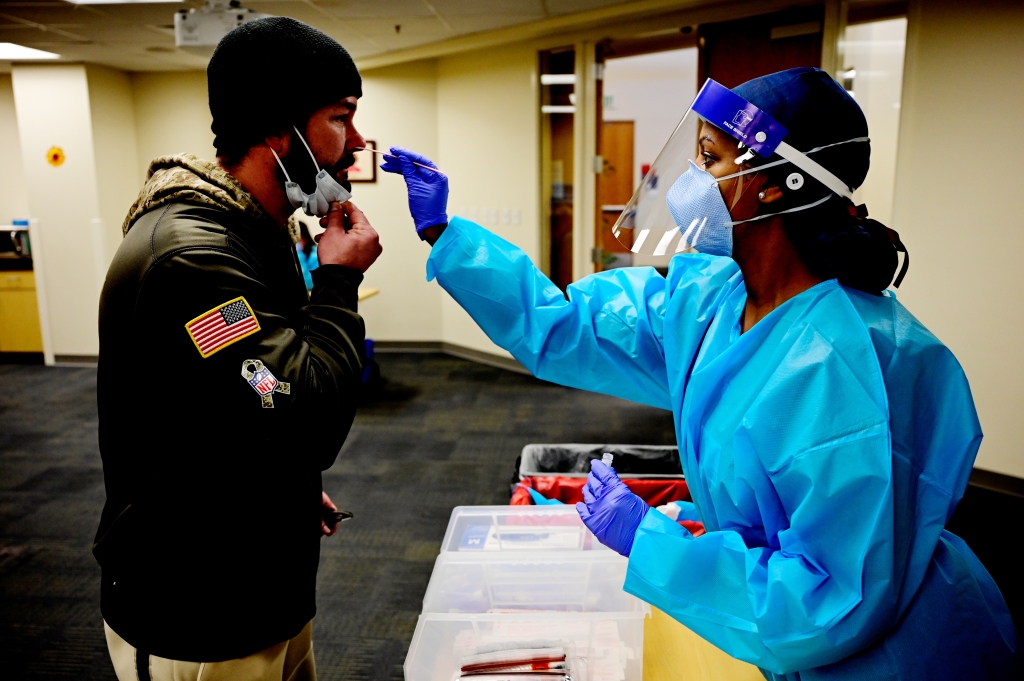 Colorado’s COVID-19 response was among the better in the country, despite a high death rate in nursing homes, according to a report released Thursday.

Each year, the Commonwealth Fund ranks the overall health systems of states by measures of accessibility, such as how many people are not insured; hospital and nursing home quality indicators; the rate of deaths from preventable causes; and health behaviors, such as smoking.

Hawaii, Maine, Vermont, Washington and Oregon rounded out the top five, while Alabama, Oklahoma, Kentucky, Mississippi and Georgia rounded the bottom of the list.

Colorado came in at 17th place in the COVID-19 rankings and was in the top half of the states on most metrics:

Some of the information in the report does not match the state-level data. The report showed Colorado’s ICUs were 80% full in 62 days between August 2020 and March 2022, but the state’s dashboard showed the units were full every week since mid-July 2021 – the equivalent of two months far more.

It also showed that there were 59 days when hospitals in Colorado were short of staff during that period, which doesn’t seem square with reports on the ground.

David Radley, a senior scientist at the Commonwealth Fund, said he used data from the Centers for Medicare and Medicaid Services to compare hospital stress across states. He wasn’t sure why the state-level data was different.

Conor Cahill, a spokesman for Governor Jared Polis, said the governor’s office would review the report, but the state has had a relatively low case and death rate during the pandemic.

“We are grateful to Coloradans who vaccinated, wore masks, stayed home when needed, and supported their communities during this crisis,” he said in a statement. “While the pandemic has been difficult around the world, the Colorado response story is one of resilience, innovation, problem-solving and agility.”

Colorado came in 12th in terms of overall health system performance. As in recent years, the state did well in avoiding potentially preventable deaths from natural causes and residents’ health behaviors, but performed poorly on deaths from suicide and alcohol-related causes.

In general, the states that did well in the COVID-19 rankings had relatively healthier populations and better care access and quality. Radley said it is difficult to understand how a state’s performance against the virus depends on policies adopted during the pandemic, versus pre-existing factors such as how healthy its residents were, or personal preference such as how many people were vaccinated. Yes, Radley said.

“It’s not one thing or the other. All these things are playing with each other,” he said in a press call on Wednesday.

But it is too early to say with certainty that taking precautions against the virus has not led to some increase in the death rate, said David Blumenthal, president of the Commonwealth Fund.

“I don’t think we have the last to use an unfortunate phrase, postmortem,” he said.