Commando attack in Paraguay: The attackers planted a bomb in a bank 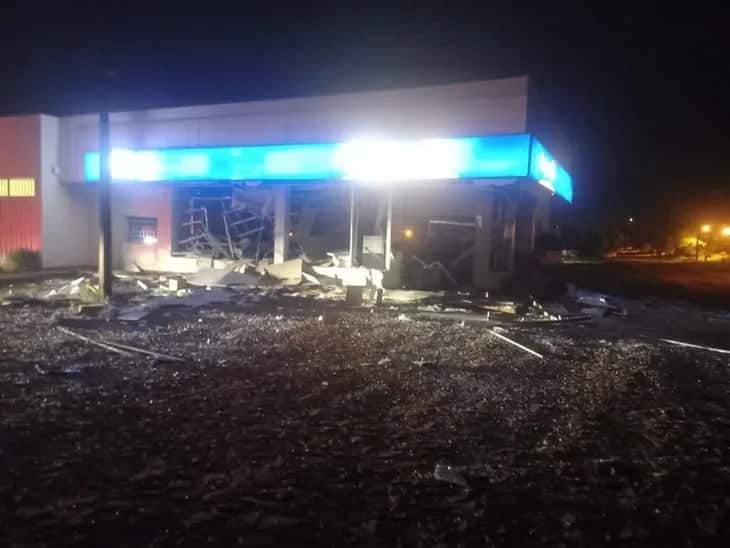 Heavily armed attackers arrived at the bank and blew up the building with explosives; while another group remotely subdued police officers from the local 111th Police Station according to the site last hour,

Commissioner Karim Korea, chief of investigations for the department, reported on Radio Memorial 1080 AM that, approximately, 10 people riding two cars and a motorcycle surrounded the police headquarters,

The bank is located a few kilometers from the Argentine border.

In addition he mentioned Bank structure damaged after explosion,

In the bank area, they served vanilla with firesticks and miguelitos with nails, but no injuries were recorded in the incident. The police chief himself said that there was no report of any firing at the scene.

However, Korea insisted that work was in progress. Similar characteristics to the September 14 attack in the Itapuenes district of PirapoWhere a branch of the same bank was also attacked.

National Police reported in his account Twitter that after the fact, a light blue Toyota Allion vehicle, abandoned and completely burnt out, was found on a local road that connects to route PY07, which was likely used by the attackers.

The fact was reported to the Ministry of Public Affairs and prosecutor Walter Castro intervened in the case, who, for his part, told the radio that he had received the notice around 4:30 on this day and did not know that the bank’s vault had been reached. Is or is not… Later, they confirmed to Telefuturo that they had taken them and that the amount was being investigated.

Police personnel are investigating the possible escape route of the criminals. They do not rule out that they have fled to a rural area, apparently taking separate routes.

Post Premium: Breaking News for the week of November 8-14