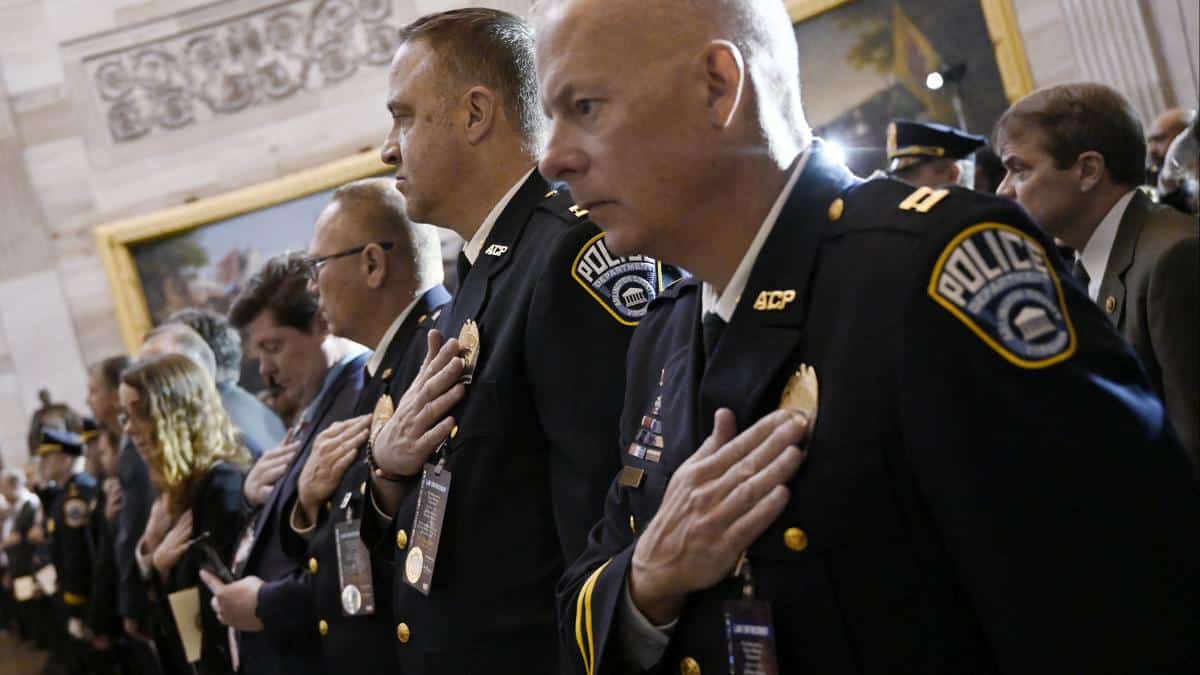 The United States Congressional committee investigating the attack on the Capitol on January 6, 2021, will request complaints against those who sponsored the coup attempt based on its findings to the Department of Justice.

“We have made the decision to file criminal charges,” the committee’s chairman, Representative Benny Thompson, confirmed to congressional reporters. According to their version, the members of that investigative team have already decided to take that step, which means a full raise before their term ends with the opening of the new Congress starting on January 1. Then the Republicans would have a majority and if they agree on anything, it is to eliminate that commission and even investigate the investigators.

There was a certain symbolism. The spread of the decision to act criminally coincided with the act of paying homage to the policemen who guard the citadel of democracy on that day. Promoted and directed by House Speaker Nancy Pelosi, the tribute was held in the same rotunda of the Capitol, which was occupied by secessionists and which, in a historic aberration, raised the secessionist flag of the Confederates.

Some of the dignitaries, including relatives of Brian Sidnik, who was killed after the attack, refused to shake hands with Republican leaders Micheal McConnell (Senate) and Kevin McCarthy (House) to downplay his collusion with Donald Trump and his role. Balwa.

Thompson did not specify against whom the charges would be brought. It is clear that there is one common suspect in the mouths of this commission, especially insurgent Republican Liz Cheney, and she is none other than former President Trump. Other names will be those of his close associates who sponsored the plan to invalidate the November 2020 election result on the basis of an incorrect and illegal reading of the Constitution.

Charges being considered for inclusion in his recommendations include conspiracy against the United States and obstruction of official congressional proceedings. The committee was to meet on Tuesday night to decide the next step.

Thousands of migrants join new caravan via Mexico, calling for revocation of Title 42

China Warns Pelosi: If Pelosi enters Taiwan with American fighter planes, then Pelosi will drop the plane… For the first time, China has given...