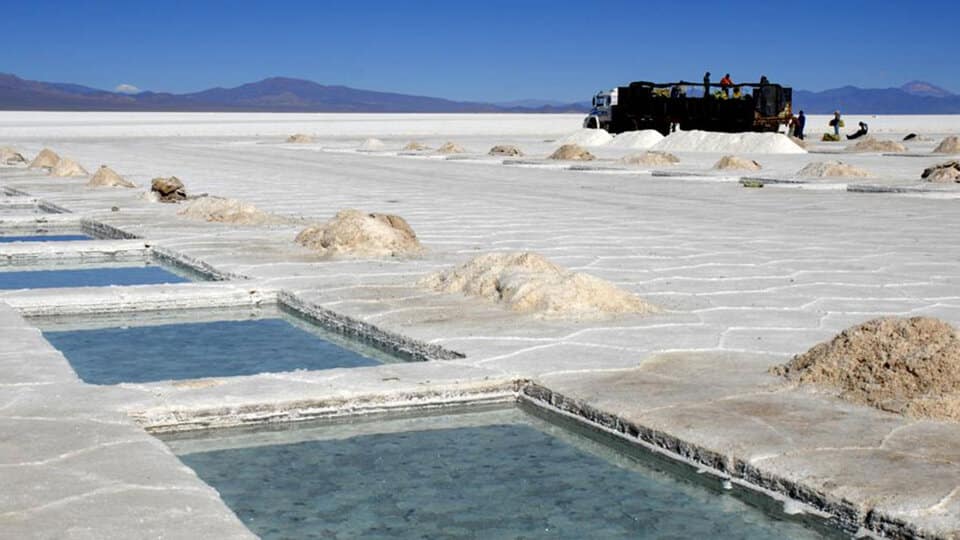 that political power ultimately declares lithium as a strategic resource that is essential to the future of our country; Without forgetting that if confirmed, it is decades late. Between 1922 and 1930 the nation’s head of geology, Luciano Catalano, discovered the lithium deposits of Puna, Argentina, and insisted that the country should control its exploitation and trade. In 1964, as Arturo Ilya’s Undersecretary of Mining, he declared before the National Congress: “Lithium has acquired the character of a highly important critical element in national defence, for which the fiscal reserve of all our national reserves must be immediately needs to be reinstated.”

Augusto Pinochet’s dictatorship declared lithium a strategic resource in 1976 and enacted a new mining code in 1983, making it clear that mining concessions would not be granted to private parties and foreigners in lithium deposits (Law No. 18,248). Bolivia declared lithium a strategic resource in its 2009 national constitution and has a specific regulatory framework. The Bolivian state controls ownership, exploitation, access and extraction and production activities. The participation of private companies is given to involve the transfer of technology and knowledge and insertion across global commercial chains, allowing foreign companies to access and exploit their deposits, always in collaboration with the national company and in minority shareholding. is forced, and only for the production stages of battery and cathode materials.

both in the military dictatorship of Pinochet, which went so far as to privatize rivers and bodies of water; to the indigenous government of Evo Morales through the recent nationalization of lithium by the Mexican government of López Obrador and the announcement by the Donald Trump government of lithium as a strategic mineral for the national security of the United States; Global political power understands the absolutely strategic role of lithium in the current energy and capitalist transition; Except for Argentina, which still doesn’t have a minimum national plan beyond running after potential businesses, to which we are already late.

This declaration in itself would not produce any change unless it was accompanied by difficult but urgent decisions and political compromises. First, although the constitution reformed by Mnemismo gives the provinces the right to natural resources, it does not prevent them from having a plan and a national company. If unitary countries like Chile and federal countries like Mexico go in that direction, it will not affect the income of the provincial treasury in the least, conversely, negotiations with global corporations will have much more effective consequences than national power; It should be remembered that the Gross Regional Product of the waterfall provinces in our country is less than, for example, a chain of ice cream parlors in North America. While countries such as Germany still have difficulties manufacturing lithium-ion batteries for electric cars due to the complexity of these new technologies, for Argentina this will be a major challenge even within the framework of the expanding Mercosur market from the seclusion of the northern provinces. It is impossible to industrialize lithium and participate in global chains.

Lithium should not be considered subject to regulation by the Mining Code because Law 24,804 on Nuclear Activities passed in 1997 gave the National Atomic Energy Commission (CNEA) jurisdiction over lithium in Argentina. The Mining Code was designed and formulated with the metals of the traditional mining industry in mind, fossil fuels that were once regulated in Argentina by the Mining Code, were reduced and regulated by specific legislation, which created the largest number of fossil fuels in the country. The company was allowed to grow. YPF. The same thing happened with lithium in Chile and Bolivia; While keeping lithium under the current mining code regime is the biggest obstacle to consolidating a national lithium company and benefiting from the hydro-assets, the declaration as a strategic resource is only the first step.

Responsible for the environmental sector of the Scalabrini Ortiz Center for Economic and Social Studies and co-author of Bills: Legal Regime for the Exploitation of Lithium and Its Derivatives: 2598-D-2016 and 2733-D-2014.

by Bruno Fornillo and Ariel Slipaki

There is much talk and lie about lithium, very little is known, almost nothing changes. Lithium is not strategic in Argentina as its price has risen from $7,000 to $70,000 a tonne. Nor because the global electromobility industry needs to imagine that it can replace the countless fossil fleets with electric ones. It is not even a big deal that the country has enough reserves. Lithium is, in fact, strategic because it can contribute to orchestrating a journey of real change in technological, political, environmental and economic terms to overcome the draining financial model that is deepening and consolidating today.

How? Appropriating litterless rents, strengthening a true collaboration between scientific-technical systems, productive structures and public companies (INVAP, CNEA, Military Fabrication, Rio Santiago Shipyard, YTEC were interested in the topic), on hyper-sustainable extraction techniques To place stakes and create a democratic management between communities – the ancestral owners of the resource – provinces and nations. Thus, we will contribute to the consolidation of a new post-development vector focused on population well-being and socio-ecological transition.

what do we have? A neoliberal matrix tenure regime that supports international-elite provincial corporate governance of resources and guarantees modest royalties, very poor environmental controls and the outsourcing of lithium without the involvement of native communities. All the projects are in foreign hands and enjoy countless benefits like financial stability for 30 years. Only one of the two firms, which operates in the Salar de Atacama in Chile, reported payments of $2,198 million to the state treasury in the first half of 2022 because they pay 40 percent of royalties. Whereas according to ECLAC, $12.1 million was paid in Argentina during 2020. Matchless. Presently 2 projects are in operation in the country and 20 are in advanced stage. When they get consolidated, in just a few years, there will be no turning back. For lithium, there is no working power like current.

Here the provincial aristocracy benefits (because of the mining holdings that it sells for the exploitation of others, because of petty sprawl, because of corruption), but not the province. And the national executive power avoids confronting the provinces and corporations, trying to prevent reality from reproducing itself by exploding. In the technical sector, where we had the most development and where the Forum of Lithium Experts knew how to group together all the lines of research and innovation in the country, Minister Salvareza encouraged YTEC and the University of La Plata to build a small battery plant. financed for. In the end, instead of betting on a joint that could have been stronger, federal and expansive. YPF Litio is looking for “linkages with provincial mining companies to locate land”, when all the goods have already been taken, it acts as if it were just another company and half a decade from now The latter proposes a condition which also means accepting that lithium does not belong to Argentina.