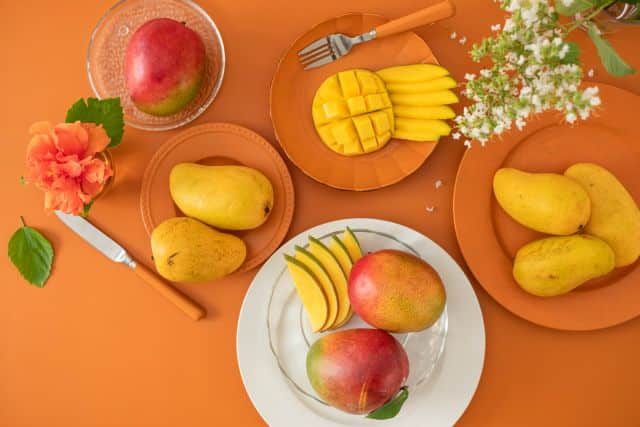 To better understand the distribution of mangoes in the United States, we interviewed Mr. Albert Perez, executive director of Florida-based Continental Fresh LLC, who analyzes the importance of this large market to the mango industry and specifically Highlight that the possibilities of mango consumption in the United States are limitless.

With regard to the Mexican Mango campaign, our interviewer commented that “the campaign of this season, the current campaign, which is Mexico, began in late February, and is now continuing to reach its final phase, which is the Los Mochis region.” It’s been very successful. The prices we’ve seen this season, I would imagine, influenced by inflation, average a little over a dollar, which is what we had at this point last year. That’s what I was doing numbers today , which represents a twenty percent increase in prices, which, however, at those prices, has moved a bit more than last year’s campaign, unless I would say it was a fairly successful campaign for growers. There have been in Mexico, who have received a slightly higher price for the fruit and sold more fruit.”

About what North American consumers value most when buying mangoes, i.e. price, quality or taste, Mr. Albert Perez explains that “buyers want to generate sales in their stores, that customers come and repeat, and Most of the reason for this is repetitive taste and quality. Taste number one and quality number two, and price, obviously from what we see, people are willing to pay more for mangoes than they have done this season, because The common has become food for the basic basket, it is no longer a thing to be a specialty, it is something that is used more and more every day, in the American market it is considered something important, and chains make it important I agree. There is unlimited potential for mangoes in the United States, we still have a long way to go.”

Changes due to COVID 19

Regarding the changes caused by COVID 19 in consumption in the United States, our interviewer highlighted that “one thing that changed a lot was the way people buy mangoes, buying mangoes and baskets online is a lot. While supermarket chains and the National Mango Board have promoted that mangoes contain high amounts of vitamin C, it has been one of those products that, like other products such as citrus, did very well during the pandemic phase. I order food and food through the internet, and now many recipes are mango, and it is being eaten in a healthy way, and mango has changed the menu.

Regarding buying online, our interviewer explains that “it was believed that this was the part that was going to be difficult, as people like to touch the fruit and pick their fruit, but the reality is that every day more and more Consumers are willing to have that fruit delivered over the internet through online purchases, and these delivery companies have great return programs, and if there’s something a person isn’t satisfied with the quality of the product, they’ll give you a chance to buy it. They don’t object much in that aspect and it just got easier. I’ll tell you because I myself doubted it would work, and now I shop online every week including fruits and vegetables.

Analyzing the functions and role that retailers play in the distribution of mangoes in the North American market, our respondents state that “the main role of retailers is, they are the ones who connect all of our products to consumers. They know.” Mango is one of them. The products that have seen the biggest growth in the last twenty five years in the United States. Trying to double or match sales that they had every month last year, for example, they want to sell more mangoes this July than the same month last year, and they’re putting a lot of emphasis on promotions , and they have helped us a lot to bring that mango and give the understanding of mango to those who don’t know it.”

Brand “Water for All”

With regard to the origin of the “Agua Para Todos” brand created by Continental Fresh, Mr. Albert Perez explains that “it was an initiative that we took in the company to unite some of the passion that we have, for the fruit.” Passion, but also for water. From a very young age, when I was sixteen, I went to work on a water project in the Dominican Republic, I formed LIFO Missions, a non-profit organization that, for nearly forty years Taking volunteers to install these water systems. So, we decided to create a brand that explains the box itself, and out of every box of mangoes we sell, we run another group called Blue Mission. that came out of our group, and today we, as the LIFO mission, do one project a year, but they do forty projects a year, and they did in Ecuador, Colombia I’ve also worked in Nicaragua, and we’re supporting them, but then each mango has a plu, which is water gothic, where we have a different version. There is a website where the user can learn more about the projects we are doing. We’ve found that consumers in the United States today care about where their fruit comes from, what we’re doing for society, if there’s a way that buying that fruit helps a cause. , and this has given us great success. That’s why retailers are asking to promote our brand exclusively, because they see that it has added value to that aspect.”

Regarding the increase in sales of freshly cut mangoes in the United States, our interviewer explains that “It’s not a fashion, it’s something that comes not only in mangoes but in many different products, here in the United States.” Consumers like convenience, mango is also something that some people find difficult to cut, although it is not, there are still people who do not know how to do it, but the fact that it is done in different ways are prepared, very easy and useful, and they can be put in mixed cocktails with different fruits, ready for everything. For us, it is more than thirty percent of our sales in mangoes, I am referring to all the sales of fresh mangoes that we do, thirty to thirty three percent of the mangoes are for the customers who are going to process it.