Concert review: New Kids on the Block relive nostalgia with the help of En Vogue, Salt-N-Pepa and Rick Astley 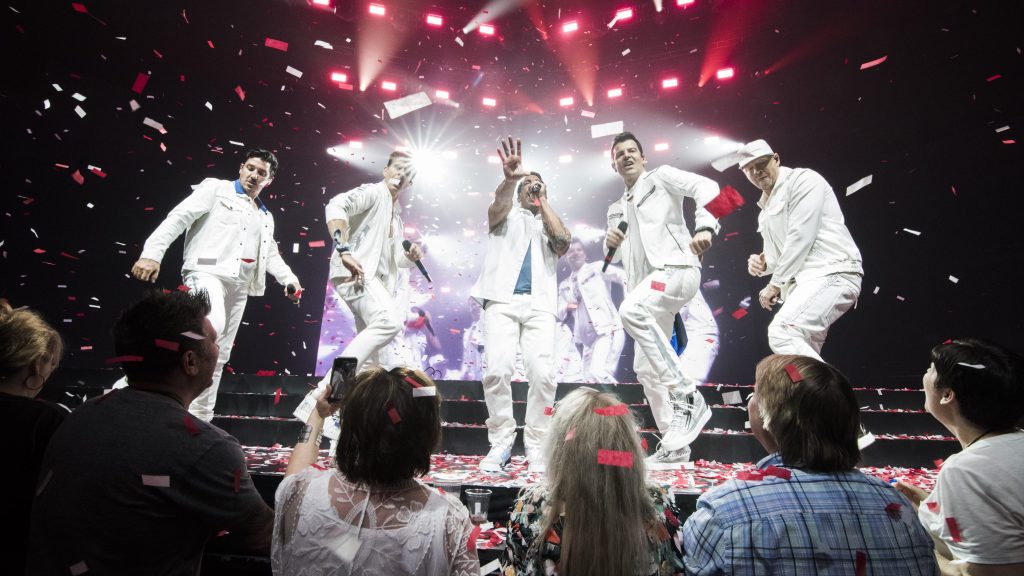 Fourteen years after reuniting, New Kids on the Block continues to surprise. And they did it once again on Tuesday to a crowd of about 10,500 at the Xcel Energy Center in St. Paul.

Now in his early 50s, the New Kids have consistently used nearly three years of boy band success as the basis for a series of entertaining live tours, except for the 49-year-old Joey McIntyre group. The current outing, called the Mixtape Tour, is their ninth since 2008 and they also host a wildly popular annual cruise that returns to the action in October.

As they last saw in 2019, NKOTB retained the traditional role of an opening act and worked mini sets from Salt-N-Pepa, En Vogue and Rick Astley into their shows, turning it into a non-stop late Gave. A journey of nostalgia in the early 80s/90s that lasted over two hours straight.

They debuted with a seven-song set featuring both old favorites (“You Got It (The Right Stuff),” “Cover Girl”) and reunion-era songs that were not radio hits, but loyal fans of the group. Familiarize yourself with the base. (“Dirty Dancing,” “Summertime”). By the time they reached “The Whisper,” people were making their way through the crowd to the second leg behind the arena floor.

From there, we got the first appearances from En Vogue (“My Lovin’ (You’re Never Gonna Get It), “Free Your Mind”) and Rick Astley (“Together Forever,” “It Will Take a Strong Strong Man”). Both acts with Salt-N-Pepa each returned several times throughout the show and focused on their biggest singles, with En Vogue joining SNP for their smash joint hit “What Man”. .

The New Kids worked on a small DJ set with remixes, mashups and samples (including “Return of the Mac” by Mark Morrison and “Sweet Dreams (Are Made of This)”) by Eurythmics. Later, she led audiences in earlier hits such as Cindy Lauper’s “Girls Just Wanna Have Fun” and Bel Bive Devo’s “Poison”. After the crowd shouted through Bon Jovi’s “Livin’ on a Prayer,” cameras focused on the smiling mug of Donnie Wahlberg. And then the arena recoiled in real life when Astley, 56, appeared on the scene to sing “Never Gonna Give You Up,” behind the screen playing the iconic music video of the song. (The New Kids briefly followed them, acting as backup dancers.)

A big part of what makes New Kids Show so much fun is that people don’t take themselves too seriously. They keep the mood light, frothy and festive. They bump and grind like they’re auditioning for roles in the next “Magic Mike” sequel. And, yes, once again he had a camera feed from his changing room that gave the almost entirely female crowd a chance to see his lacquered chest and bulging muscles.