Confirmed: The British Museum is in talks with Greece to bring back the Parthenon Marbles 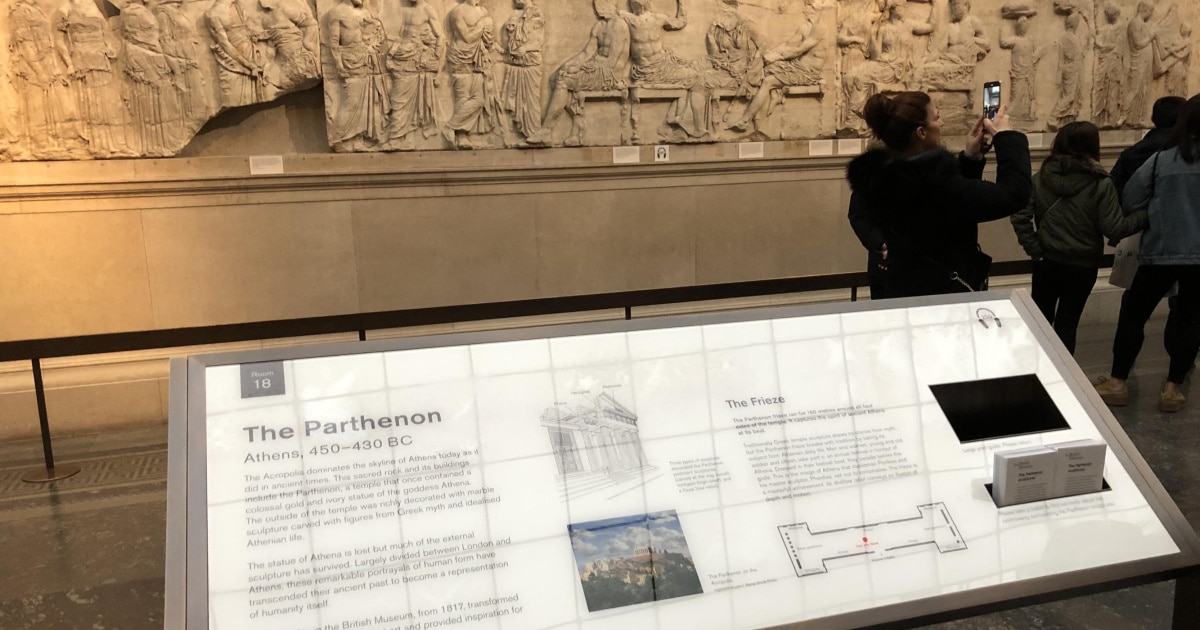 President of the British Museum, George Osborne held “secret” talks with Greek Prime Minister Kyriakos Mitsotakis this weekIn which he addressed the return of the stone to the Parthenon in Athens, according to the newspaper many times.

The former conservative finance minister, who was appointed head of the Museum of London in June last year, met the Greek leader at a hotel in the wealthy Knightsbridge district of the British capital, according to the newspaper.

Mitsotakis was received by British Prime Minister Rishi Sunak and King Charles III during his visit to the United Kingdom. “Exploratory talks” with Osborne last NovemberAs revealed by the Greek press.

new meeting at Knightsbridge, whose sole purpose was Addressing the return of 2,500-year-old idols raises hopes For progress towards resolving the bitter dispute between the UK and Greece.

Athens has been asking for pieces for years and apparently made in 2009 New Acropolis Museum To demonstrate that this is a fitting place to keep this archaeological treasure.

sculptures, known as The Elgin Marbles, Large in the British Museumwhich houses an extensive collection of pieces from ancient Greece and other ancient cultures, as well as the largest display of objects from Pharaonic Egypt outside Cairo.

The Parthenon Marbles were acquired between 1801 and 1805 by the Scottish nobleman Thomas Bruce, 7th Earl of Elgin, when he was ambassador to the Ottoman court in Istanbul – which occupied Greece, and It was later sold to the United Kingdom, a transaction that Greece has described as “looting”.