COP27 can make a difference 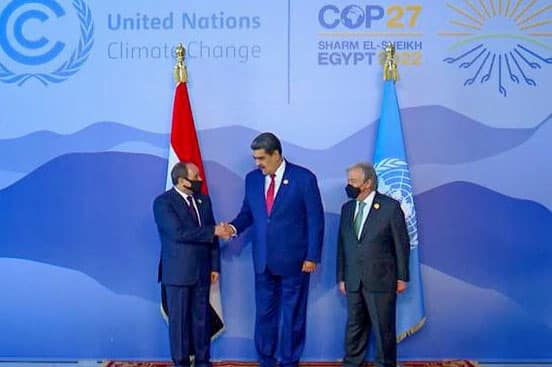 The most anticipated event in environmental matters is taking place at the end of a year marked by rapid climate change: wildfires, droughts, rising sea levels, high temperatures and major floods, which are getting worse. In fact, a report by the World Meteorological Organization (WMO) states that the past eight years, from 2015 to 2022, have been the warmest in history, confirming that change is taking place at a devastating pace, Lives and livelihoods are being killed on all continents.

“We must respond to the planet’s distress signal with ambitious and credible climate action. COP27 must be in place, and now must be the time because it can make a difference.”

Similarly, the pace of sea level rise has doubled since 1993. The UN agency said it has increased by about 10 millimeters since January 2020 and is a new maximum mark this year.

Furthermore, this year was exceptional for the glaciers of the European Alps, as earlier signs point to an unprecedented melting.

That same WMO document meant that heat waves killed hundreds of people earlier in the year in South Asia, with many countries experiencing the hottest temperatures for more than 120 years when records began.

The inhabitants of Europe experienced the hottest summer in the last 500 years, accompanied by wildfires, droughts and deaths, while the main rivers reached historic lows.

In August, a third of Pakistan was flooded, with devastating consequences for its population and economy, China experienced the highest temperatures in its history, and many places in Iraq exceeding 50 °C, the hottest on the planet. got hot.

Hurricane Ian in the Caribbean and the United States was further proof that no country is untouched by the effects of climate change, all events that await humanity only if we do not act on global warming.

Faced with such a scenario, the Secretary-General of the United Nations, Antonio Guterres, claimed that the planet is saying loud and clear that it has reached its limit and there is no time to waste as it is fast approaching the end of human life. Coming at a dangerous juncture. From health and safety and the natural environment to our economies, assets and infrastructure.

In his reflection, he meant that climate and nature crises are not inevitable, given that it is known what and how to make for a clean, sustainable and just world. The technology and tools are in place to do the job, all that is needed is political will and investment, the UN chief stressed.

On that basis it is up to COP27 to implement all the promises around net zero emissions, forest protection and climate finance commitments that were made during COP26 in Glasgow last year.

For the first time, countries were asked to end coal power and fossil fuel subsidies, which are inefficient and unequal.

The decisions now adopted at COP27 will affect not only the nearly eight billion people living on the planet, but all generations to come.