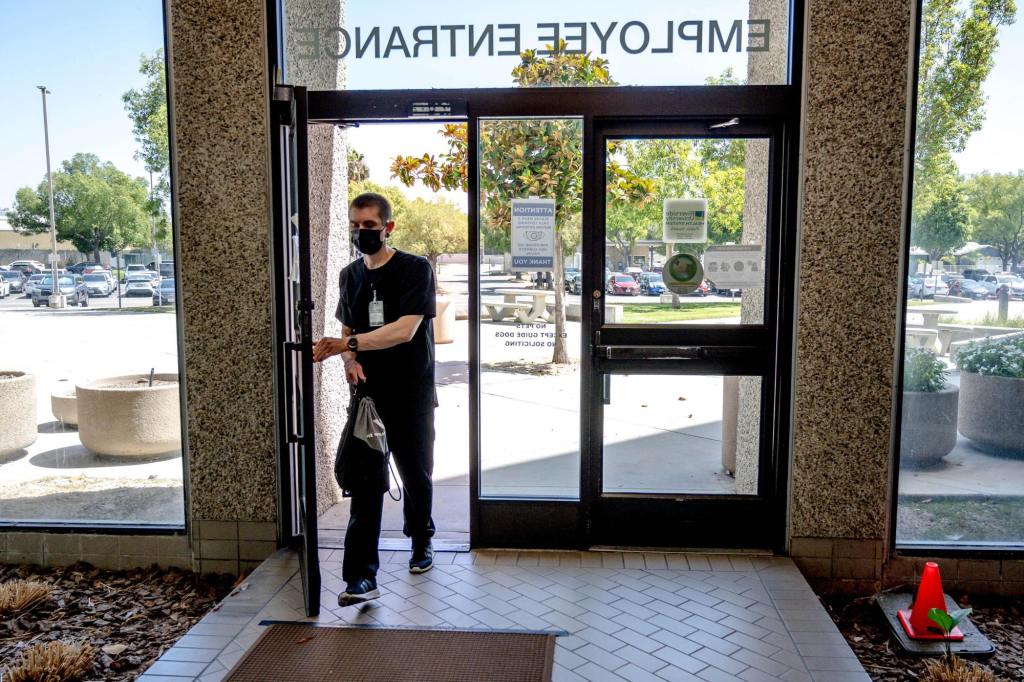 A year ago, on Wednesday, June 15, California celebrated that many had brought an end to the coronavirus pandemic and lifted most health-based restrictions on people’s everyday lives.

The number of people infected with the virus had reached a low level. For example, in Los Angeles County, about 200 new cases were being reported every day as the much-hyped “reopening” neared.

Some were getting so sick that they needed medical treatment.

Hospitals linked to COVID-19 rose to 27 in Riverside County, 41 in San Bernardino County and 212 in LA County, after a month-long decline from a catastrophic holiday spike in late 2020 and early 2021 that is still the worst of the pandemic. Stands like a wave.

Then at last summer’s party the Delta variant crashed.

A large number contracted the virus. Many landed in the hospital. People died

There was another sharp increase in cases and hospitalizations in December and January as the Omicron variant took center stage. The Inland Empire then enjoyed a long period of relative good health.

Now cases are increasing again. Since early May, reports of new infections have climbed at a sharp clip, nearly doubling in San Bernardino County and tripling in Riverside County.

Those reports are likely underestimating the magnitude of the wave, said epidemiologist Andrew Noymer, an associate professor of population health and disease prevention at UC Irvine because many families rely on at-home tests.

“Those are, for all intents and purposes, not being reported,” he said.

What is more accurately and fully reported, Noymar said, is the number of people with COVID-19 in the hospital.

“Hospitalizations have been modest, thank goodness,” he said.

Public health experts said in May that this latest wave, while dangerous, would not cause another “disastrous” blow to the region. So far this hope seems to have been held.

Looking ahead to the year after reopening and looking forward to a third summer of living with the coronavirus, here are some questions and answers.

Q: How fast are the cases increasing?

Q: How many people are being treated for COVID-19 in the hospital?

a: As of Monday, June 13, the number of coronavirus-positive patients stood at 116 in Riverside County, 111 in San Bernardino County and 579 in Los Angeles County, according to state data.

To put the numbers in perspective, Riverside County hospitalizations stood at 36 as recently as May 5. San Bernardino County recorded an epidemic low of 28 on April 24 and 25. LA County set a record low of 209 on April 22.

Hospitalizations are well below peak levels during the winter of 2020-21 and 2021-22, when Riverside and San Bernardino counties had more than 1,000 people in hospital beds, and LA County treated several thousand patients .

Troy Pennington, an emergency room physician at Arrowhead Regional Medical Center operated by San Bernardino County in Colton, said, while hospitalizations have increased somewhat, “they are still a fraction of what we saw earlier.”

Q: How does this wave compare to the delta rise at the end of last summer?

a: During the delta wave, the number of hospitalizations in San Bernardino County was 580 on August 17, 675 in Riverside County on September 1, and 1,790 in LA County on August 17.

“This wave that we are having at present is shaping up to be a minor wave by the standards of COVID,” Noymar said. “It’s going to be a lot more like last August’s delta wave than the winter waves we have.”

And, he said, the virus will likely claim fewer lives than Delta.

Q: Should I wear a mask indoors if this wave continues?

If hospitalizations continue, the country’s most populous county could move into the US Centers for Disease Control and Prevention’s “high” virus transmission category by the end of June, Ferrer said. He said LA County will reinstate an indoor mask mandate if it wants to stay at “high” levels for two straight weeks.

Q: What is the virus transmission level in my county?

a: Currently, Los Angeles County is in the “moderate” virus transmission category, according to the Centers for Disease Control and Prevention, with a new case rate of about 310 per 100,000 population.

San Bernardino County was also listed as having a “moderate” virus transmission level on Tuesday, June 14, with about 210 cases per 100,000 people.

Riverside County was rated as having a “low” transmission. With a rate of about 198 new cases per 100,000 population, the county is well below the threshold of crossing into the “moderate” category.

Q: Why are cases rising again?

a: In large part, said Richard Carpiano, a public health scientist and professor of public policy at UC Riverside, it is because people are returning to normal. They are starting to take off the mask. They are socializing more and in larger numbers.

“It is riverside. It gets hot. People go indoors for the AC,” he said.

Penney said the arrival of new coronavirus variants is also playing a role.

Q: Do we have to wear masks frequently?

“We can always wear a mask,” he said, but “people are not going to wear a mask indefinitely.”

Noymer believes that another strategy must be deployed.

He noted the threat of cholera that arose during the 19th century and the realization that purifying drinking water was important to control the disease.

“The biggest emerging disease of the 21st century is COVID, but it spreads through air, not drinking water. The solution in the long run is going to be better indoor air quality,” he said, adding that there is a need to improve filtering and circulating air.