Could Canada see another wave of Omicron cases? Here’s what the experts have to say 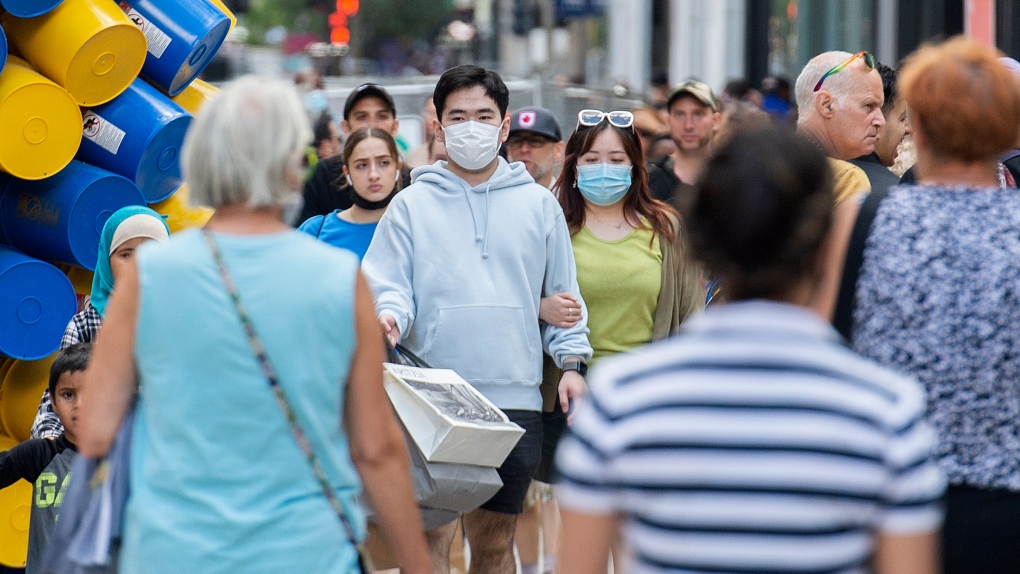 As summer approaches and COVID-19 health measures continue to ease, experts say the rise of Omicron’s subtypes could lead to another spike in cases in Canada.

BA.4 and BA.5 subvariants are driving the increasing number of cases in the US, Europe and around the world. In Canada, the two types made up 3.9 percent and 6.5 percent of COVID-19 cases, respectively, according to samples collected in the week of May 29. Cases of BA.2.12.1, another growing subtype, also represent 40.5 percent. of cases.

At a media briefing on Friday, Dr. Theresa Tam, Canada’s chief medical officer for health, noted the development of these subvariants, saying they have “demonstrated an increased benefit in avoiding additional immunity” compared to previous variants. Citing weak vaccine immunity and viral development.

“We don’t expect our progress to be linear, so maintaining readiness for a potential resurgence, which could result in a serious impact, is our best advantage,” Tam told reporters.

Toronto-based emergency room physician Dr Kashif Peerzada says the rise of these subtypes shows how quickly the virus can mutate.

“It’s evolving to defeat our immunity and our vaccine and it looks like we’re going to be in a world where we have waves every two to three months,” he told CTV news channel on Saturday . “The craziest thing is that immunity from a previous infection, whether you got Omicron in the January wave or in the last month — can’t protect you from this type because it’s isolated enough that your immunity won’t be strong enough for it.” “

In Portugal, where the BA.5 version accounted for 87 percent of cases as of May 30, the number of hospitalizations increased as a result. Last week, the Centers for Disease Control and Prevention announced that BA.4 and BA.5 now account for 8.3 percent and 13.3 percent, respectively, of COVID-19 cases in the US.

“If you look at countries like Portugal, which got the BA.5 version … it has one of the highest vaccination rates in the world and you’re seeing an increase in the number of hospitalizations there. So, that’s for us. There may be a caveat,” Peerzada said. “Hopefully, it’s summer here and schools are being closed now, which will keep us from going that bad, but it means we have to be vigilant.”

For example, Portugal has seen a large wave of BA.4 and BA.5 cases, but had a relatively small number of BA.2 cases, similar to South Africa, he said in an email to CTVNews.ca on Sunday.

But Portugal is also seeing a “decent percentage” of reinfections, with elderly individuals most likely to become ill, he says.

After taking nearly six weeks to peak in Portugal, Chagla says another wave of omicron cases could hit Canada in the next few weeks, with indoor, high-capacity and poorly ventilated spaces for COVID-19. present a greater risk of transmission.

“What should people engage with at this point [they] feel comfortable, but as community rates increase, so does the risk in these settings.” “Making with a well-fitted mask … adds protection to some of these settings.” Is.”

He recommends that people who are at high risk of contracting COVID-19 stay up to date with their vaccinations, which include the third and fourth doses. Canadians should also know where and how to get tested if symptoms develop, as well as how to access treatments, both of which are widely available in Canada and the risks of hospitalization related to COVID-19. can reduce.

Currently, Canada is seeing low rates of cases and hospitalizations and Tam said the Public Health Agency of Canada is feeling “cautiously optimistic about the current trajectory”.

Infectious disease specialist Dr. Isaac Bogoch told CTV News on Friday: “If you compare where we are now, versus where we were, you know, a month and two months ago, we’re doing a lot better. “

However, Bogoch believes that, citing wastewater data in Ontario showing a recent increase in SARS-CoV-2 concentrations, “there may be a heat bump in the matter, depending on whether there is a heat wave.” That’s how it plays”.

“It’s showing a slight bump in the signal, and I don’t think it’s just a flicker,” he said. “I think it’s the real deal because if you look at different regions of Ontario and it’s not geographically unique to one region. You’re seeing that signal across multiple geographies.”

Mango is expanding its presence in Canada with the opening of six stores in Toronto.

Logistics market in the US and Canada

With Heat going down Kyle Lowry, Gabe Vincent asked to step up again