Covid cases in Rosario increased by 300% in just one week 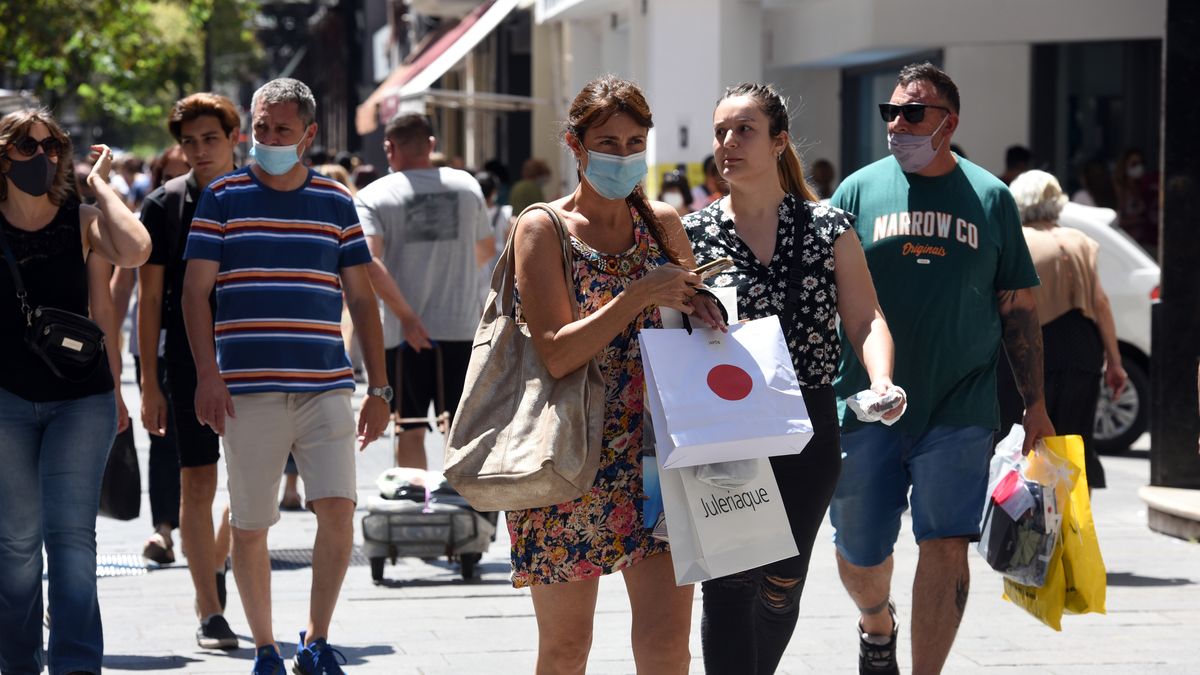 This pandemic is not over, it is a fact. On 10 October, the Sanatorio Parque Covid center, which had been a benchmark during the peaks of the pandemic, closed its doors after seeing a significant and sustained decline in cases. Symbolizes the end of a stage.

However, yesterday, Thursday, in the face of a new increase in positivity and with several people admitted to that institution due to complications from the virus, Grupo Orono decided to reopen it, at least until they see that How the panorama of epidemiology develops.

The reopening of this location is representative of what is happening in Rosario, where, according to data provided by the Ministry of Public Health, cases climbed 300% in one week, a number that requires reviewed protocols , although this is not significant if it is compared to previous peaks.

As of yesterday, weekly positive swabs had not reached 300, although it is estimated that underdiagnosis is higher because many people do not swab or consult.

The positivity rate of tests processed in Kemer laboratory was 35% in the recent past and the trend indicates that it will increase.

In the province, reports with weekly numbers will be available today and the increase is expected to be significant, as the number of Covid positives has been increasing day by day since the beginning of December. Between December 4 and December 10, the number of cases across the province jumped from 88 to 400.

In health centres, hospitals and sanatoriums, the movement of people with symptoms favorable to Covid, who go in search of medical help and who want to undergo self-immolation, is being seen once again.

So far, the Omicron BQ1 sublineage, which would be responsible for a new wave, doesn’t seem to be causing particularly severe effects, according to infectionologists and other experts.

The recommendation is that people who have two or more symptoms should self-isolate for five days to avoid spreading the virus. Internationally, there are studies that have determined that although it is no more dangerous than other Omicron subvariants, BQ1 has a higher transmission power.

For people over the age of 50, for people of all ages with pre-existing diseases and health workers, tests are available in public health centers (provided a consultation with a doctor is made beforehand) or in private sanatoriums, According to the coverage each person has.

In pharmacies, self-tests are sold for 2,000 pesos (approximately), which are usually purchased by people who cannot access free tests and need to know their status.

The majority of those buying them are individuals with mild symptoms, as those with more severe manifestations go directly to a doctor or seek virtual consultations, reports the College of Pharmacists.

In recent days, the demand for these devices has increased by 150% in Rosario. The positivity rate of these home tests also increased, which was already 45% when it was barely around 3.5% in October.

Carolina Subira, in charge of the patient safety area of ​​Sanatorio Parque and advisor to the Rosario Association of Private Clinics and Sanatoriums, told La Capital that “due to the increase in Covid cases in the city, which is an increase in consultations for the respiratory virus already Noticing, and there are even more hospitalizations due to Covid, we decided to re-open the center which specializes in the care of these patients and which has all necessary isolation conditions.

At this time, the hospitalization capacity at most sanatoriums is full with patients with scheduled or urgent surgeries and other deformities: “Since we didn’t have a reserve of beds, we decided to reopen the place to meet the demand.” generate new Covid patients and isolate them within the institution”.

People with chins are again seen on the streets. Of course, there are still some, and most of those who use them are older adults or young people who have some chronic pathology.

There has been a slight increase in recent days in buses and other closed spaces, but the use of face masks is not widespread, even when the air conditioning is on and the windows are closed.

In Santa Fe, the Ministry of Health issued a strong recommendation that masks be used in places with no ventilation and worn exclusively by those with comorbidities.

In private health institutions, there are already many people who stipulate that employees use masks again and again at all times when doing their jobs. In Grupo Orono, for example, it was made mandatory for health agents.

It is not mandatory for patients but the advice that they use it to avoid getting or transmitting the virus is still valid.

This Wednesday in public institutions were evaluated to make a similar decision with field workers.

Doctors and health officials again recommend taking preventive measures. The most important include:

Use chinstraps in closed places (offices, groups, health institutions), especially for people who have risk factors.

Complete vaccination plans (initial plan and booster dose according to the dose each person received and 120 days have elapsed since the last dose).

Isolate yourself for five days before you have symptoms favorable to the coronavirus.

Staff picks for Week 16 of the 2021 NFL season: Christmas games, Patriots vs Bills, Steelers vs Chiefs and more