COVID: More than a thousand people are vaccinated per day and they ask for more doses 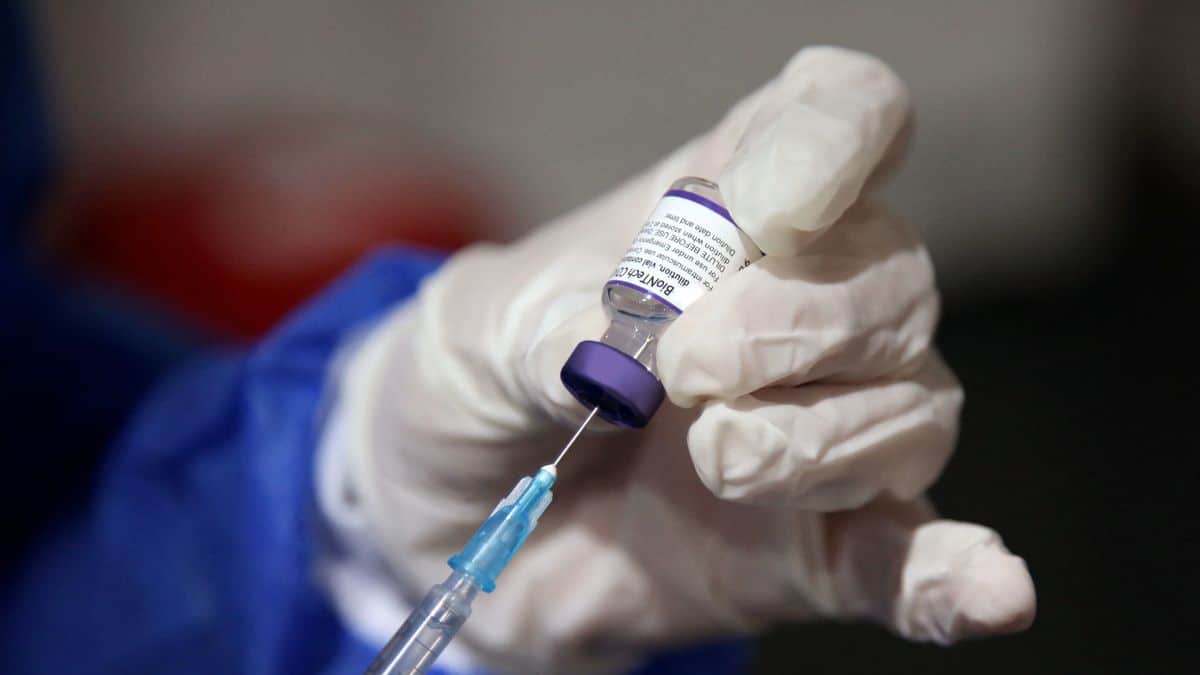 The province’s health system is on alert for a rise in cases of covid, Especially in Greater Buenos Aires, and called on people who have not received additional and booster doses of vaccines to come to vaccination centers.

The scenario is far from dramatic, but from one week to the next, infections doubled across the country. Especially in 22 out of 24 jurisdictions, where 85% of virus circulation is in AMBA.

Cecilia Miranda, director of epidemiology for Neuquen province, warned LM Neuquen, “Vaccines are key, reinforcement should be given 120 days after the last dose applied, which is the best way to avoid hospitalizations and deaths.” Is.”

As the virus has begun to increase nationally, vaccinators at Newquan are slowly starting to give patients a fourth or fifth dose, which are booster doses, to an average of 1,000 people per day. On an average, 6 to 7 thousand people have been vaccinated weekly since the last week of November.

According to reports from the province’s health ministry, cases in Neuquen have stabilized and are not serious. In week 49, which corresponds to the last official report, 62 new cases were reported, a 130% increase from the previous week where 27 infections were registered.

In terms of active cases, the province as a whole has 58, an increase of 176% against 21 last week. Regardless of the numbers, the number of infections is a far cry from the waves of COVID where more than 2,000 cases were reported per day and twenty deaths.

It is worth remembering that 49.1% of the coronavirus cases are found in the city of Neuquen and the rest are spread across the province.

For Miranda, despite the increase nationally, additional and booster vaccinations are critical to maintaining this infectious plateau. In Neuquen, a substrain of the Omicron strain is circulating, but no people have been admitted to intensive care and no deaths have been recorded for a long time.

In Neuquen, 17,730 boys and girls between the ages of 13 months and 4 years were vaccinated.

In Neuquen, 17,730 boys and girls between the ages of 13 months and 4 years were vaccinated.

Since the vaccination plan began in December 2020, 1,701,847 doses have been administered, with the cutoff being 13 December. Among these figures are 650,151 who received the first dose of the COVID vaccine, 589,829 the second and 461,867 additional and booster doses, known as the fourth and fifth doses.

no deaths or hospitalizations

Beds with respirators, which were scarce during the worst phase of Covid in Neuquén province, are empty today. According to experts, the new strain weakened against the wall of vaccination imposed on it, but the virus did not disappear. It continues to climb slowly, with fewer symptoms, despite the fact that care is recommended.

Cecilia Miranda, director of epidemiology for the province of Neuquén, confirmed that there has been no change in health protocols regarding the mandatory use of face masks, although she added that the recommendation to do so is for those who are older adults with respiratory pathology. And are in closed places.

In conversation with LM Neuquén, the expert said, “In 2022 we had a huge complication because other viruses with respiratory pathology beyond COVID were in circulation.”

The topic came to the fore because of a message broadcast during the week from the Urban Mobility Secretariat of the Neuquén municipality, in charge of Santiago Moran, with recommendations for the use of chinstraps for short and long distance bus trips.

Chinstrap, recommended within the school

“We are aware of the nation’s recommendation to CABA and AMBA, we are definitely going to make posters with recommendations, but this is not official. We also see that travelers take care of themselves, many different- Wear masks for different situations,” the municipal official had said.

The official clarified that this is not an official recommendation of the commune regarding the state of health, but he echoed Transport de Nación and joined the prevention. However, after the resolution number 1849/2022 of the Ministry of Health of the nation on 21 September, the use of masks is no longer mandatory in the country.

The recommendation, beyond the use of chinstraps in the bus, also focuses on the fact that there should be cross ventilation in the transport system to guarantee air circulation.

Ant Anstead denies using son as a ‘puppet’ on Instagram, as does Christina Hall, she says