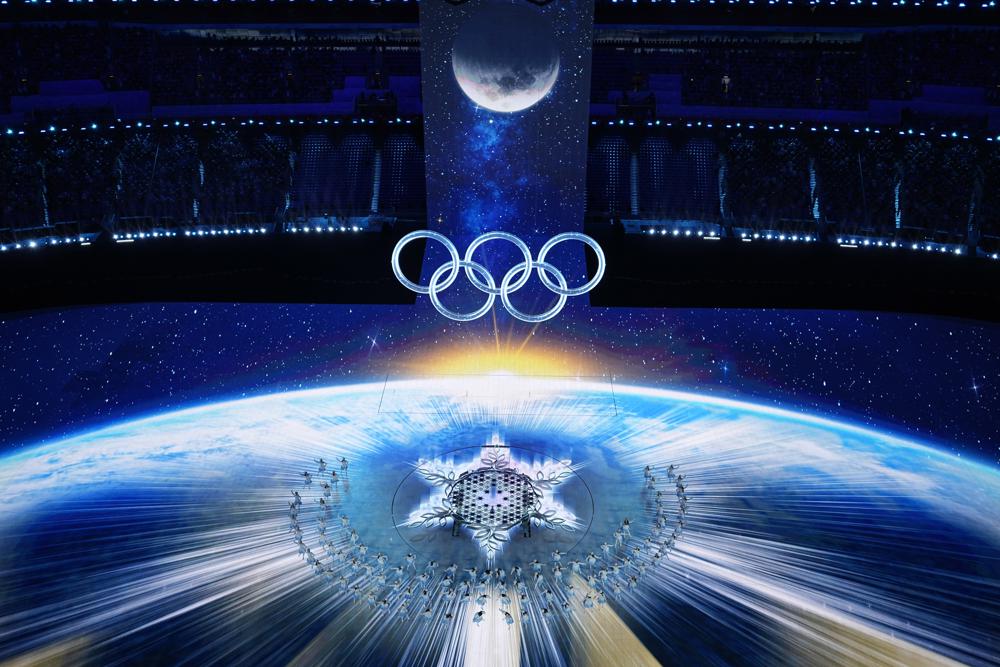 The Winter Olympics officially kicked off Friday evening in Beijing six months after the delayed Tokyo summer games, marking the second time the international sporting event has taken place during the coronavirus pandemic.

The extravaganza in the Beijing National Stadium, also known as the Bird’s Nest, plans to showcase the Chinese lunar calendar’s seasons and celebrate the new year with a cast consisting of ordinary Chinese citizens, according to a preview provided by organizers. The entire show will take place on top of a large LED-screen floor.

Directed by acclaimed movie director Zhang Yimou, who also helmed the opening ceremony of the 2008 Beijing Summer Olympics, this year’s event is expected to be a more muted affair due to the pandemic. It will last just 100 minutes, while the 2008 show, widely seen as one of the most lavish displays in modern Olympic history, lasted four hours and featured 15,000 performers.

Beijing will also be the first city to have hosted both the summer and winter Olympics, but the 90,000 seats at the stadium this year won’t be fully occupied due to Covid restrictions. No tickets were sold to the general public but organizers were allowed to invite some spectators, who have to undergo quarantine to attend events.

The stakes are high for Beijing this year, as the country seeks to use the occasion to showcase a more positive view of Chinese culture amid deteriorating views of the country around the world, particularly among democratic nations. A US-led diplomatic boycott of the games means that President Xi Jinping will host just 21 world leaders, a majority of whom are from non-democratic countries. Some countries, including New Zealand and Austria, cited Covid restrictions as the reason for not sending dignitaries to the event.

In its dedication to stamping out Covid-19, athletes and other participants must enter a “closed loop” in Beijing that is completely cut off from the broader population, with measures including daily testing. So far, 380 Covid cases have been detected at the games. In comparison, the Tokyo Olympics recorded just over 100 infections before the opening ceremony, reflecting the more infectious nature of the omicron variant and more frequent testing in China.

The start of the Olympics has also boosted market sentiment. Shares of Chinese sportswear makers climbed in Hong Kong trading Friday as investors bet that the games will spur demand amid the government’s drive to increase health awareness and promote winter sports.

The man was charged with the murder of St. Paul, whose dismembered remains were found in Lake Superior.