Crisis in Peru: a session in Congress has been postponed due to a scuffle between legislators 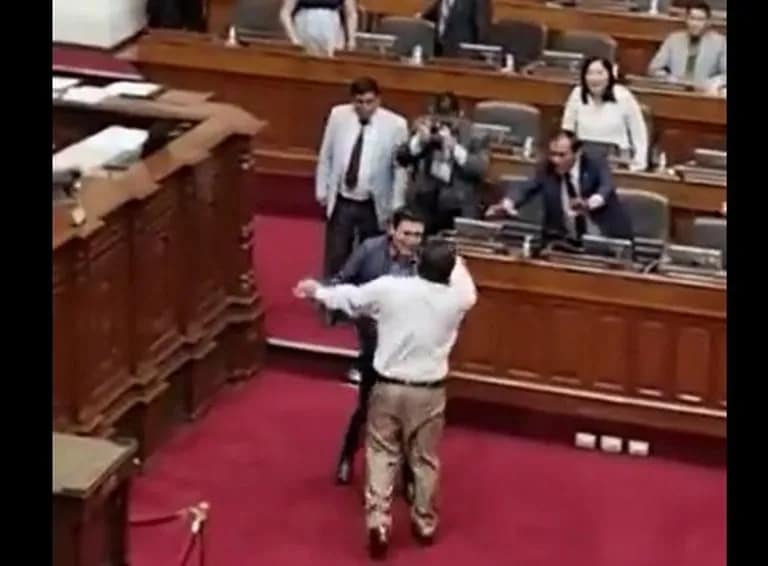 LIMA.- Amid the political crisis in Peru, today’s session at the plenary session of the Lima Congress, which aimed to debate the legal status of former President Pedro Castillo, Had to suspend after discussion and confrontation between congressmen, As a result of which two MPs grabbed each other and fought.

Members of Peru’s Congress met this afternoon to analyze preliminary proceedings against the former president Castillo was deported by the National Prosecutor’s Office after being arrested for crimes of rebellion and conspiracy By trying to stage a coup after shutting down the legislative branch and announcing reforms to the judicial system.

During the session, Congressmen from the opposition and the ruling party held a harsh discussion on allegations made by members of the opposition that the former Left leader was to blame for the deep political crisis in which the country has been immersed for years. Which took to the streets in violent protests that have already left one dead and five injured.

But the situation escalated to the level of violence inside the campus when the Congress passion davilaCastillo’s Peru Libre party and a member of the left-wing parliamentary group Bloc Magisterial started a conflict with the parliamentarian. Juan Burgos, advance country.

Videos of the punches spread quickly on social networks, with pictures showing one of the congressmen running from the compound to find his opponent, and then how bystanders try to separate them.

,Facing the cowardly onslaught of militant congressman Pasion Dávila and those around him, they seek only anarchy and anarchy, marching sinister in the streets and defending corrupt and dictators like Pedro Castillo”, Burgos posted on his Twitter social network account after the attack.

“I was near the route, I came to know everything. Pasion Davila came in with a very serious and aggressive demeanor, crossed the full session and treacherously punched Juan Burgos in the back like a coward. Finish it off and see how Juan Burgos was behind him and he appeared to run in his place. He acted like a coward,” said legislator Patricia Chirinos. Nahar N.

Meanwhile, agricultural unions and farmer and indigenous organizations announced “indefinite strike” starting from Tuesdayadding to the calls to close Congress, push for elections and a new constitution, according to a statement from Peru’s Agrarian and Rural Front.

The group bringing together a dozen organizations also seeks “Immediate Freedom” of Castillo.