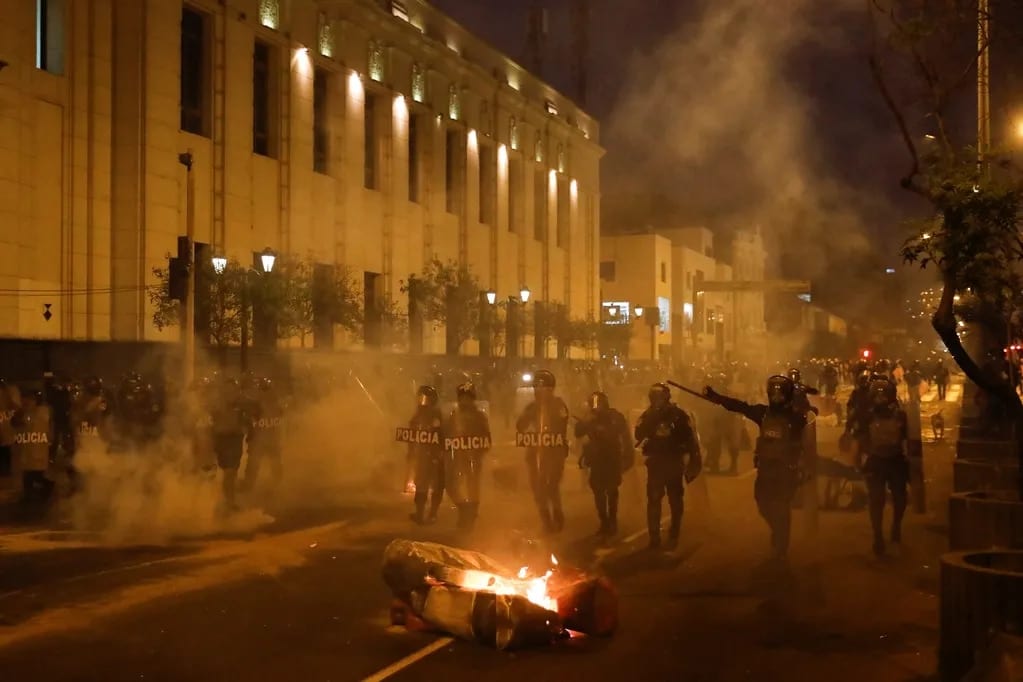 new president of peru in the boulevardannounced on monday morning Will propose to push the elections till 2024On Sunday, thousands of protesters took to the streets again in various Peruvian cities to demand his resignation and to hold elections to replace him and Congress. At least two people had died during the protests.

In a televised speech, Boluaarte sent a message to the protesters and said he would propose to parliament to push the elections until April 2024. This announcement is a major change from his previous statements that he should be able to serve 3.5 years. period of its predecessor. “Broadly interpreting the will of the citizens, I have decided to take the initiative to reach an agreement with the Congress of the Republic to pursue general elections.”

Many of the protesters in the current political crisis demand the release of pedro castilloThe centre-left president who was ousted by lawmakers on Wednesday after he attempted to dissolve Congress ahead of a vote to decide whether to impeach him.

Hundreds demonstrated in Lima, where police fired tear gas to quell the protests. In his message to the nation, Boluaarte declared a state of emergency on the outskirts of Lima, where the protests were particularly violent. The demonstrations roiling Peru have intensified especially in rural areas, the strongholds of Castillo, a former schoolteacher and political neophyte from a poor Andean district.

Protesters set fire to a police station, vandalized a small airport used by the armed forces, and marched in the streets. A 15-year-old boy died from injuries sustained during a demonstration in Andahualas, a remote Andean community, legislator Maria Taipe Coronado said during a speech at the Legislative Assembly calling for Boluaarte’s departure. “The death of this compatriot is Mrs. Dina’s responsibility that she did not resign,” charged Taipe, who belongs to the Peru Libre party that helped Castillo and Boluarete win elections for president and vice president last year.

read this also Dina Boluarte negotiates for a new government in Peru, while jailed Pedro Castillo requests asylum in Mexico

State press reported a second death in the same community, but did not release further details.

Hours after Bolluarte, 60, was quickly sworn in midweek to replace Castillo, the now-former president stunned the nation by ordering the dissolution of Congress, in response to which he was dismissed for “permanent moral turpitude”. Gone. He was arrested on charges of rebellion.

Castillo made his unsuccessful move against the opposition-controlled Congress as lawmakers prepared to launch a third impeachment against him.

read this also Dina Boluarte, the first female president in the history of Peru: “I call for the unity of all”

Scattered protests across the country continued for several days. These have also included road closures, leaving people stranded for hours. In Andahuallas on Saturday, 16 people were treated in hospital, including one in critical condition. Boluaarte urged national unity so that the country could recover from the latest turmoil. But many of those who took to the streets in support of Castillo branded him a “traitor”. “No Peruvian’s life deserves to be sacrificed for political interests,” Boluarte tweeted hours before his message to the nation. “I express my condolences on the death of a civilian in Andahuaylas. I reiterate my call for dialogue and an end to violence.

Peru has had six presidents in the last six years, including three in one week in 2020, when Congress exercised its powers of impeachment. Power struggles in the country continue as the Andean region and its thousands of small farms struggle to survive the worst drought in half a century. The country of more than 33 million people is also going through a fifth wave of COVID-19 infections, after recording some 4.3 million cases and 217,000 deaths since the pandemic began.