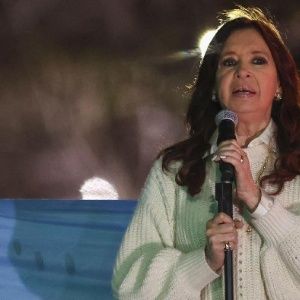 Argentina’s Federal Oral Court 2 will this Tuesday issue sentences in the highway case against 13 officials, including Vice President Cristina Fernandez de Kirchner, who could face up to 12 years in prison and disqualification from holding public office.

Juan Carlos Villafane, former chief of roads in Santa Cruz, will make his latest statement at 09:30 local time, while the defendants will follow the verdict via videoconferencing.

During the trial publicized by prosecutors Diego Luciani and Sergio Mola, who could not prove their allegations, the defense teams of the defendants sought acquittal on the grounds that the crime did not exist.

In this sense, the lawyer of the former President of Argentina, Juan Manuel Ubeira, affirmed on the eve of the day that “people of different ideologies agree in the same view that in this case there is no supporting evidence to be incriminating.”

During his final statement at the trial, Fernández de Kirchner said that when he initially referred to the Lawfair Court “after everything I’ve had to go through, this court is a firing squad.”

For their part, the parties that make up the Frente de Todos (FdT) have expressed their support for the vice president, meanwhile, various organizations have called for a series of demonstrations throughout the day.

In turn, the President of Argentina, Alberto Fernandez, and a large part of the administration reaffirmed their support for the former president, while condemning judicial overreach, whose term had expired since 2015.