Cruz and Banderas united with humor in the “official contest” 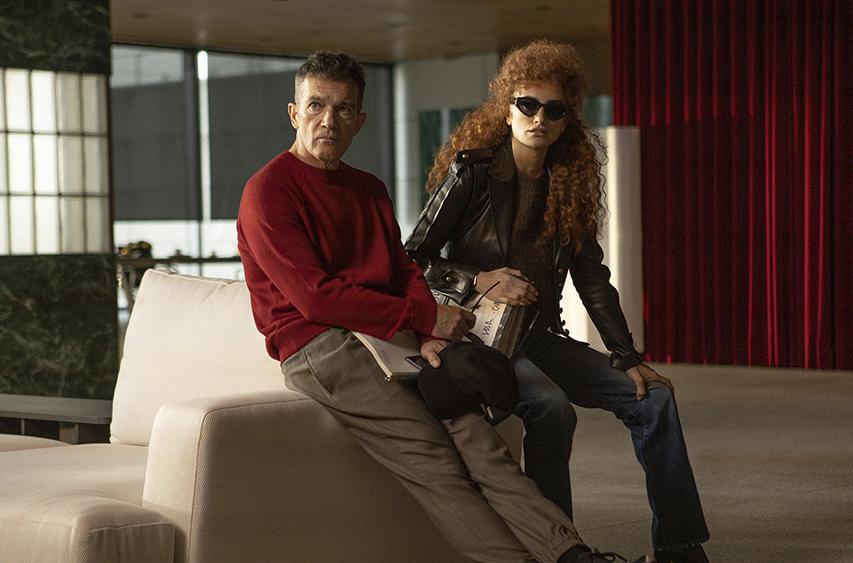 MEXICO CITY ( Associated Press) — What is art? Does winning an award make you a better artist? Is It For Pseudo Actors To Star In Blockbuster Movies? These questions are highlighted in “The Official Competition”, a comedy starring Penélope Cruz, Antonio Banderas and Oscar Martinez in a battle of egos.

The deadly sin of vanity is experienced with great intensity throughout the film, directed by Argentinean Mariano Cohn and Gaston Duprat. It is felt from the very beginning, when a businessman close to being an octogenarian (Jose Luis Gómez) seeks to make his mark on history by funding a film about two brothers fighting to the death, directed by a renowned filmmaker (Jose Luis Gómez). Although he has not read the novel on which it will be based).

The director is Lola Cuevas (Cruz), a woman without filters, relentless, passionate about the smallest details about her films, but with an unconventional approach: “She believes that actors suffer for better results, Cruise said in a recent video call interview from New York, where the film was screened at the Tribeca Film Festival before its release in US theaters on Friday.

“He’s a very quirky character, very quirky, but that’s why he’s so charming. When I read it (I said) ‘How wonderful, how lucky to be able to play such a man, a creature without filters who He says everything he feels and thinks, he doesn’t care what they think of her. Oscar winning actress.

One of Lola’s first comments on the film is that “an artist without children has a great advantage; he can create freely without fear; there is panic when there are children.”

Cruz, a mother of two, disagrees with her character’s statement.

“You can use it in your work, it’s definitely a great injection of creativity. Although you’re pretty tired all the time, it doesn’t matter, it’s worth it,” said the actress, who He was recently awarded the 2022 National Film Award of Spain for his contribution to Spanish cinema.

In the “official contest”, Lola summons two equally well-known actors, but utterly opposites: Iván Torres (Martínez), a very experienced Argentine who has his own school, does theater and rises to fame. hates deceptive glitter; and Felix Rivero (Bandaras), a star of international stature with multiple awards and blockbuster films, but who is late for his rehearsals. Tension is present and rising from the first reading of the script, but, secretly, slowly, Ivan and Felix begin to do things they see about each other, while trying to demonstrate their superiority. We do.

“They are dangerous animals. They can be destroyed to have a dominant position in that production,” Banderas said in a video call from New York.

For the Spanish star, one of the film’s successes is that “you can see how easy it is for people to criticize”. In his case, he has avoided falling into Felix’s mistakes, as a result of meeting actors like his character in real life, despite having a world-renowned career.

“My career was built little by little,” Banderas said. “Basically, I started in theater, which helps a lot, because theater relaxes you very strongly every day, you have an audience that reacts to what you’re doing or doesn’t , and you start analyzing yourself. It’s a totally different way than what you’re doing. What film actors do… I think it’s very dangerous when your career is successful from the very beginning.”

In “Official Competition”, Lola acts as a referee but also as a sparring partner, instigating lawsuits between the two actors, as she believes that if the tension is real, her film will be better. One of the trials he takes to combat his ego is the destruction of his prizes, which include his own Palme d’Or and the Venice Silver Lion.

“You can take this very seriously, you can think of it as a very real exercise for any human being to break the kind of attachment that we have to objects, and the things that we get in life. things,” Banderas said. ,

That was one of Cruise’s favorite scenes, as well as another in which the director is alone on the floor, talking to himself through a plastic tube, insulting each other.

“I think it’s a very funny and very pathetic moment where you even see the girl lost inside you,” said the actress, whose character sports curly red hair that gives her a very different air.

“It’s a great statement,” he said of this physical aspect of Lola. “She doesn’t try to hide, she wants people to see her, to see her. She thinks she always has the most interesting thing to say, she’s an egoist.”

Featuring the great personalities of the three main characters, the film, shot in San Lorenzo de El Escorial, Spain, takes place in a cultural complex whose gloomy and modern architecture contrasts with the absurdity of the scenery, but it feels like a concept. performing arts

“Being in those places raises a lot of questions about art, what’s wrong, what’s right,” Cruz said. “Being in that space there was information floating everywhere in the room.”

Filming began in early 2020 and was cut short in March due to the pandemic. He resumed it by September of that year.

The role of a director has only fueled the spark that Cruise has had since the age of 16 to take that chair into a production. The actress directed a documentary, “Main Ek Lakh Mein Ek Hoon” in 2016 and two short films for lingerie brand Agent Provocateur.

“It’s something I definitely want to do in my life,” Cruz said. “I am preparing a documentary which will take me years, because it is complex and requires different treatments and different locations. It is not an easy subject to deal with, I need time to do it, He added without disclosing the details.

Although they have known each other for almost 30 years and consider themselves friends, “Official Competition” is the first film to feature several scenes and dialogue from Cruz and Banderas together. Prior to this, he shared short scenes in “The Passing Lovers” and “Pain and Glory” by Pedro Almodovar.

“It was a delight and especially in a comedy world, although it is a thoughtful and complex film at heart,” Banderas said. “Seeing him creating a character, a character that has nothing to do with who he is, was great.”