Cuba appreciates support in Europe against US blockade 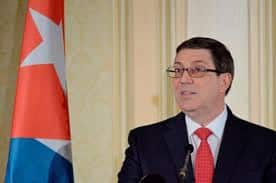 Cuba appreciates support in Europe against US blockade

The forum held in the European Parliament under the organization of La Izquierda’s group in the Eurochamber described the siege that Washington maintains as a crime against the Antilles.

Spanish MEP Manuel “Manu” Pineda affirmed that the blockade is a criminal measure that affects Cubans from birth to death, from rising to going to bed, and in all aspects of their lives.

They also called for going beyond political solidarity to support the Caribbean country’s development efforts and mitigate the consequences of the US blockade.

Martinez, who chairs the Economic Affairs Commission of the National Assembly of the People’s Power of Cuba (parliament), specifically addressed the tightening of the siege in recent years, with Donald’s administration adding 243 new Application of measures included. Trump (2017–2021).

For his part, Aleman in his speech highlighted the defense of the sovereignty of civil society in the Caribbean nation and its innovative and resistant attitude in the face of the blockade and its consequences.

Why has Britain’s wet summer been bad for bees?