Cuba may seek US emergency aid after Hurricane Ian damage 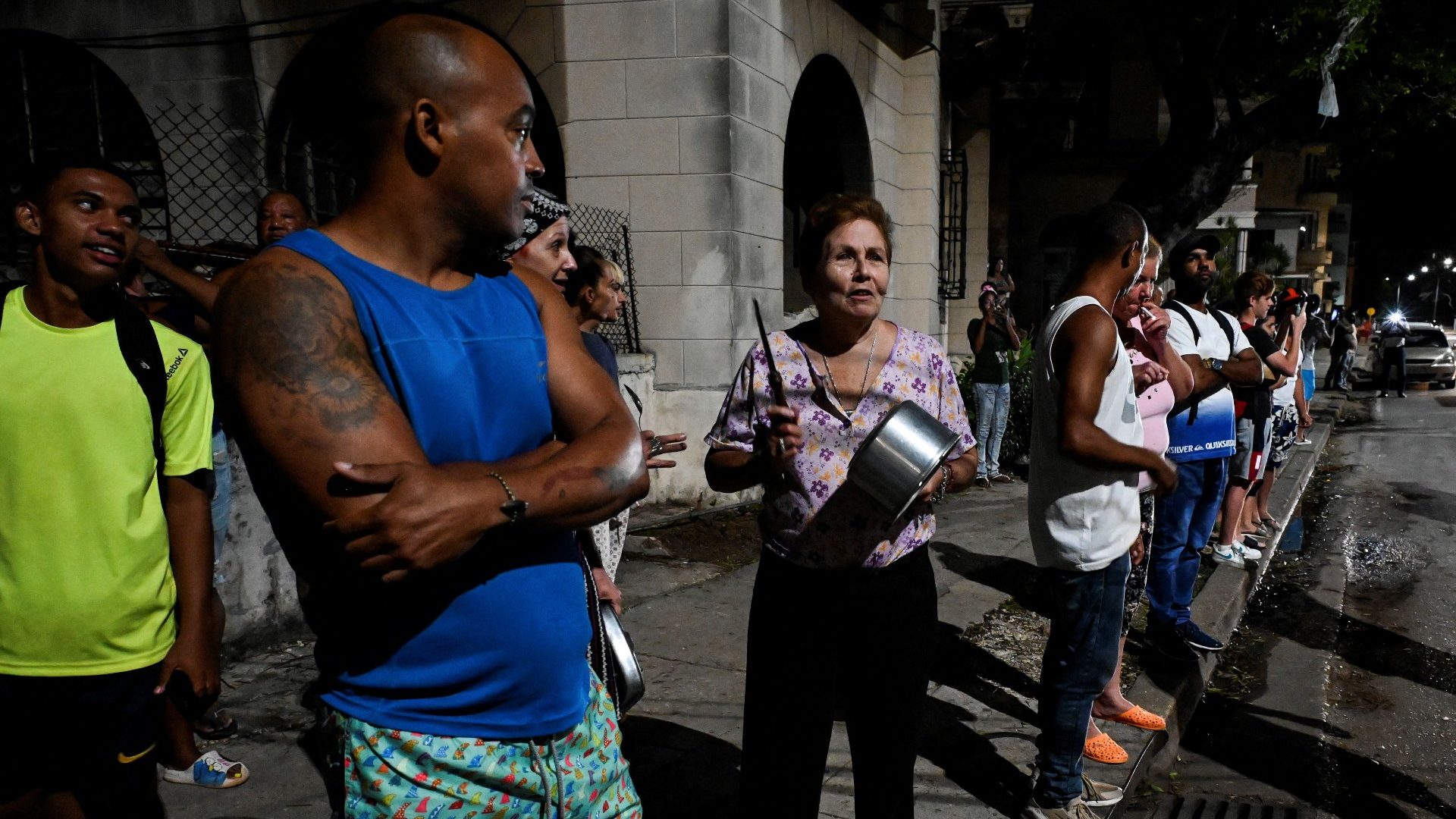 In the dark, dozens of Cubans protested in various parts of Havana 1:00

(CNN Spanish) — According to The Wall Street Journal, following Hurricane Ian’s disastrous passage through the island, the United States may have received a request for emergency assistance from the Cuban government, citing email communications that the newspaper has seen.

According to the newspaper, Cuba did not determine the amount of aid requested and the US was still trying to determine whether the government in Havana would fulfill the request while it works to determine the extent of the damage.

In response to a query from CNN, a spokeswoman for the US State Department said that Washington is “in communication with the Cuban government regarding the evolving humanitarian and environmental consequences of both Hurricane Ian and the August 5 fire in Matanzas, and we are those.” To evaluate ways in which we can continue to support the Cuban people in accordance with the laws and regulations of the United States.”

CNN has also tried to contact the Cuban government and its embassy in the US for more information, but has not yet received a response.

According to the United States National Hurricane Center, Hurricane Ian made landfall in the early hours of September 27, southwest of the city of La Coloma in Pinar del Río province, with maximum sustained winds of 200 kph.

Ian left at least two dead and problems with the island’s electricity service.

Cuban President Miguel Diaz-Canel visited Pinar del Río this Sunday and posted on his Twitter account that “the situation is difficult, the damage is substantial, with more than 200 families completely losing their homes.”

let’s go to #pinardelario, where the greatest recovery efforts are concentrated today. The situation is dire, the damage is substantial, more than 200 families have completely lost their homes. But the people of Pinar del Río are not alone, #all together We’ll get out of this. pic.twitter.com/vHxsDlXLju

As reported on Twitter by the Cuban president this Saturday, only 1.6% of electricity service has been restored in Pinar del Río, which represents 3,700 customers. Additionally, 29,000 households were affected and 228 families are homeless. The government said 986 homes in Havana were affected and that electrical service had been restored in 276 of the 285 primary circuits.

This Thursday, dozens of Cubans in various areas of Havana took to the streets at night to scavenge saucepans and protest, as the country entered its third day of blackouts following the passage of Hurricane Ian.