Cuban-American artist Junior Rebollar exhibits in Park Rapids after his time in Minneapolis. 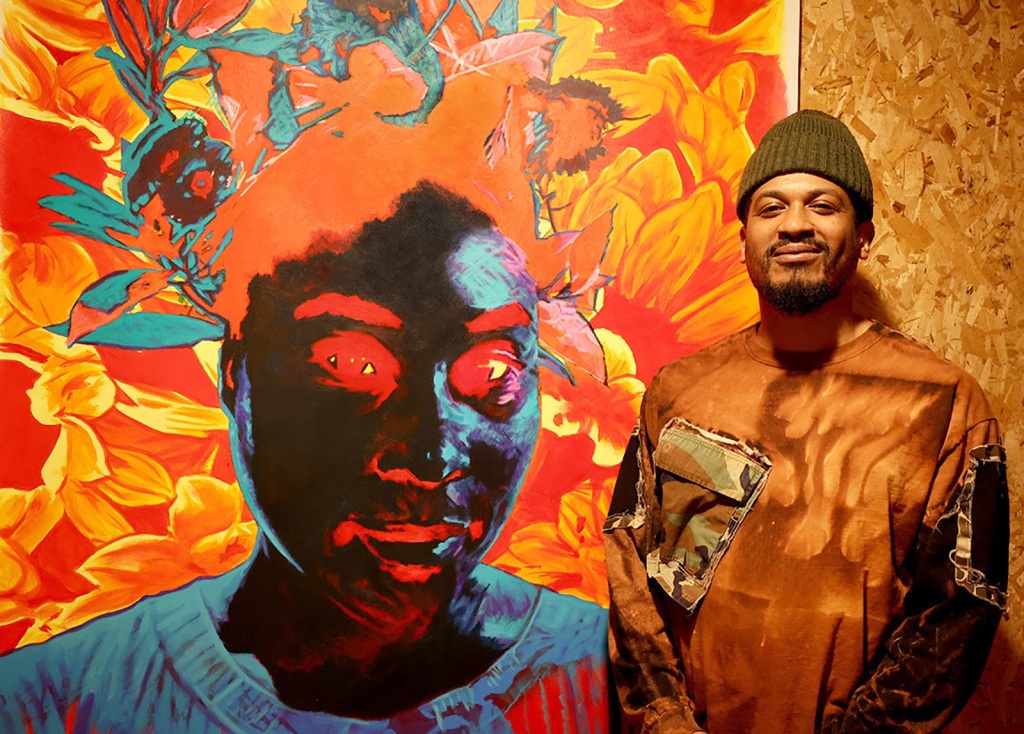 Like this. A small old Osage from rural northern Minnesota.

This summer, the Nemeth Center for the Arts in Park Rapids was the first to showcase his art regionally. The Rebollar exhibition, titled Omens, is open until July 2.

Rebollar hails from the small municipality of El Cotorro in Havana, Cuba.

They were the only black family in his area. The revolutionaries were side by side with the counter-revolutionaries, but they communicated easily and openly with each other, Rebollar recalled.

His parents worked for the government; his father was a communications engineer.

“We are talking about Cuba in the 80s. There was a lot going on politically, so coming to and from Cuba was a privilege that could only be obtained by working for the government. We are talking after the revolution, so all these restrictions were already in place due to the fact that Cubans could not travel, ”he recalled.

Rebollar said he speaks English because his parents traveled to embassies all over the world. “English was the easiest bridge between them and the culture they were approaching.”

His family’s openness to eclectic cultures paved the way for Rebollar’s creative expression.

On Nemeth’s Instagram account, he wrote: “It gave me and my family all sorts of information about what’s going on in the rest of the world, which filled my imagination and gave me an extraordinary sense of freedom.”

At a reception for artists on June 11 in Németh, Rebollar said: “We are diplomats as a nation.”

The island has a limited population capacity, he continued, so its people must explore and migrate.

In 2015, Rebollar became part of the American Cuban Artists’ Exchange, a non-political, non-governmental and non-profit organization that supports artists in both countries so that they can communicate through art.
“I was a producer and translator for them, and also worked as an artist, bringing people together and traveling around Cuba, talking about new art,” he said.

Rebollar received a five-year visa from the US Embassy to visit Minneapolis on an exchange program.

Jovan S. Speller is an accomplished artist and photographer based in Minnesota. Her exhibit at the Minneapolis Institute of Art, titled “Nursing and Other Protection Rituals,” runs through June 26.

“Being a father has filled my life with joy,” he shared on Nemeth’s Instagram. “These kids keep my senses sharp and my mind focused. They are the strongest motivation for all my work.”

From 2015 to 2020, Rebollar lived between Cuba and Minnesota. His solo exhibition at Nemeth is his first solo exhibition in over a decade. And moving to Osage was the beginning.

At a young age, Rebollar collected notebooks that his parents used to do business.

“I don’t know why I got into this so much. All I wanted was to have one to draw on,” he recalled.
To this day, Rebollar says he is “quietly obsessed with sets of paper and pencils.”

At the Nemeth exhibition, work “focuses on closing gaps and building bridges to both real and futuristic visions of blackness.”

Rebollar said the Cuban women – his moms, sisters, aunts and grandmothers – had “visions” that were “very descriptive”.

Through Speller, they met Aaron Spangler, a Nemeth board member and artist from Park Rapids. Spangler encouraged them to consider the Park Rapids area for a new home.

When asked about life in Osage, Rebollar said, “It’s great. I see that people around me remain people. I’m like that, I don’t need you to accept me all the time,” he said.
Rebollar wants Northern Minnesota to see his depictions of black people.

“It’s not in Cuba. I don’t see it in Cuba. Nobody does it. No one celebrates blackness in this way,” he said.