Cuban and US spending and gestures 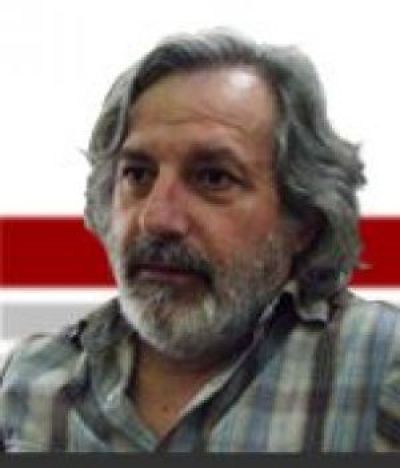 Since its victory, the Organization of the Revolutionary Socialist State of Cuba allocates the largest budget in the world to social security and culture, for this 2022, regardless of the economic situation, 73% of the funds are invested in basic services and social programs Is. expenditure, and 73% of that is allocated to health, education, aid and 69% to social security. https://www.juventudrebelde.CU/Cuba/2021-12-21/EL-cuba-state-budget-defends the principle ofSocial justice

An article written in 2004 by Noam Chomsky about the oppression of the American dictatorship on Cuba, entitled Who Will Control the World?: … Another example of what the priorities are: the US Treasury Department The Office of Control maintains assets, with the aim of investigating suspicious money transfers, a key element in the “war on terrorism”. There are 120 employees in this agency. A few weeks ago, he informed Congress that, as of the end of last year, only four of those staffers were dedicated to tracking bin Laden and Saddam Hussein’s finances, while nearly two dozen were assigned to measures against Cuba. was assigned the task of implementation. Why does the Treasury Department put more energy into strangling Cuba than the war on terror?

Cuban Culture Minister Elpidio Alonso wrote on Twitter: What does the US expect to lift the blockade? Being blocked is the price paid by those of us who declare ourselves free and sovereign.

The power group in America, it doesn’t matter if they call it Republican or Democrat, it is the same, since 1959 it has drawn up million-dollar budgets to finance, year after year, a body of mercenaries Hired, its participation in the war characterized by trenches of lies and deceit, and sustained with a budget of one million dollars, the NED has allocated 16 terrorist and mafia organizations, with the aim of demoralizing, rotting and transforming Cuban society. Yes, the most helpful in the world. You can check the identity and budget of those 16 organizations in the following article for 2018: https://rebelion.org/ee-uu-approved budget forbuild-in-democracy-Cuba/.

But we started by reporting on the importance of culture in Cuban society. How much do you think the US regime uses to train its subjects? According to World Bank data, the US allocates 4.9% to basic services, but interestingly, the public budget shows different figures. In 2020 the White House announced that it was going to allocate 8%, and in 2021 it announced that it would be 7%, 10,000 million less. If we take into account that cultural investment is dedicated to human beings, we must ask ourselves what the rest of the money is used for. Let us recall that he allocates more than 840,000 million dollars for his weapons warehouse, which he uses to invade, destroy and destabilize the world, https://www.telesurtv.net/news/america-offer-millions-pesupuesto-military-20220715-0011.html. What can humanity expect from the imperialist driver? Where is he taking us if he has a large section of the toiling masses of his country with hardly any money for education, health, universal housing, which some people Grinding in a supremacist dominated society. The biggest social divide in the world is nihilism, which causes thousands and thousands of murders annually among its population, among other outrageous maladies? Between them all, here’s some data I’ve gathered that has come to light recently: 5 million people in the US have lost their health insurance in the pandemic, another 20 million don’t have insurance, and more than 11 million don’t have documents, can you imagine that adding up to 55 million more people living in extreme poverty and more than half the country in line for hunger because they can’t cover their expenses by the end of the month can? This is just a small sample of what the imperialist power group does in the region from which it takes its name. How badly the big capitalist capitalists want their land and the working population of the rest of the world.

In the United Nations, as at the last meeting held in Brussels of a large part of the European delegates, and on the streets of the world, there is a manifestation of disgust at the blockade of Cuba, which is held by the American minority. What should be the pragmatic response?: Internationalist solidarity.

For this new campaign, various MESC organizations have opened the following accounts to collect donations, which will go towards supporting those affected in Cuba by Hurricane Ian.

In the concept of proceeds, please indicate the name of the person making the donation and “Hurricane”.

Diaz Canal has declared: It is immoral that a portion of the taxes paid by the North American people are used to finance plans of counterrevolution, campaigns and aggression against Cuba. What should be the country’s response to this imperial argument? Cuba should respond with the greatest possible degree of social justice, greater democracy and popular participation, and greater solidarity. From Fidel we learned to chase dreams that, no matter how difficult, can be achieved if we trust people, involve them and arm ourselves with commitment, perseverance and dedication, grounded in sacred social justice. But permanently change everything that needs to be changed. Independence, sovereignty, anti-imperialist and integration.

* Ramón Pedregal Casanova is the author of the books: Gaza 51 Days; Palestine. History of life and resistance; Distress Diary; Belvar Yin and Jesus Ferrero in Gender Perspectives; and, Seven Novels of Historical Memory. Afterface. Amna President. EU member of support for Palestinian prisoners. Member of the Internationalist Anti-Imperialist Front and network of artists, intellectuals and communicators in solidarity with Nicaragua and the FSLN.

Four Lessons from Rosh Hashanah, the Jewish New Year, to Start With Your Head, Not Your Butt