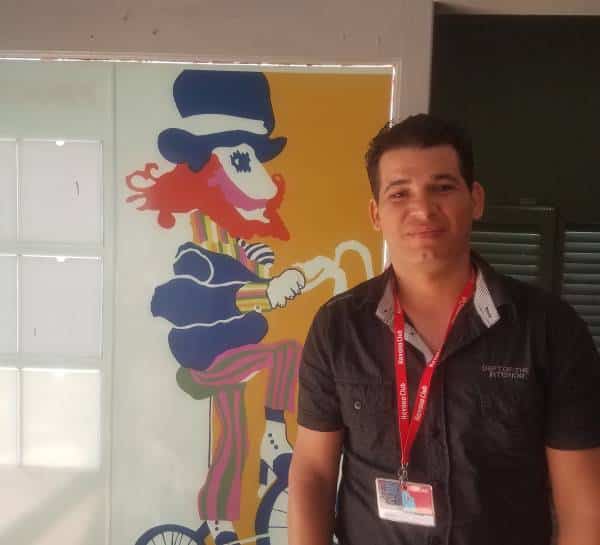 Although animated short films are generally short as artistic pieces, it is extremely difficult to be able to convey a message through fictional characters in such a short amount of time. In this 40th edition of the New Latin American Film Festival, 19 audiovisual proposals from countries as diverse as Chile, Colombia, Mexico, Peru, Venezuela and Cuba are competing in the Animation section.

The island has been represented in three of these productions: pigs, my caste why Super, What is interesting about these hypothetical proposals is their approach to social problems.

Cerdos addresses the struggle for social advancement, while Meri Jati alludes to the sacrifice of a human being for the common good. For its part, La Super highlights the intense psychological and physical abuse faced by millions of women around the world.

Short film director Keytor Castillo Santana pigs He states that «It stems from a reading of a story by author Louis Burmer titled Feeding the Pigs. What caught my attention was the strangeness of how the story was told. Then drawing analogies between the context and what was said, I found that it was a form of social criticism. It told how the social classes are well marked and everything revolves around the highest class. Furthermore, it addresses the fact that on many occasions the lower or middle classes are satisfied with being or remaining, while others seek to climb higher. This is the topic that Cerdos addresses.

«In this way, the short film aims to raise awareness of the unfairness of this social oppression, where some people outnumber others in order to reach their desired goals and the need to maintain a balanced society.

«The place where the production is set is a completely apocalyptic world, something like humanity’s garbage dump. I decided not to develop the story in a specific place because it was a theme that characterized humanity in general.

The piece was Keytar Castillo’s first animation work, with an outstanding work in terms of the use of techniques such as 2D for the backgrounds and 3D for the characters. It is also a piece influenced by the phase of social confinement when its realization began. The sound, very well achieved and Jorge Guevara in charge, helped make the story huge.

“I want to thank the animation studio of the Cuban Institute of Cinematographic Art and Industry for being able to do this adventure for animation and everyone who followed us in this crazy experience of making 3D anime without any experience , But do it with desire.”

The animated fiction short films presented by Cuba in this 40th edition of the Havana Film Festival re-present and denounce social conflicts.

my caste There is another Cuban composition by Henri de Armas Leyva that was presented in this cultural day. « It originated as an idea for a video art, because I thought about it from my plastic work, which is an installation sculpture with marabou charcoal, a material I usually use . In 2016 I wanted to make these characters something more than static sculptures and take it to audio-visuals. First it was a video art, then it became a script and it evolved till it started in 2019,” says its director.

«The message the short film addresses is implicit, but it is the idea of ​​sacrifice of each individual for the sake of others. I think it is important that a person knows how to make sacrifices for the common good. It is also of the view that new leaders and new thinking should be allowed to emerge.

«Although people associate it with issues of religious beliefs; Well, I used a lot of rumba, tribal customs and other elements of folklore to give it a Cuban touch. My caste is not only my colour, my faith, my identity, but an entire species: humanity. It gives the message that we all belong to the same caste, we are all alike.

«The production is dedicated to Rodolfo Caraballo. I would like to thank the entire production team and my family who have always supported me in this courageous journey.

La Super de Ernesto Pina, for his part, “urges the demand of women against discrimination and abuse. A fundamental message she imparts is that this superheroine can be any woman who puts her mind to it.” engages,” announced its director.

The film addresses discrimination and abuse against women through a mythological story of the powers granted to Yudesi, a girl from City X. Drinking in it recreates an interesting proposition that fights against this social evil without inciting more violence.

The power that the protagonist is granted is called Goodwill, and far from causing any harm to men who mistreat women, it puts them in a state of mind to think about their behavior.