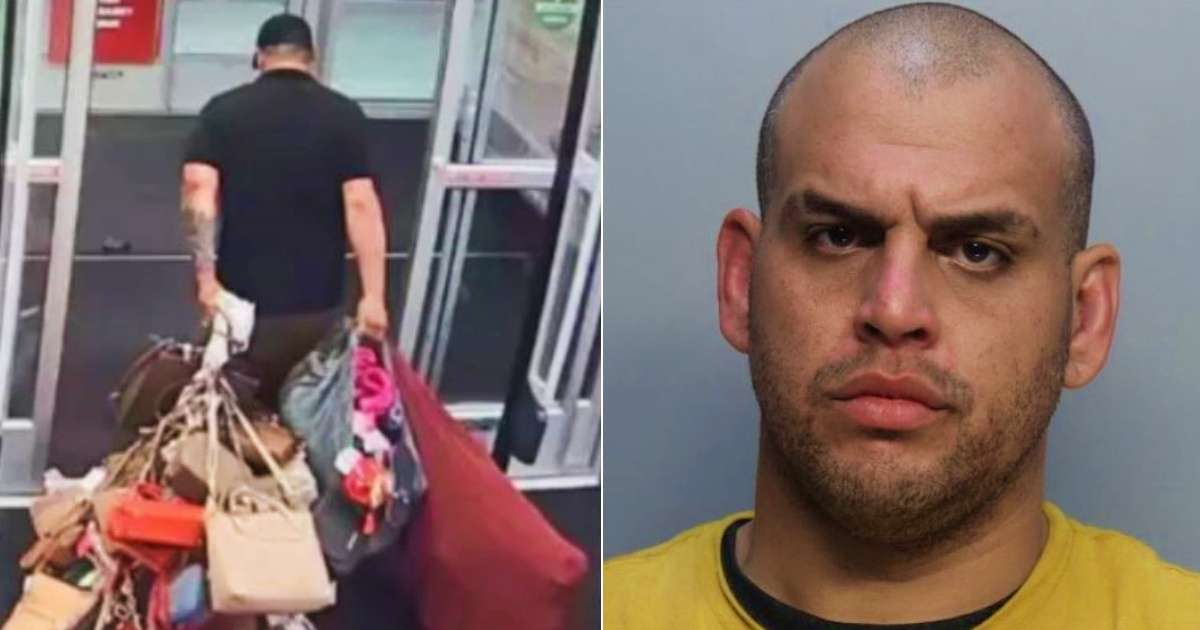 And 31 year old cuban was arrested in Miami as responsible for Robo At a Burlington store in Hialeah that went viral on social networks as the thief left the establishment, dragging stolen goods in his handsMany of them are ladies handbags.

The local press highlights that the theft coincided with the one that took place on 25 November last black Friday, An amount of about five thousand dollars.

Most of what was taken from the store were handbags, scarves and a few pairs of shoes.which the defendant stole from the various aisles of the establishment, located at 3895 Avenida 20, west of downtown Haliya.

,Our detectives followed leads, already knew who he was, and finally found him in Southwest County. No.When they arrested him he didn’t protest or talk”said Sergeant Jose Torres, a spokesman for the Hialeah police.

According to his public police file, Alberto Daniel Cruz Hernandez has a criminal record for other robbery offenses.

The defendant was set on a five thousand dollar bond and warned that he is prohibited from entering the store where he committed the crime.

In late November, Miami-Dade County Police asked the public for help in finding the subject’s identity, after releasing images in which a man was seen grabbing everything in a store before leaving through the establishment’s front door. Theft is pulling everything.

The images revealed that the subject, in addition to carrying a large number of bags with his left hand, carried two large bags with his right that filled everything he could.

Local security cameras clearly filmed the face of Alberto Daniels, who was wearing a black sweater and hat at the time of the robbery, and who did not resort to any tactics to try to hide his face or make him difficult to identify.

“a very clever thief”This is how Sergeant Jose Torres defined it in statements made to the television channel Local 10.

They shot a man three times during the altercation, fled and were arrested