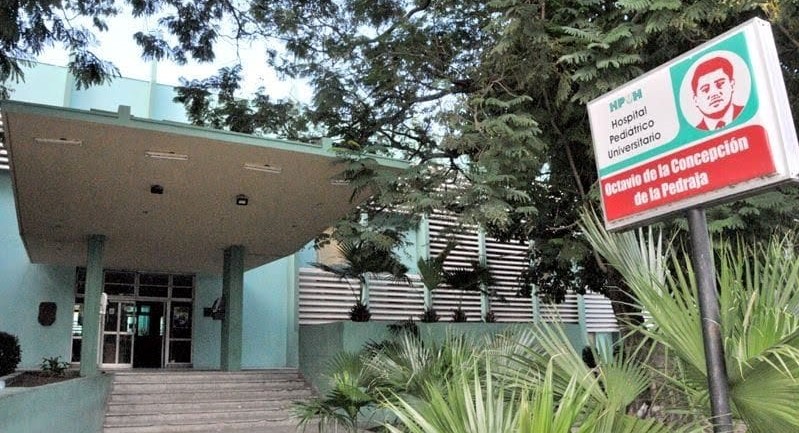 Cuban health officials warn against giving the tea, infusion or syrup to children under the age of fiveAfter promoting the use of natural medicine for years given the lack of medicines on the island.

According to a publication on the official portal the notice came gave informationDue to the number of children under the age of five coming to health services in Holguin province during 2022, “with a high level of commitment to life”, because “tea” was supplied to them in homes. Infusions or decoctions of various medicinal plants”.

“This treatment, although it may be of great benefit for some diseases in adults, Its use is contraindicated in young children and far from helping, it can cause serious harm to their health, even irreversible.“, says the publication.

,Phytotherapy should not be given to children under the age of five, as is medically recognized, not even the popular syrup.“, says the doctor.

“Even under a year with more emphasis, neither honey nor any type of tea is used. We have had children who have become very serious due to complex digestive conditions Because their mothers, grandmothers or relatives supply them with plant teas such as mint, anon, painkiller, cress and sassafras, among others. This, if associated with children who have nutritional deficiencies, such as underweight. or malnutrition, this infection has greater consequences in these patients that can even cost them their lives,” he explains.

publication of gave informationThe Ministry of Public Health page states that natural remedies are very effective, “there is no doubt about it, but in children it can serve as a double-edged sword.”

Over the years, The Cuban government has called on the people to resort to naturopathy, among a drug shortage that has gone bad in the last two years.

Last March, the Ministry of Agriculture (MINAG) reported that it had to secure 1,498 tons of medicinal plants for this year, which was destined for the local production centers, Labiofam and BiocubaPharma.

The adherence to the traditional and natural medicine policy was part of the agenda of the National Assembly of People’s Power for 2021, which was announced in December 2020.

However, according to the above publication, its use “may do more harm than good” as a solution for colic, intoxication, ingestion or colds. gave informationWhich recommends “close adherence to medical advice”.

Note It doesn’t cover what Cuban families can do when their children have these health problems.Amidst the significant shortage of medicines.

This deficiency is present in the comments on the publication of Radio Holguín la Nueva on Facebook, which shares the information of gave information,

“Thank you, the information is very true and valuable, but we all know about the shortage of medicines and their expensive prices on the street, so Cuba, as always, had to resort to grandmother’s advice and green medicine to subsist and survive, God help us because we live in terrible times,” wrote Lilibet Infante.

“It’s the only solution family members get to mitigate some illness, perhaps out of ignorance, but there is no medicine in this countryYanet Rodriguez recalled.

“Surely the doctor will guarantee the medicines to the little patient and the parents will not have to bother to give him natural medicine. Such medicines and teas have been given to the patients for thousands of years. However, care should be taken while using these should.” “The sick are minors”, confirmed Delma Suárez.

note of gave information He says that traditional naturopathy has demonstrated its effectiveness, “but from the age of five, adequate nutrition must be ensured for children, closely following medical opinion.”

Providing adequate nutrition to both children and adults in Cuba is also a difficult task.due to shortages and high food prices.