Cuban Foreign Minister thanks Argentina for solidarity; March would demand an end to the blockade against Cuba; They choose Cuba as the best tourist destination; President of Bolivia chairs multinational meeting 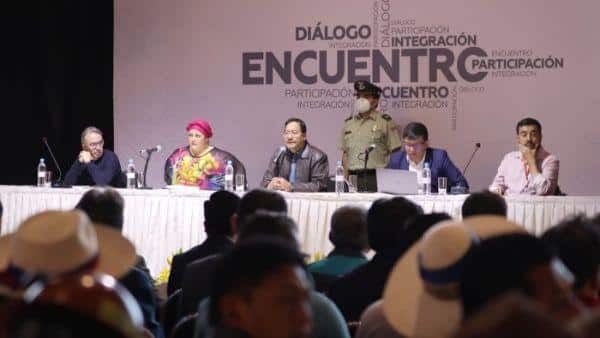 “Cuba today appreciates Argentina’s unwavering solidarity, its determination to support and help our country in difficult times,” said Bruno Rodríguez Parrilla, member of the Political Bureau of the Communist Party of Cuba and Minister of Foreign Affairs. In a meeting with Cuban residents, members of the Argentine Solidarity Movement, bachelors on the island and members of the political and social organizations of this South American state, the Secretary of State highlighted the ties of friendship between the two peoples and advocated strengthening them. Of. , (LP)

More than a hundred solidarity organizations in the United States will hold a march today in New York City to demand the lifting of the blockade against Cuba. Carlos Lajo, coordinator of the Bridges of Love movement, explained that it is intended to support a vote at the United Nations on the draft resolution that Cuba would introduce, on the need to end the economic, commercial and financial blockade imposed by Washington on the island. (pl)

British newspaper The Telegraph chose Cuba as the best island for vacation in the Caribbean, based on criteria ranging from civil defense to bird species and heritage sites. According to a list compiled by the newspaper’s travel section, the largest island in the Antilles is ahead of the Bahamas, the Dominican Republic, Barbados and Jamaica, among other very popular tourist destinations in the region. (LP)

Bolivian President Luis Arce participated in a multinational meeting for a census with a consensus in Cochabamba with the aim of agreeing on a fixed date for the procedure. The president wrote on Twitter, “Once again, Bolivia demonstrates its democratic faith (…) and remains committed to the dialogue to decide the future of the census, and continues to move forward in the economic reconstruction of the country.” ” (telesure)