Cuban recently showed his trailer in Miami for $1,100 a month: “What No One Told You” 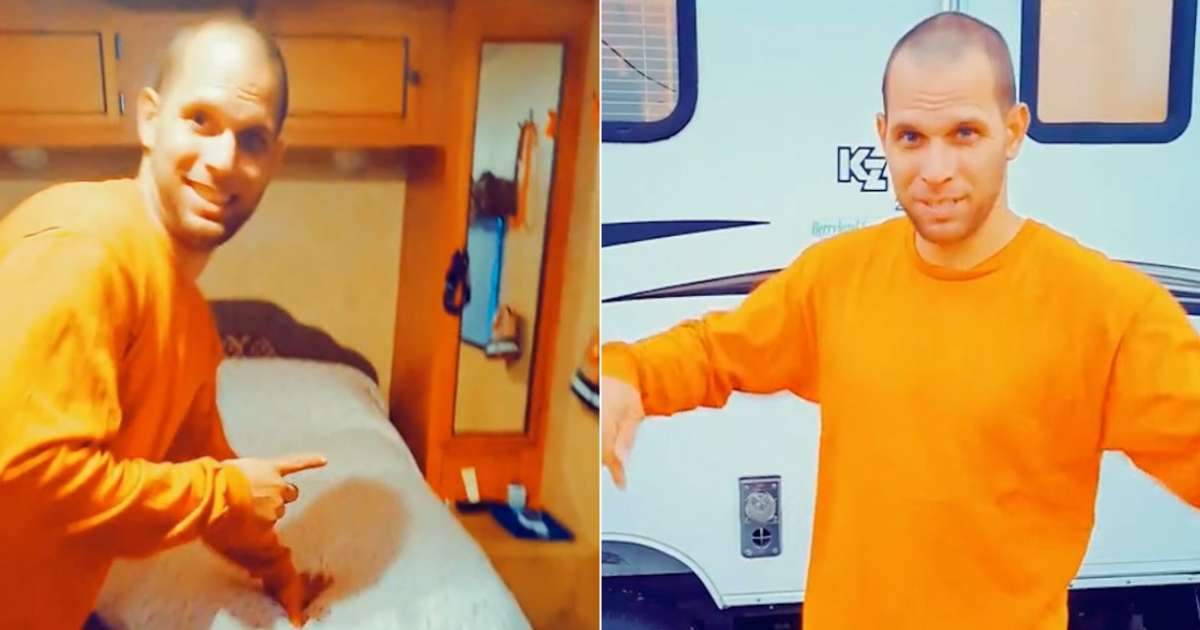 A Cuban man who recently arrived in Miami shared a video on his social networks showing the trailer where he is living, for which he pays $1,100 a month.

Pedro Alonso, a young man who arrived in the country a month earlier, wanted to show his compatriots the reality of Miami in terms of rental prices, which have risen greatly in recent days, influenced by the arrival of thousands of people. every month of Cuba.

“This is reality, here to live, trailer, no one tells you this,” he said on his TikTok account.

Pedro visits the narrow space he lives with his girlfriend, where they have the basics: a bed, a table, a small refrigerator, air conditioning, a gas stove with a small oven and microwave, a Built-in bunk beds, and a bathroom. Small in which only one person fits.

“We are like this, my people. What no one tells you: I come home from work at this time, act like a dog, look how I am. The reality of Miami, and thankful to God we already have We have a small roof and a month and a few days to live here”, he insisted.

The youth shared other videos of his experiences in the US.

She recently released a recording after buying groceries in a market Ration card given by the government to the needy people.

“How expensive is meat in Miami, standing in line in Cuba and spending money here Ration cardi think it doesn’t give me Ration card , Quality doesn’t matter, it’s quantity, what I’m hungry for,” he joked.

Alonso and his girlfriend arrived by land in the country after crossing several borders and passing through the Darien jungle.

The man died after being shot by a deputy near Lancaster

For first homebuyers, it’s Labor’s help to buy versus the Coalition’s new home guarantee. Which one is good?