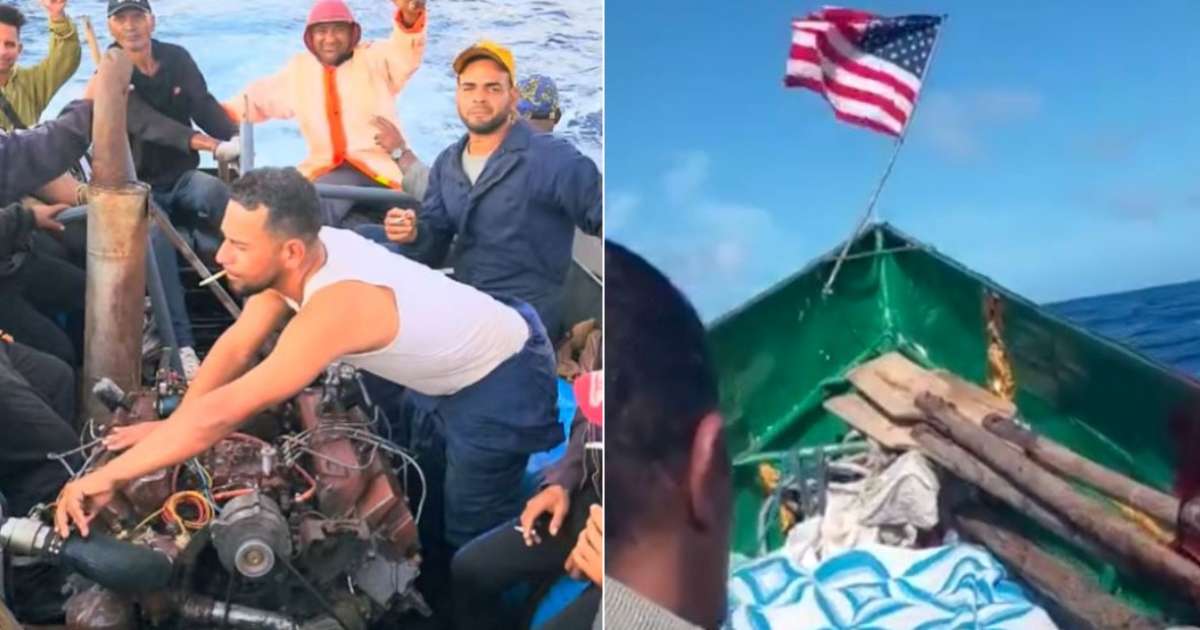 at least about 20 cuban rafters They arrived in the United States in a rustic raft powered by Russian KAMAZ truck engines, according to images shared on social networks by one of the migrants. Florida Keys

“This is one of the best rustics that came out of Cárdenas, with a nice arrival in the USA from the Cuban keys, the lowest was 19 hours going on a KAMAZ V8 120mm. Blessings to me and the brothers who couldn’t make it on this tour, I know they’ll make it and they’ll be able to get out of grief in no time. Just have the courage and fight a little more so that you can see that everything is achieved. Hello all brothers,” Litian Cedre, one of the rafters making the journey in a metal and wood boat with a Russian-made engine, said on Facebook.

From the video shared by Cedre, it can be seen that the rustic raft went full speed through the Straits of Florida until it reached the US territory last November.

The boat also had a 55-gallon tank and paddles in case the engine failed, which apparently moved like clockwork to its final destination.

The rest of Cedre’s teammates are not detailed in the above profile, although their publications have already released them and they are in the United States.

According to the official, Russian manufacturer Kamaz has had a maintenance and sales center for its vehicles in the Mariel Special Development Zone since 2019, as there are an estimated 8,500 vehicles of that brand on the island. grandma,

This past Friday, the United States Border Patrol (USBP) 30 Cuban rafters arrested Which made landfall in the Florida Keys by boarding two house boats.

There has been an increase in the landing of Cubans on the Florida coast in the context of the immigration crisis on the island.

usbp on thursday 25 migrants detained Cubans, among them a minor, who had left Matanzas Province and Cayo made landfall at Marathon.

Also on Thursday, the United States Coast Guard (USCG) repatriated 118 Cuban rafters who were detained off the coast of Florida.

expatriates found on land They are processed by immigration authorities, while undocumented immigrants found at sea are repatriated at the point of departure.

Since the beginning of the current fiscal year, on October 1, the US Coast Guard has apprehended nearly 3,000 Cubans. If the current trend continues, the cumulative figure for FY2022, which was 6,182 rafters, could be reached soon. That figure already represents a record for Cubans.

In this context, hundreds of Cubans mourn Relatives who decided to flee the island by sea diedand have drowned in unsafe and often improvised boats.

It was learned this Friday that residents of the Havana city of Jamanitas were reported dead at least seven people who were missing after a shipwreck was reported on Nov. 16 30 miles from the island.

However, at least 19 people were on the boat and only one has been found alive.