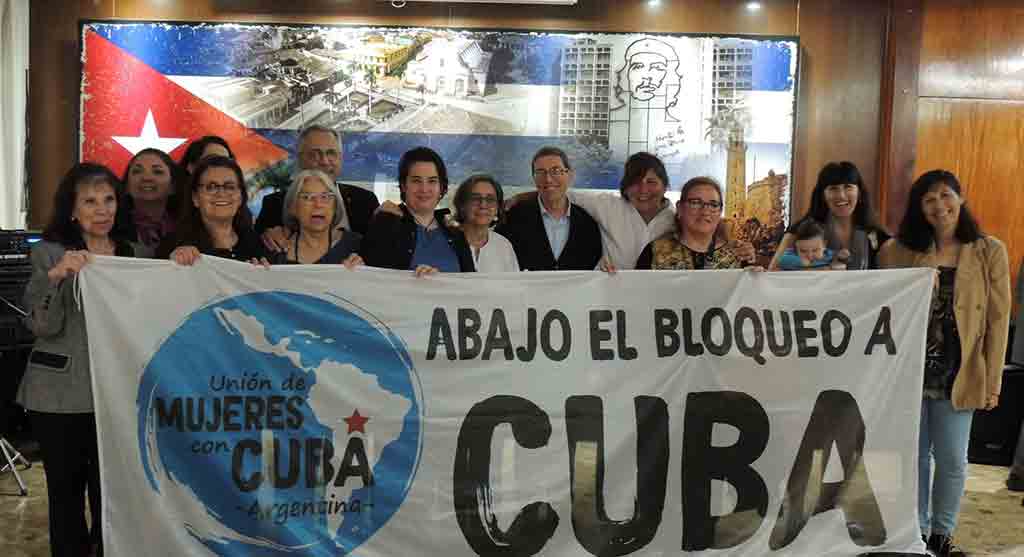 During a meeting with Cuban residents, members of the Argentine Solidarity Movement, bachelors on the island and members of the political and social organizations of this South American state, the Secretary of State highlighted and called for strengthening the ties of friendship between the two peoples. Advocated.

I give you a hug on behalf of Raul Castro and a brotherly greeting from President Miguel Diaz-Canel. He also expressed his gratitude for your extraordinary and heroic struggle, which you do for just causes and all your affection.

Our people, encouraged by their efforts and their belligerent solidarity, are confident that they will succeed, he said. We work for 2023 new opportunities and progress.

Rodriguez assured that his country reaffirms its full allegiance to the legacy of José Martí (1853–1895) and Fidel Castro (1926–2016) and the irrevocable will of all its citizens.

The Cuban Revolution will never fail you in your dreams and in your struggles, which are ours too. We look forward to next year with great anticipation. It may be difficult, but we will overcome it, he said.

During the meeting held at the Embassy of the Caribbean nation in Argentina, the Minister noted his participation in important meetings, such as the XXIII Meeting of Foreign Ministers of the Community of Latin American and Caribbean States (CELAC) and the Third Summit of Ministers of that body and European Union (EU) K.

The CELAC is a real integration project and did not allow manipulation of appointment with the European Union, which did not take place for four years due to the actions of the United States, the politicization of all processes and the subjugation of American imperialism, Indian.

Despite the busy conditions and the interest of some in politicizing everything, it was a meeting of respectful expression of differences and speeches of the highest dignity were given by Latin American and Caribbean representatives, where things were called by their names and their true identity. was kept in place. It was a profitable day, he said.

The minister highlighted the relevance of the VII CELAC summit to be held next January in Argentina, which will be “an opportunity to analyze the new regional political balance, revisit those aims and objectives, and strengthen ties.”

We work to forge a common path based on the unrestricted exercise of our sovereignty and the demand for respect for the people and our cultural, regional and political status, he said.

The meeting was also attended by Cuba’s Minister of Foreign Trade and Foreign Investment, Rodrigo Malmierca, who explained to those presenting the topics analyzed at the 39th session of the Economic Commission for Latin America and the Caribbean, held this week in Buenos Aires. ,