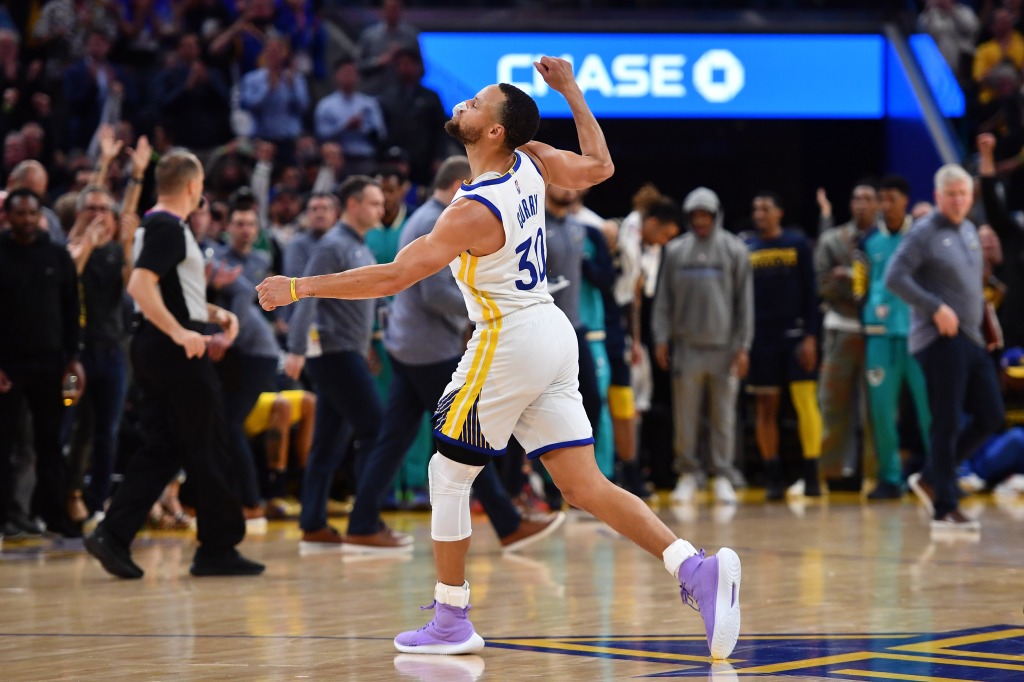 SAN FRANCISCO — After the Warriors scored 142 points in an excellent offensive on Saturday night, it took nearly 40 minutes of game action Monday night to get Golden State to even the halfway point.

It was a calamitous night like that at the Chase Center, but the Warriors still managed to pull off a 101-98 back win over the Ja Morant-less Grizzlies to take a 3-1 lead in the Western Conference semi-final series.

The Warriors were without coach Steve Kerr, who entered the league’s COVID-19 league health and safety protocols nearly two hours before tip-off after testing positive for the virus. Assistant coach Mike Brown was on top for Game 4 and would be there until at least Game 6 Friday, barring two negative test results for Kerr.

Meanwhile, the Grizzlies were without their All-Star guard Morant, who injured his right knee in Game 3.

A loose ball after a missed Memphis shot sent Curry back over the line, where he gave the Warriors another two freebies at 96-93 with 25.9 seconds to spare. After being trimmed by Dillon Brooks, Curry was again sent over the line, extending the lead to three. The Warriors held the lead for the rest of the game.

Drummond Green sealed the win after getting his hands on Jaren Jackson Jr.’s 3-point effort in the final 10 seconds.

“That’s what you do,” Curry yelled at Green after the play.

The win ended an emotional day for Green and the Warriors. Prior to the shootaround, Brown was officially named head coach of the Sacramento Kings, a position he would assume following Golden State’s post-season run. Meanwhile, Green received the devastating news that his former Michigan State teammate Adrian Payne had been fatally shot in the wee hours of Monday morning in Orlando, Florida.

Brown said after the win, “Draymond, emotionally, he’s our emotional heart and soul, and there’s something impressive about him, not only for him … for him, but we felt it, we did it as a group.” as felt.” “It was a tough night for us, but at this point in the year, you win the ballgame. No matter how you get there… we found a way out tonight.”

Poor shooting hampered the Warriors for most of the game, which was a snoozefest until the final quarter.

Otto Porter Jr. scored the game’s first 3-pointer in the final four minutes of Golden State’s first half, when Golden State missed its first 15 attempts from the deep. In fact, it was Porter – not Klay Thompson or Poole – who made a good portion of the Warriors’ shots from deep.

Porter scored 12 points off the bench, 4-for-6 from a 3-point range, his most in a game since December.

Thompson and Poole put together a combined score of 0-for-10 from across the arc, which was another uncharacteristic shooting night for some of the Warriors’ most reliable scorers. Overall, Warriors shot 24.3% from deep.

Five Warriors ended up scoring in double digits. Curry scored a team-high 32 points, including 18 in the fourth quarter. Andrew Wiggins had 17 and 10 rebounds as Golden State gathered enough offensive energy and defensive stops to defeat the Grizzlies.

Brooks, who returned Monday night after serving a one-game suspension for injuring Gary Peyton II with a hard foul in Game 2, shouted loudly from the home crowd. He said that he used to taunt the fans but did not play like this. Brooks shot 5-for-19 and finished with 12 points, five rebounds and eight assists.

Assistant coach Chris DeMarco joked that Monday’s competition was “one hell of a football game”.

“And that was it,” Brown said. “But that’s playoff basketball. Sometimes it’s bitter, sometimes it’s gritty.”

The Warriors could reach their sixth Western Conference Finals in eight seasons by winning the series with a Game 5 victory in Memphis on Wednesday night.

“Wednesday is going to be the hardest day yet,” Thompson said. “It always happens, closeout. We have to leave it behind and work out a good game plan.”