Daily Brief: The ghost of the energy crisis deepens

Despite a lack of trading in the US and Canada, today’s session brought trading floors in Europe and considerable volatility in the energy commodities market.

Data on the PMI for the services sector in Europe turned out to be quite mixed, mainly due to weakness in Germany and the accepted consensus in Spain:

As we can see, slightly better readings in France and Italy were unable to offset weakness in Europe’s services sector. Industries in Europe are still doing well, but services could lead the way in a slowdown. Services and industry could behave very badly if the energy situation in Europe does not improve before the summer season begins

The sharp rise in energy prices has forced the German government to decide to introduce more transfer packages. According to a government spokesman, the new package could exceed 65,000 million euros and combine the previous two packages. We must remember that previous packages included, among other things, a reduction in taxes on fuel and the introduction of cheap tickets for public transport.

Shares of Credit Suisse Bank (CSGN.CH), whose management is in talks to liquidate its investment banking division and move into private banking, fell over 3% today, according to media reports. According to media reports, the main issue is the liquidation of the IB unit in the US, which will put around 5,000 employees in danger.

The new leader of the Conservative Party and Prime Minister of the United Kingdom is Liz Truss, former Foreign Secretary.

The British Pound and the Australian Dollar are the best performing currencies of developed countries. The Japanese yen and the Canadian dollar are the worst performers.

The OPEC+ technical committee has recommended a production cut of 100,000 barrels per day in October. Remember in September the decision was made to go up to 100 thousand barrels per day, so we don’t really have any major changes. Also, OPEC+ is producing far below the production target anyway.

The Kremlin has announced that Russia will cut gas supplies until economic sanctions are lifted, leading to a more than 17% increase in TTF gas prices today. The situation is escalating and while some stocks have been replenished, the current supply disruption could prevent enough gas from being secured for the winter.

The crypto market was relatively calm today, with the largest projects in terms of capitalization nearing yesterday’s closing levels. BTC is still below $20,000. 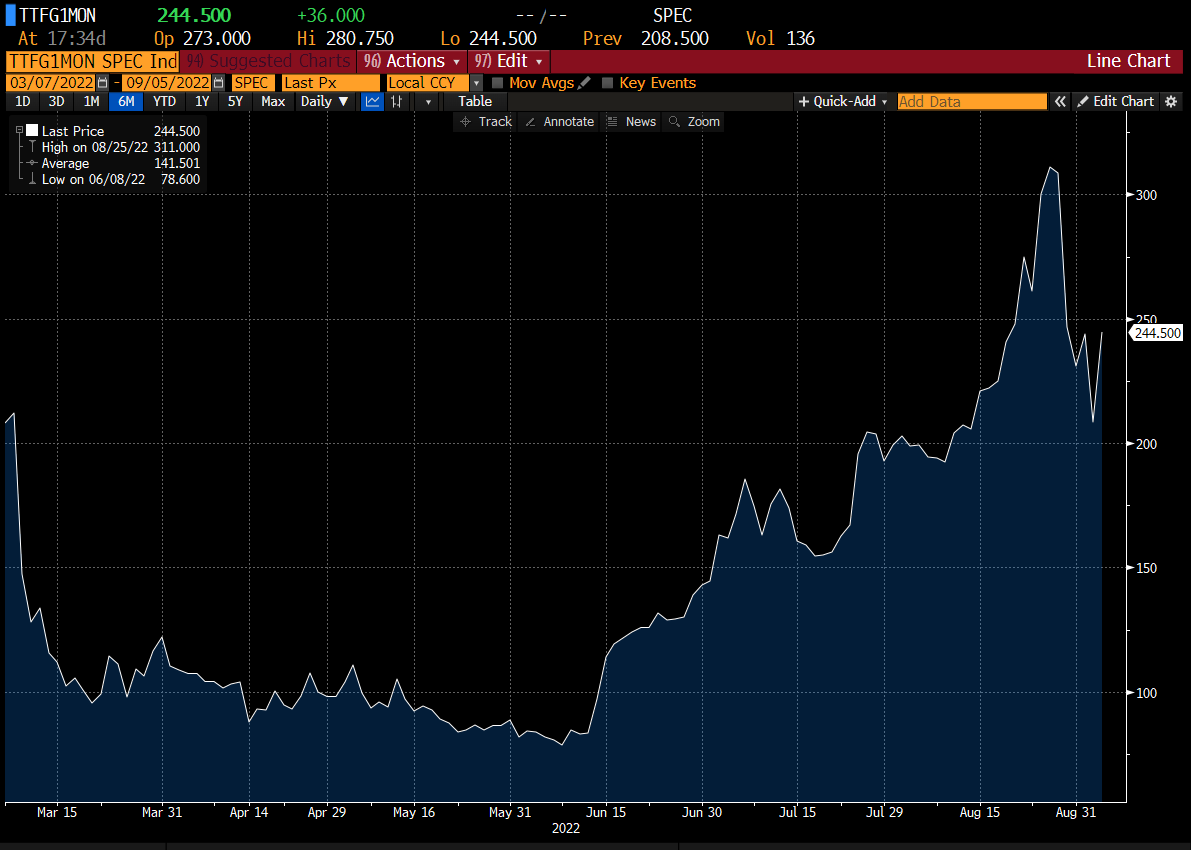 “This report is provided for general information and educational purposes only. No opinion, analysis, value or other material constitutes investment advice or recommendation within the meaning of Belize law. Past performance does not necessarily imply actual results. and any person acting on it does so at its own risk. XTB will not accept liability for any loss or damage, including without limitation, any loss of profit, whether direct or indirect may result from the use of or reliance on such information. Information. Contracts for Difference (“CFDs”) are leveraged products and carry a high level of risk. Make sure you understand the associated risks.”