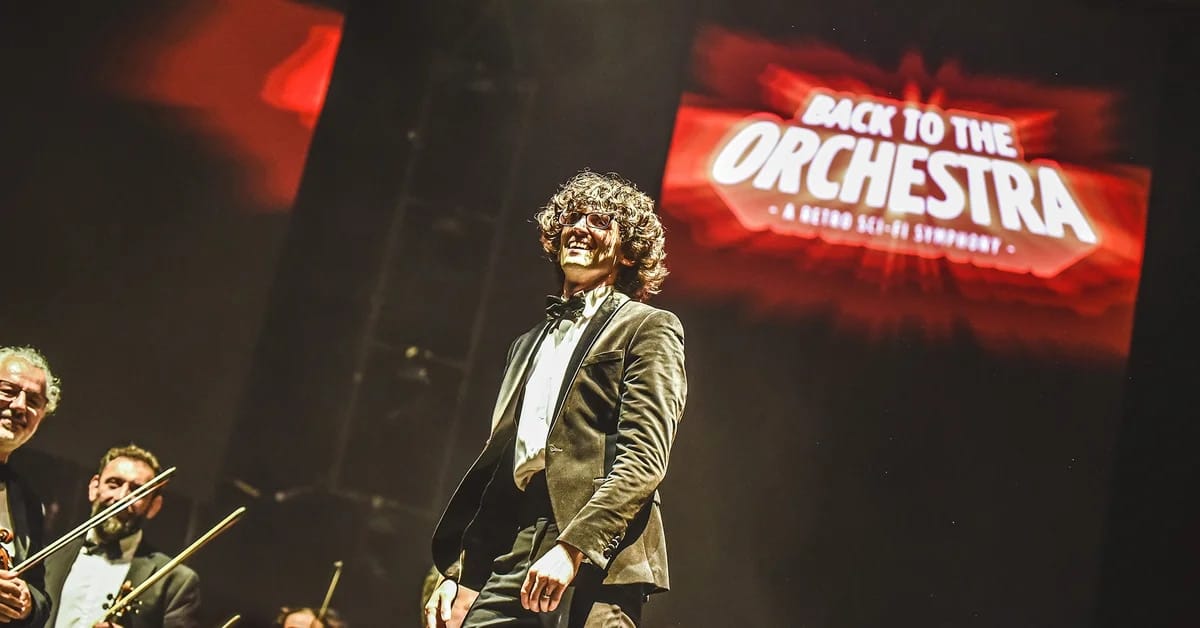 Damien Mahler is the producer of Back to the Orchestra

He could have done something else, but it would be a shame if the masses were denied his talent. Damien Mahler His birth was surrounded by musical numbers and instruments. And, without a doubt, he placed the gift of interpretation and composition in his genes. For this reason, being just a child, he decided to follow in the footsteps of his father, the prestigious Angel Mahler, But as soon as he got old enough, he started going his own way. And today, at 34, she is considered one of the best in the genre. In fact, with many successes, on November 4 he will land with the second edition of back to the orchestra At Luna Park Stadium, an audio-visual show with over 80 musicians on stage tours the soundtracks of pop culture’s most emblematic films in symphonic format.

—How do you prepare for the return of this work?

—The show is a great tribute to all the music, science fiction and fantasy movies of the ’80s. We built it around the idea of ​​paying tribute to that entire era as well. And, if we’re repeating it with a lot of new repertoire apart from the classics that people want to hear, it’s because the result exceeds our expectations. Actually, what happened was a party. It was like meeting a friend from high school and talking about the past. There was that retro nostalgia present and there was a wonderful atmosphere of celebration. Because it took the audience back to their favorite movie or TV show.

For many it’s like going back to puberty or adolescence, but you were a kid in Back to the Future or ET…

—I still watched them, because they were very VHS at home. My parents, both of them, were very fanatical of all this repertoire. And I grew up with all of this. my brother Emanuel And when we were very young I always had a slightly adult view of cinema. You say: “What is a 4 year old boy doing seeing this?” But it happened to us. And it’s the movies we grew up with and the CDs we listened to that were part of our life’s repertoire.

—I ended everything that was consistent, because I was born in the 80s so I’m still in that universe, though a little later. And respecting this music has to do with it, because you keep listening to the subject of Endless Story, which is one of my favorite childhood movies, and it keeps moving you. For example, I keep getting excited. I think it was a cinema, consciously or not, to move with the times. You back to the orchestra Tries to put all those soundtracks together in a single night and make us fly. 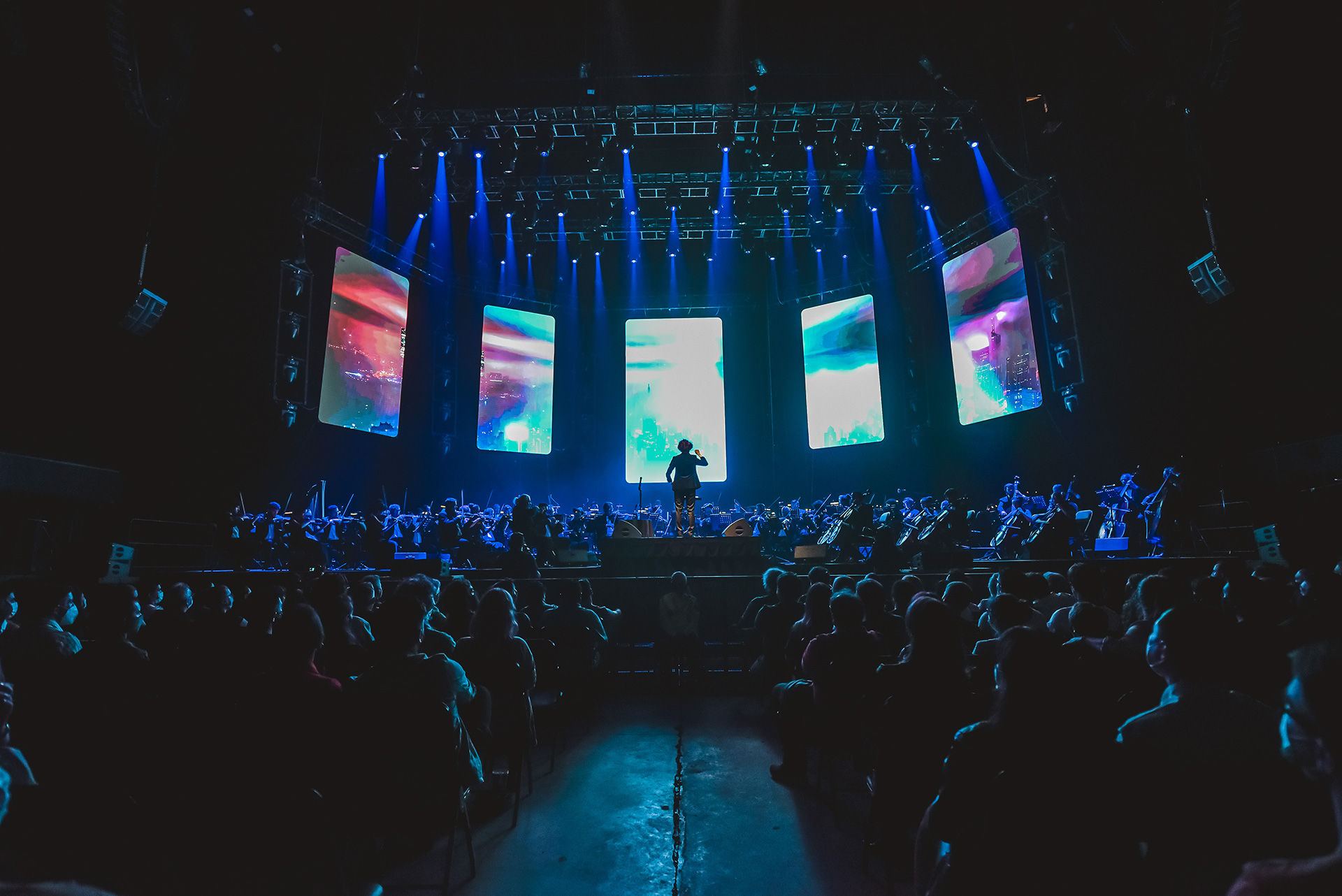 The show will be presented at Luna Park Stadium

—It’s also a challenge to bring this pop music into symphonic format, isn’t it?

-Completely. But one of the most talked about issues last year was when we played the music of Thunder Cats, For example. The introduction ensued and no one could believe it. Same with the classics. Indiana Jones and any other. And being able to bring these themes into a symphony orchestra is a beautiful challenge. Because something great was happening around that music. And it’s a way for young people to honor that memory.

-Sure. In fact, last year when we announced the concert for December we didn’t know if we would be able to do it. Because we thought everything could be turned off again anytime. So it was great for me to come back.

—At the same time, this Thursday Dracula, the musical, your father’s creation, and Pepe Cibrian, whom you grew up with, will be presented again at the Movistar Arena.

-Absolutely. Notice how everything makes sense, because this year Dracula was more relevant than ever. Far from deteriorating over time, the music is stronger than they remember. And I think it has to do with this nostalgia for what is passed down from generation to generation. Because it is something that you shared with your mother or grandmother and now you carry your children. We never get tired of hearing stories from people who watched it in the 90s, rewatched it in the 2000s, and now come back to watch it again. This shows how invincible this job is.

—Growing up in this environment, did you have any other choice but to become a musician?

—In that sense, my parents were smart because they never forced us to make music, far from it. But, on the other hand, the incentive was such that we somehow chose that path because it was the obvious thing. How could I not have someone who was absolutely wonderful and with whom I had daily contact? Well, at some point I thought about being a soccer player but it lasted two minutes… 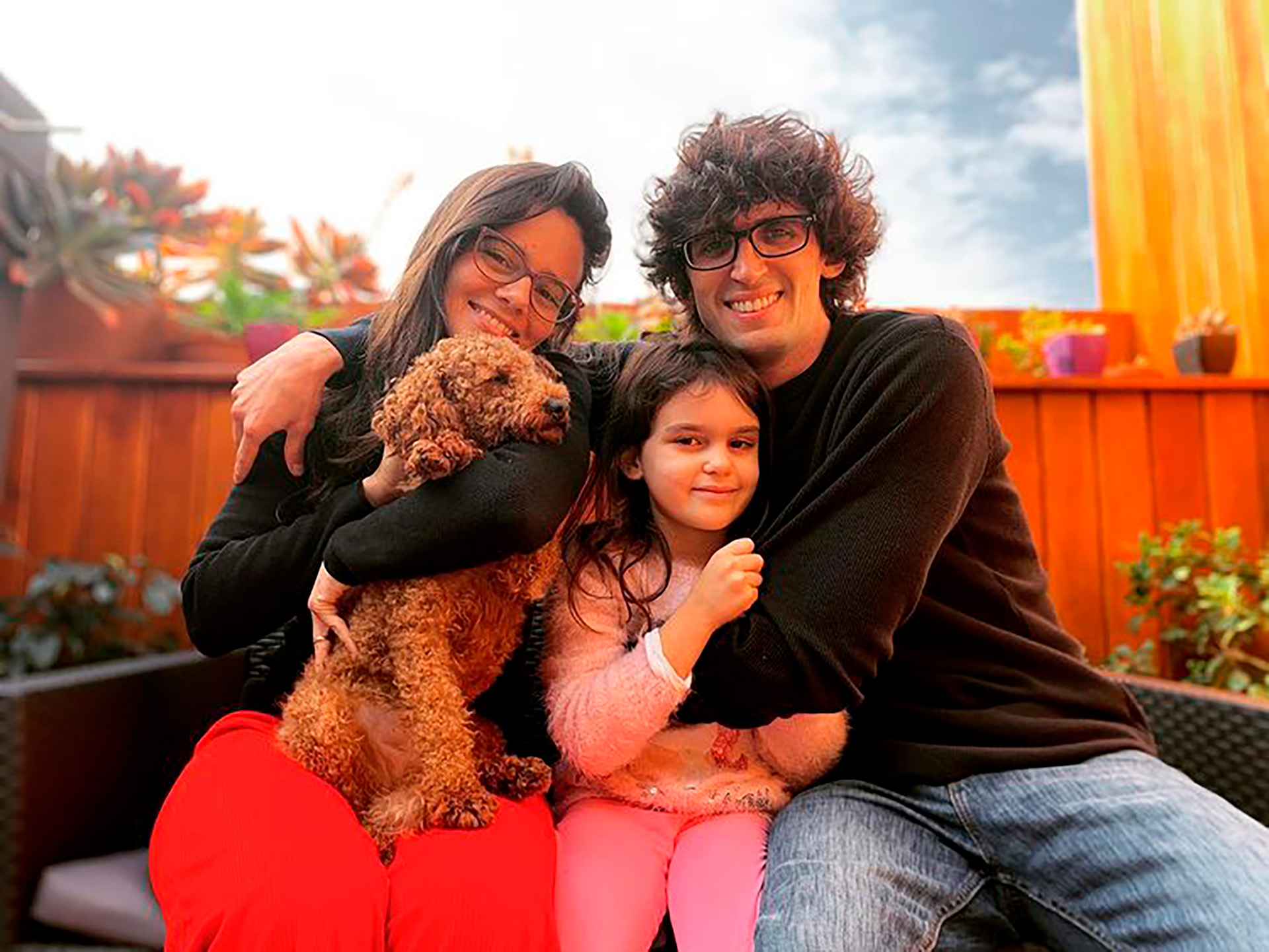 Damien with his wife Magali and their daughter Delfina (Instagram)

—and then it was the path of adolescence, to start exploring this wonderful world and being able to imagine what my place was within it all.

Sometimes it becomes difficult for the children of “celebrities”, because comparison is inevitable and they are forced to prove it twice…

-Sure. Those of us who are “kids” have a slight bias. And not from evil, as it is logical to expect the apple not to fall too far from the tree. Therefore, one would expect the “son” to be the same or similar to its parent. And from that place each one has to make his way. But just as I find myself in that difficulty, I also had many perks because I didn’t have to ask my parents to please dedicate myself to music. It was natural. And the relationship with my dad is great and we both share a path so much that on December 11th we’re going to be in Luna Park together to compose the whole music for the ET movie. I’m going to conduct the orchestra and he’s going to produce with my colleagues.

—You’re Delphina’s father, with Magly Sassy, ​​your little daughter, and what about the music?

—She is 8 years old and is beginning to understand what your parents do. I was talking about it that day with my wife, who is an actress. And we said that now he realizes what this universe of music and theatre is, and the place we are lucky to be in as a family. She has always been very interested in art, she loves to sing and express herself through her body. But she is still young and decided not to dedicate herself a little more because she is too embarrassed. So we are in that state.

—Do you think it’s in its genes too?

-I think so. And this is also the path that lies before his eyes if he wants to take it tomorrow.

—For Your Part, An Important Journey Is Coming back to the orchestra,

God willing, next year we’ll be doing a little tour of the rest of the world.

—You say a few laps and you go from Chile to Japan!

—Yes: The truth is, we’re very excited about the idea of ​​being able to take it to other countries. Last year we had a great run in Spain and the idea is to continue to expand with this show that people love so much.

Jorgito Moliniers’ new life: sold everything, moved to London and worked for a meal
Benedict Cumberbatch travels south of Argentina with his family
After tense cross, Lizzie Tagliani dedicates an emotional message that made Wanda Nara cry