Dangerous heat waves descend on parts of the Midwest and South 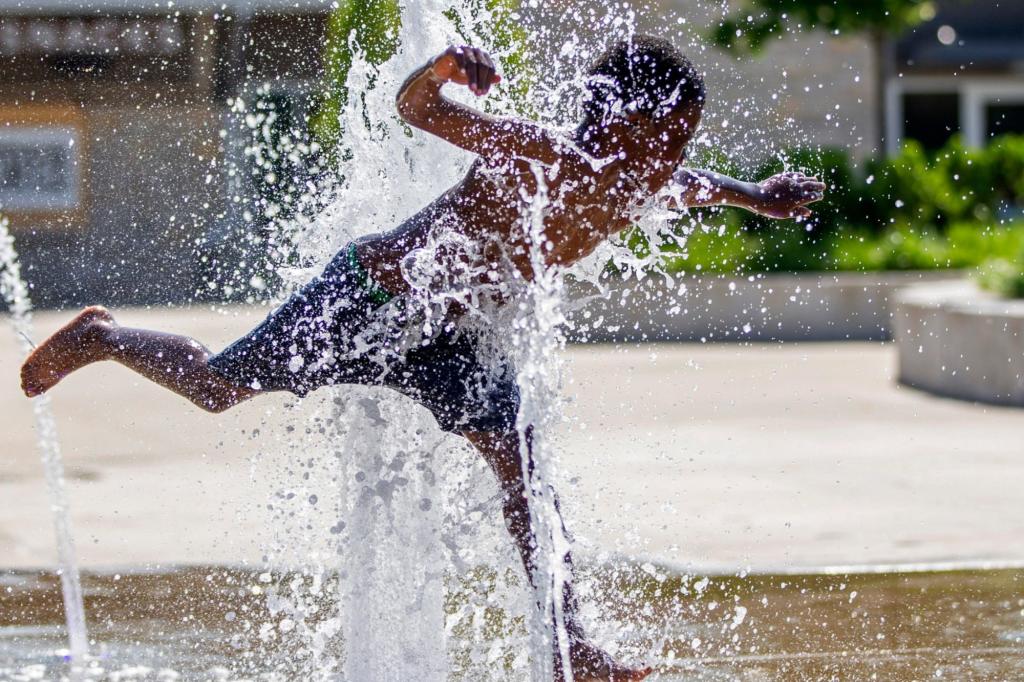 A dangerous heat wave hit much of the Midwest and South on Tuesday, with temperatures reaching the triple digits in Chicago and other hot cities feeling it even hotter to combine with humidity.

More than 100 million people were expected to be affected by mid-week and officials warned residents to stay hydrated, stay indoors whenever possible and be aware of the health risks of high temperatures. According to https://poweroutage.us/, the strong storm brought heavy rain and devastating wind to several affected areas on Monday, and more than 500,000 customers were without power on Tuesday evening, including more than 350,000 in Ohio.

At an Ohio utility, American Electric Power, heavy storms and strong winds over the past several days, along with extreme heat, have strained some lines and needed to be taken offline to prevent further widespread power line damage, spokesman Scott Blake said. .

An extreme heat warning is in effect for parts of Minnesota, Iowa, Michigan and Ohio as well as much of Illinois and Indiana from Tuesday through Wednesday night, according to the National Weather Service.

Heat index values ​​- which take into account temperature and relative humidity and indicate how hot it feels – reached 105 degrees and topped out in some places, including Chicago, the weather service said.

“Full sun will make it feel even hotter today,” the weather service wrote. “There won’t be much relief for those without air conditioning from today to Wednesday night.”

Much of southeastern Michigan — from south of Flint to state lines along Ohio and Indiana — was placed under extreme heat monitoring Wednesday through Thursday morning as the warm front is forecast to move east.

A heat advisory was also issued, extending from Wisconsin in the north to the Florida Panhandle on the Gulf Coast.

In Chicago, where a severe storm Monday night expected temperatures to exceed 90 degrees on Tuesday and Wednesday, three women died in May as temperatures climbed into the 90s as a fresh reminder of the dangers of such heat. Especially for people who live alone or are struggling with certain health problems.

Pat Clemons, 81, who lives in the apartment complex where the women died, said everything was going well on Tuesday morning with the temperature rising. She said she’s lived in the building for almost 20 years and never experienced issues before “that horrible Saturday” in May.

“They have all kinds of air conditioners, air blowers, fan jets and everything else…. I’m fine now,” Clemons said. “The wind’s on. You know they’ve gotta have everything working perfectly right now ’cause what happened caused all the chaos.

By mid-afternoon, temperatures at Chicago Midway National Airport had reached 100 degrees for the first time since July 2012, the area’s Weather Service office reported.

Officials encouraged Chicagoans to check on their neighbors and loved ones and to report any problems cooling their homes immediately. The city opened six large cooling centers and encouraged people to cool off in libraries, Park District buildings and other public spaces.

“Over the next two days we will all have to look out for each other and provide extra attention and resources for our vulnerable neighbors,” said Alisa Rodriguez, managing deputy commissioner of Chicago’s Department of Family Services and Support.

Meanwhile, a water main break in West Texas could leave Odessa and its surrounding 165,000 residents with little or no water for 48 hours, NBC News reports.

The Detroit suburb of Westland on Tuesday opened several of its public buildings as cooling stations, including its city hall, fire and police stations, a library and a community center. City residents can get outside in the heat, charge cell phones and get bottled water, the city said.

On Tuesday in Birmingham, Alabama, with afternoon temperatures reaching 95 degrees and the heat index reaching 110 degrees, Cindy Hanger sits outside the food truck where she works. His face was red and his green T-shirt was soaked with sweat.

“I’m tired and I’m hot, and I’m ready to go home and have a cold drink,” Hanger said.

Hangar works outside taking small rigs and filling orders while two relatives work inside cooking. On such days the arrangement is fine with him.

“You think it’s hot in here? Imagine it there,” she said.

The heat was stressing some of the power grids as well.

The Tennessee Valley Authority, which serves 10 million people in parts of Tennessee and six surrounding southern states, said Monday it experienced record power demand for a day in June. It said it provided 31,311 MW of energy in its region at an average temperature of 94 degrees, breaking the previous high of 31,098 MW that was set on June 29, 2012.

The electricity provider said similar demand may continue till the end of the week due to more hot and humid weather.

The Dolphins put defender Patrick Laird in an injured reserve, opening up a spot in the squad

According to CEO testimony, Junior Achievement of the Upper Midwest returned a $1.2 million grant to the Otto Bremer Trust