Danny Leon: “I have a love-hate relationship with McTwist, I was the first Spanish skater to do it, but I’ve never been able to do it again” 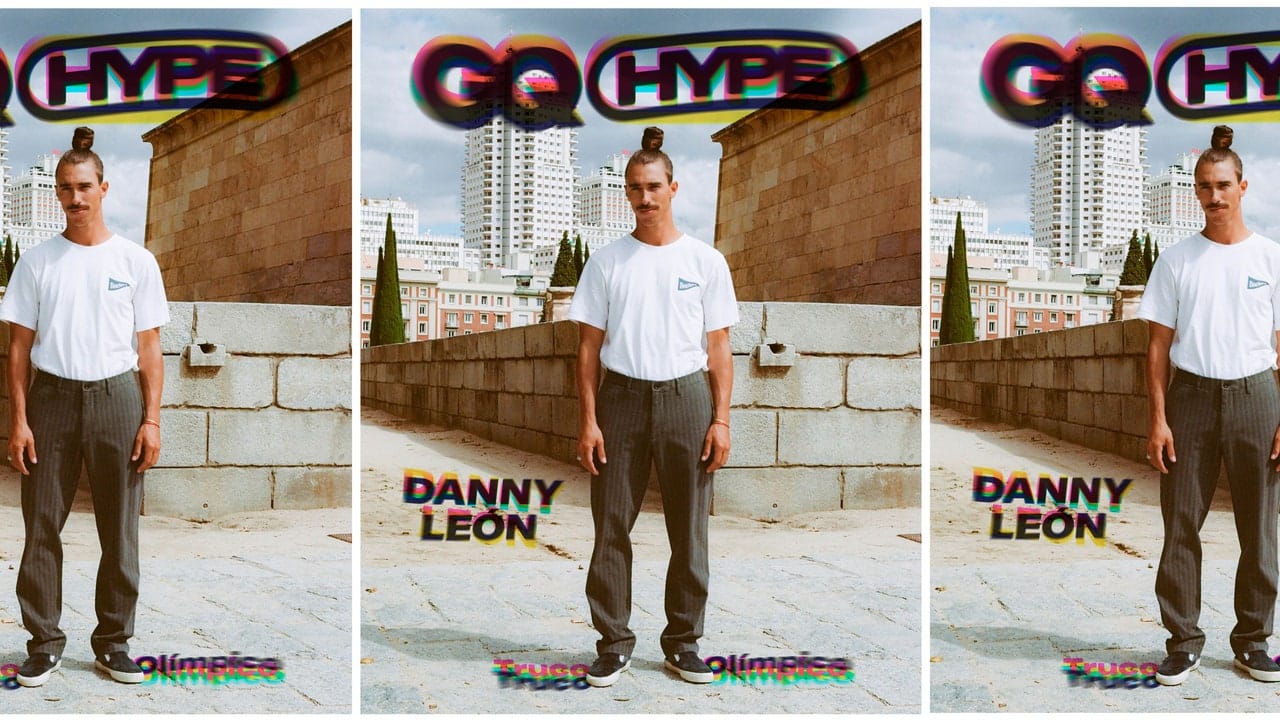 At the end of my trip to Bali was the matter of the eye. I wanted to catch one last cool wave before I left and I had bad luck, and I stay very calm when surfing. I sank after holding it and when I put my head out, the board had not yet come out, it kept resisting at the bottom. Suddenly he came out, hit me in the face with all his nails. I was lucky because it didn’t touch my cornea and it looks like it’s going to stay in a wound. They scold me, saying “Danny, you skate”, but I can’t sit still, I want to do everything.

How is Danny Leone’s day to day?

I don’t have a routine, it all depends on where I am at the time. Sometimes it is limited to skating and eating. These months with rehab have been more routine, but in a general context, and I think that’s the essence of skateboarding, I do what I want. Yes, I’m an Olympian, but skating makes you stronger than you already are. I take care of myself, I try to eat well, I don’t have big parties and I skate as much as I can. If my body tells me to rest, I don’t skate for more than an hour that day. Other days I’m totally motivated and there’s no one to hit me out of the park.

You started very young with the board, having been sponsored since you were a teenager. What was it like to look different at that age?

It started very innocently and without expectations with a small skate shop in Mostly, the first year I started skating. They helped me what they could: a free board, some sneakers… At 13 the Red Bull bomb had already arrived and I had no idea. Imagine, they say to you “I pay you for the trips and I give you a small salary”, I was very angry. It was also good because I made good use of the material provided by them. All my colleagues had the same feet, so the sneakers and boards they gave me were later passed on to my friends. It was the host! We all had good skating equipment.

Already at the age of 18 I realized that I have my parents’ salary and I began to rethink things. I had to study, but my body couldn’t carry me forever and I realized this was my moment, so I started traveling and focused even more on skateboarding. It doesn’t work for everyone, but it did for me, and at 21 I already lived alone and was independent. Now signing with a brand like Dockers brings another bounce back I thought at 30 would last, so I’m super motivated and looking forward to Paris 2024.

the rock doesn’t forget mc twist Which you scored for 2014. Do you have any tricks you’re particularly proud of?

(Laughter) The McTwist thing is a love-hate thing. I was the first person in Spain to do it (well there was a canary, Francis Barrera, who did a 540º which was very similar) but I haven’t been able to repeat it again because of the injuries, falls and bruises that I got myself Tried to do it again. I have more tricks, but I want to come back with that and add it to the contests.

Carson makes Juneteenth a city vacation. That city, more to celebrate this weekend