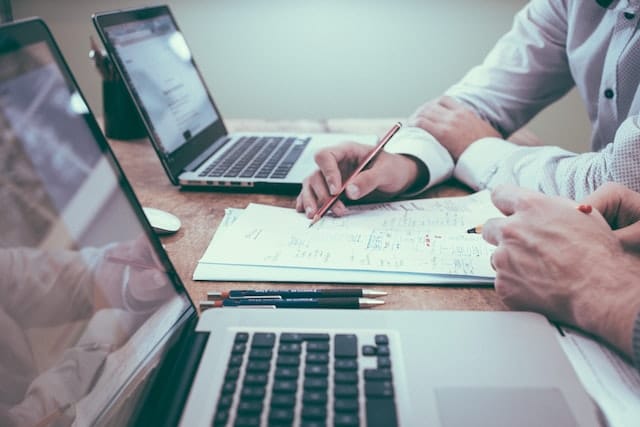 Debt settlement is a proven method by which to resolve debt issues. This is particularly true for credit card debt, as well as certain other types of unsecured financial obligations. However, there are people out there who wantonly abuse the trust of consumers. They string them along, claiming to help resolve debts, when the reality is they’re pocketing every dollar they get. You’d do well to review these debt settlement company red flags before contacting any organization to help you in this regard.

What is Debt Settlement?

Certain types of debt are negotiable. In other words, in extreme circumstances, creditors are willing to accept less than the full amount owed in order to wipe a debt off the books.  Credit card debt, revolving debt of any type, some medical bills and certain types of student loans can be resolved in this manner. Mortgage loans and car loans, as well as child support, alimony and back taxes cannot.

Debt settlement agents, like those at Freedom Debt Relief, work with lenders to negotiate deals wherein your debts will be forgiven in exchange for one-time payments in full of an agreed-upon amount. To accrue settlement funds, you’ll deposit the money you currently send to creditors into an escrow-like account from which settlement agreements will be funded. Many creditors (not all) will agree to this because they know a bankruptcy filing on your behalf could mean they’ll get nothing.

In some cases, depending upon the amount of debt in question and your income, settlement agreements can take up to five years to complete. This affords bad actors a huge window within which to profit from your desire to become debt-free. With that in mind, here’s what to watch out for when considering hiring a debt settlement firm.

Requests for Upfront Payment – This is actually illegal. The law prohibits debt settlement companies from asking you to pay settlement fees before agreements are reached and paid off. Small sign-up fees and monthly administrative fees are permitted, but settlement fees only come due when the company has actually provided the service.

Guarantees — Offers to settle all of your debts for pennies on the dollar with guaranteed results are bogus — and unrealistic. Some creditors will agree to make deals, others won’t. Some will make deals in certain instances and won’t in others. It’s unpredictable because individual circumstances vary.

Obfuscation — An unwillingness to fully disclose all aspects of the settlement process is a definite bad sign. Legitimate debt settlement agencies know the process isn’t a bed of roses. There are unattractive aspects to the process that should be disclosed. Forgiven debt could be subject to IRS taxation, you could get sued during the process and your credit score will decline. Less than honest answers about any aspects of the procedure should be viewed suspiciously.

Rudimentary Initial Interview — A real debt relief company will schedule a preliminary meeting during which your financial situation will be carefully reviewed, before signing you into a program. They will also typically offer personal finance tips if your situation doesn’t warrant a settlement program.

Anyone glossing over this step or appearing to be in a rush you to sign you up— without having looked at your situation in detail — is probably scamming. This is especially true if they’re asking you to provide data such as bank account numbers, Social Security numbers and the like—before providing any information about their services.

Touting a “Government Program” — While it’s true President Biden has signed a bill to forgive certain types of student debt — up to $20,000 — nothing like that exists for consumer debt. There is no magic government wand capable of making credit card debt go away. Any mentions of government credit card debt programs should be considered warily.

These are but five of the ways to tell you’re dealing with a less than reputable settlement company. A good thing to look for is accreditation by the American Fair Credit Council. The organization is there to ensure debt settlement practitioners operate on the up and up.