“Defenders plotting a coup”: El Comercio’s scathing editorial against the Argentine government for its support for Pedro Castillo 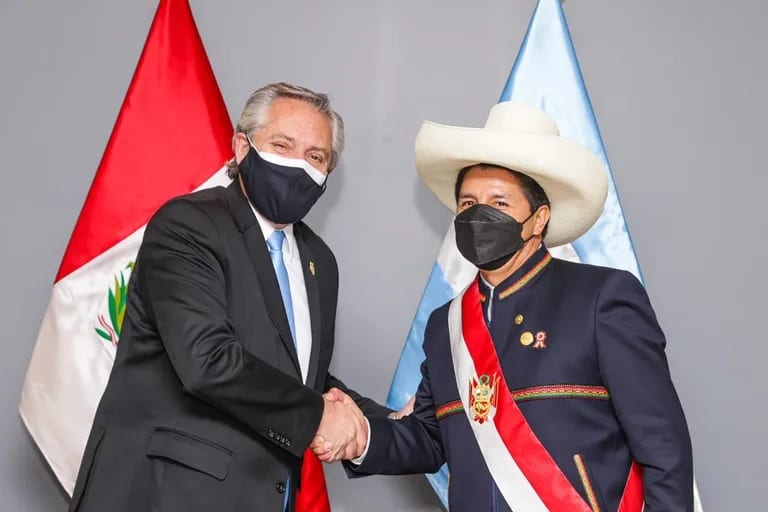 coup now delivered by former Pres. pedro castillo In our country, last Wednesday, December 7, rising above any ideological sympathies, is acting as a sieve to separate leaders committed to democracy from those who are not. are the first governments to highlight the response of Peruvian institutions in recent times to the blows of an aspiring tyrant, surrounded by grave signs of corruption, to which he has never been able (or wanted) to respond and that In desperation and as a last resort, he tried to shut down parliament and interfere with the justice system. Of the latter, who, by contrast, have been and continue to serve as the gloomy troupe of the most short-lived dictator in the history of our republic.

A few hours ago, the governments of Colombia, Bolivia, Mexico and Argentina spread propaganda in this regard. a joint statement It appears to have been written by a henchman of the former president and indicates that, in the best of cases, a complete disconnection from reality And, at worst, a blatant manipulation of it. after qualifying pedro castillo terrones As “President of the Republic of Peru” and to express his concern about the “recent events” that led to his vacancy and his arrest, the signatories ask “the will of the citizens that was declared in the elections” ” priority” and that “refrain from overturning the popular” of “those who make up the institutions” would be “expressed through free suffrage.” Or, in other words, the person who just five days ago coup And to save his skin, he tried to subjugate the autonomous institutions of this country. This, moreover, without mentioning anywhere in the document, the blow that the former president made with a view to destroying Peruvian democracy, as if it did not exist or as if they were trying to pretend that they Didn’t see it or don’t take it as something serious. An attitude that is perfectly defined in our language by one word: cynicism.

On the other hand, to suggest that the will of the citizens is not being respected in our country in the 2021 elections is a fallacy that must be condemned. Who has taken over the reins of the Peruvian government in the boulevardwho was elected by Peruvians who voted for the presidential formula that he was integrated with the coup leader as vice president and whom the constitution called upon him to follow the line of presidential succession when the head of state became vacant. was assigned to, as has been the case.

In a good sense, what the governments of Colombia, Bolivia, Mexico and Argentina are asking is that Peruvians cover our eyes before a well-intentioned attempt to destroy democracy in our country becomes a perverse and cynical ‘priority’ ‘ was done for. The notion of ‘popular will’ over our laws. A request that is not only brazen (which deserves a loud and quick response from our Ministry of External Affairs, which has remained silent so far), but is also blatantly undemocratic and portrays the one who supports it wholeheartedly Is.

As we said in the beginning, reactions coup carried out by pedro castillo In our country they are acting as a sieve to separate those who are genuinely committed to democratic ideals, as opposed to those who appeal to them when they serve the interests of themselves or their ideological mates. Huh. In this sense, the shameful publication by the Mexican, Bolivian, Colombian and Argentine governments should also serve as a warning to the citizens of these sister countries, since it is not an exaggeration to say that placed in the same position, those who have a Acting as open defenders of the coup plotters, they will most likely act as those with whom they stand in solidarity today.

Mask Up or Shut Down: The Colorado School has issued an ultimatum on the Mask Mandate