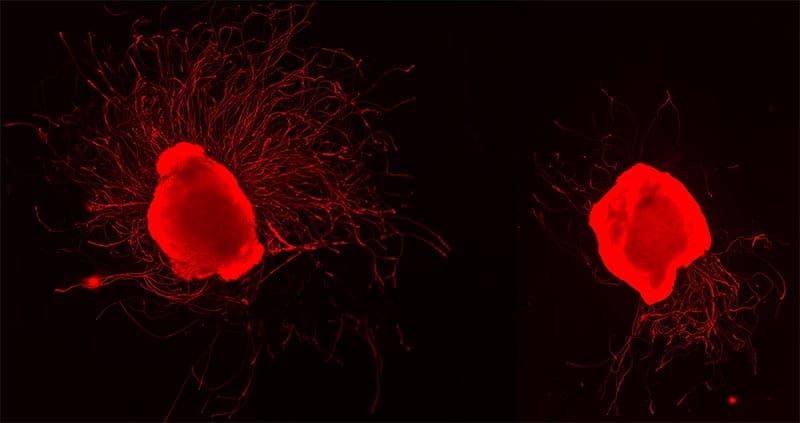 some autoimmune diseases, such as multiple sclerosisThey attack the nerves of the arms and legs. researchers of St. Joseph’s Hospital Bochum They are looking for a new approach to counteract this loss. The Bochum researchers have shown in laboratory experiments that propionate, ie a salt of short-chain fatty acid, can protect nerves and help them to regenerate. The findings could be useful for treating autoimmune diseases that damage nerve cells, such as chronic inflammatory demyelinating polyneuropathy (CIDP). Propionate is naturally produced in the intestines when dietary fiber is broken down.

In previous studies, a team from the same department St. Joseph’s Hospital Bochumclinic of Ruhr University BochumGermany has already shown People with multiple sclerosis (MS) are deficient in propionate and may benefit from taking additional propionate.,

Consequently, the substance may also be useful for patients with CIDP.

CIDP patients experience sensory disturbances, muscle weakness, and pain. The cause of the disorder is not fully understood. The immune system attacks the nerves in the arms and legs. The nerve sheath, an insulating layer around nerve cells, breaks down and eventually the cells die. ,The drugs currently available in the market are very expensive and mainly act on the immune system.”, comments Thomas Grüter. ,A therapy that protects the nerves and helps in regeneration is not yet available.,

In the current study, Thomas Grüter’s team has now explored the protective effect of propionate in cell culture and in animal experiments. The group isolated two major cell types of the peripheral nervous system of the rat: nerve cells and Schwann cells; The latter form the sheath of nerve cells.

Findings from previous studies with MS patients suggested to the Bochum researchers that propionate may have beneficial effects in patients with chronic inflammatory demyelinating polyneuropathy.

The researchers grew two types of cells separately and exposed them to oxidative stress, which usually causes cell damage. The team treated some cell cultures with propionate and compared the effects to untreated cultures. Significantly less cell death occurred in the treated cultures. Furthermore, the cells proliferated faster after treatment than when propionate was not administered. Animal experiments confirmed these results: after giving propionate, nerve cells were better protected against oxidative damage.

The researchers also gained new insight into propionate’s mechanism of action. They showed that the substance targets the FFAR3 receptor on the surface of nerve cells and Schwann cells and also affects the reading of DNA through histone molecules. It produces new enzymes and proteins that protect against harmful effects and help repair damage.

Findings from previous studies with MS patients suggested to the Bochum researchers that propionate may have beneficial effects in CIDP patients. The research group, headed by Professor Aden Haghikia, demonstrated that taking propionate has an anti-inflammatory effect and reduces relapse rates in people with multiple sclerosis.

Police and US agents search oligarch’s yacht in Spain