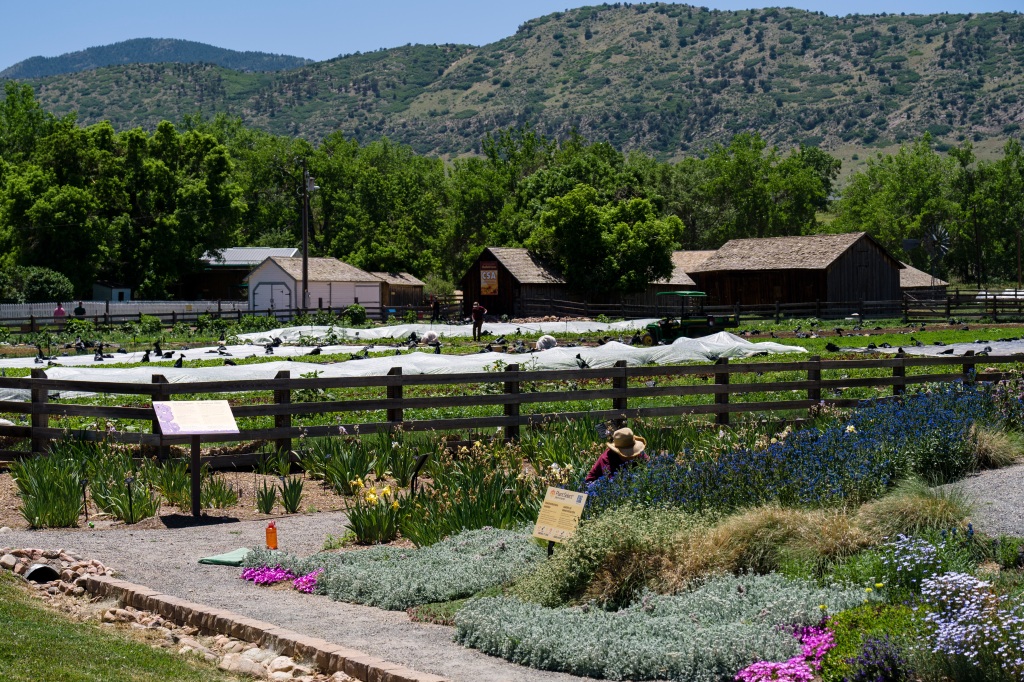 To the mix, the organization seeks to add new reception and education centres, a market square, a permanent stage for the amphitheater and gardens featuring native plants of the region and agriculture practiced by indigenous peoples. The development plan for Chatfield Farms envisions a phased addition to fundraising.

Vogt said the Botanic Gardens completed a master development plan for the Denver site in 2020. “It gave the institution the bandwidth to revisit Chatfield Farm now and think about what it wants to be in the future.”

The botanical garden has so far raised approximately $6 million for the proposed projects. Vogt said the first job would likely be what he jokingly called “the really glamorous stuff”: sewer systems, parking lots, a solar power array and other infrastructure.

Vogt said the total price tag, which would include a restaurant overlooking a grass bowl that makes up the amphitheater, would be around $38 million to $40 million. Getting money will work.

“The thing about gardens is that we don’t break ground until we know we have money,” he said.

The organization is working with various government agencies, including the Army Corp of Engineers, to obtain approval for the permit. Vogt said it is likely to take until next spring to submit a final plan.

The Botanic Gardens has managed Chatfield Farms on that land since 1973, under the leadership of the Army Corps of Engineers. People living in the area were relocated and the nearby Chatfield Reservoir was created in 1965 following the devastating floods of the South Platte River. More than 20 people were killed and more than 5,000 home and farm buildings and about 6,700 small businesses were destroyed or damaged.

Vogt said that one of the original ideas for the post-flood site was to build an arboretum. “But it’s hard to grow trees in Colorado. There’s not that much water.”

Another idea was to manage the land as a nature preserve. “But then what do you do about historic farms?” Vogt asked.

The botanical garden has blended nature and historic uses of the land to focus on agriculture and to restore land along Deer Creek, which runs through Chatfield Farm. On a farm next to a house, shed and barn on the historic Hildebrand farm, employees and volunteers grow vegetables to be taken to farmers’ markets in areas with limited access to fresh produce.

Other crops include corn, pumpkin, lavender fields and vegetables for a community agriculture program, which people support through buying shares. Chatfield Farms hosts the Veterans to Farmers program. There is a dye garden which grows a variety of plants used for dyeing clothes.

The proposed 13,000-square-foot education center will highlight the history and future of agriculture and connect classrooms to outdoor learning areas. A separate 4,000-square-foot, open-air classroom on the south side of Chatfield Farm will be near the start of a nature walk along Deer Creek.

Vogt said the garden sheds light on regenerative agriculture. Practices include not plowing below what is left after harvest and instead planting cover crops and leaving residue to help retain moisture, prevent erosion and rebuild soil health.

Vogt said the area, called Gardens for the West, would include more native plants and a larger circular area. The Garden will work with experts to showcase indigenous farming practices. The site will lead to a new butterfly house.

According to the Chatfield Farms website, the 700-acre site, which supports the Jefferson County Open Space, was used for thousands of years for hunting and camping grounds by indigenous peoples, including the Ute, Cheyenne and Arapaho tribes.

Vogt said Gardens received an OK from the Army Corps of Engineers to restore Deer Creek to a more natural flow. Like waterways across the country, the creek was channelized, which involves deepening or straightening it.

“It was just revived. We started seeing native birds and native insects, all kinds of native mammals coming back to the area,” Vogt said.

Chatfield Farm is home to elk, bobcats, coyotes, beavers and an occasional bear and moose.

“We really want to maintain this sense of nature,” Vogt said, “so wherever we have a building, it rests on the sides.”

Plantation will be done around public places. The boardwalk will be added to parts of the Nature Walk near the creek.

“We’ll let people walk around and protect the landscape at the same time,” Vogt said.

Ideas in Food and Beverage: Six Trends for 2022 – SmartBrief