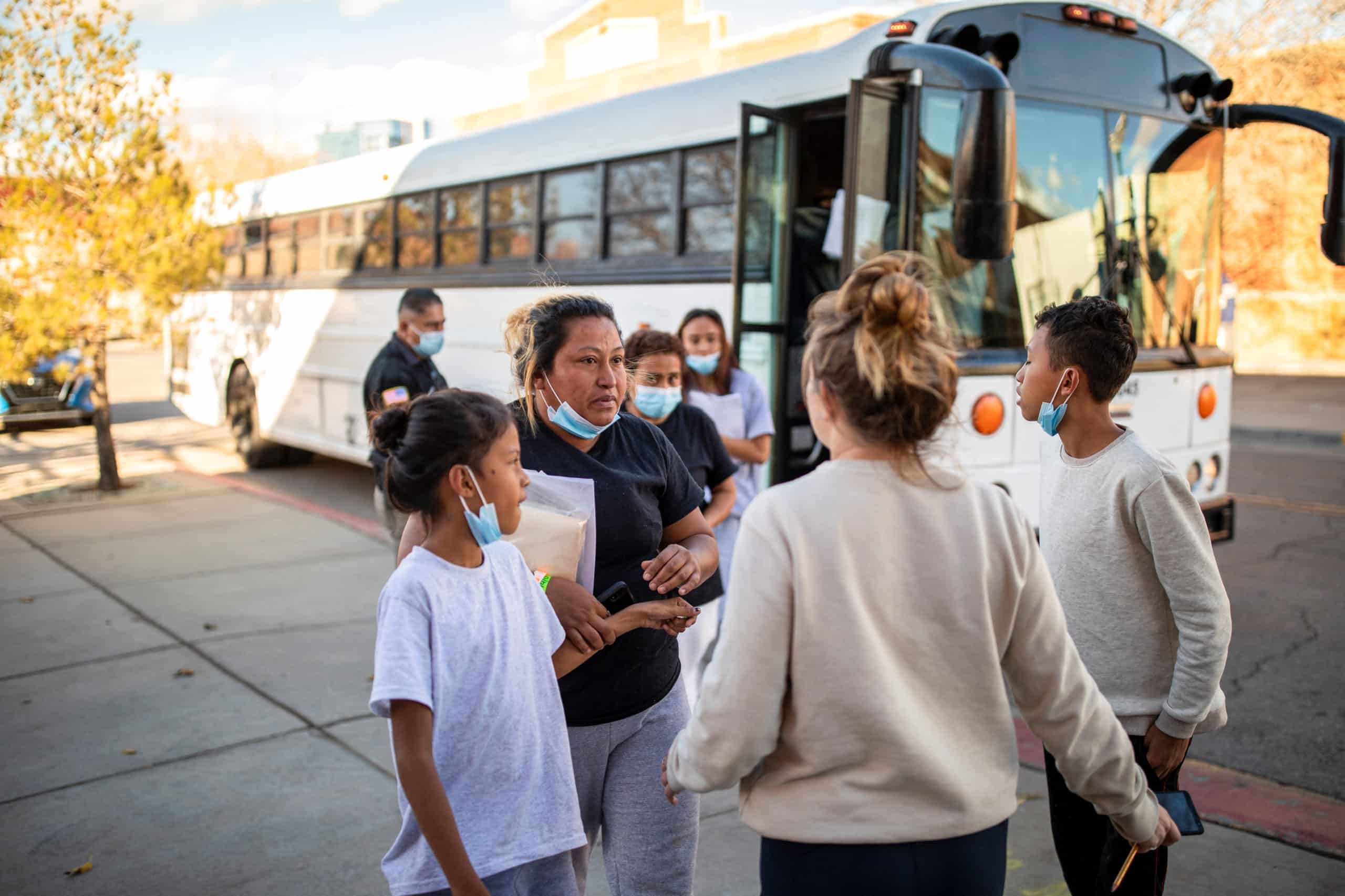 manners , 50 or 100 migrants were reported arriving daily in the city of Denver

US officials in Denver, Colorado, declared a “state of emergency” in response to a “humanitarian crisis” caused by the arrival of hundreds of migrants in recent days, some from El Paso (Texas) and many of them from Venezuela.

Mayor Michael Hancock indicated that the situation has begun to take shape “in recent months”, but since last week 50 to 100 immigrants from various Latin American countries have arrived in Denver from the Mexican border every day.

Migrants have already flooded the city of El Paso this week, from where they are heading to other states.

The mayor of Denver made it clear that emergency shelters no longer have the capacity to accommodate new immigrants.

“These massive influxes of immigrants, the unplanned nature of their arrival, and the challenges of our current space and staffing have put enormous strain on the city’s resources to the point where they are nearing the breaking point at this point in time,” Hancock said. while announcing the measure.

“What I don’t want to see is a local humanitarian crisis of migrants without shelter in our hands because of a lack of resources,” he stressed.

The crisis began early last week when buses pulled outside the Denver Rescue Mission charity, which helps homeless people in downtown Denver, leaving about 100 migrants there, most of them from Venezuela.

Denver opened two emergency shelters to hold them, believing that within days the immigrants would find a place to live, whether with family or friends.

However, the opposite happened and more immigrants arrived, some from El Paso, in trips organized and coordinated by themselves.

Even the assistance provided by churches and community organizations proved insufficient.

For this reason, Hancock decided to declare Denver “a state of emergency”, a measure that speeds up access to local, state and federal resources (including funding for housing), as well as for immigrants to contact their relatives. To activates the “Reconciliation Center”. ,

A Venezuelan, who preferred not to be named because of his irregular immigration status, indicated that he had arrived in Denver with his three children “four days ago”.

“Here they were going to give me a job,” he insisted, without clearly explaining that he had the documents he needed to legally obtain employment.

The man and his family are temporarily living at a church, but said they must move now, noting that their requests on social media for help finding housing or work have gone unanswered.

“If someone gives me a chance, I also start shoveling snow,” he said.

For their part, the cities of Colorado Springs and Aurora, the second and third most populous in Colorado, indicated they would not receive the immigrants.

While Fort Collins, the main city in the state’s north, announced last week that it would activate a shelter for undocumented immigrants, it has not yet done so.