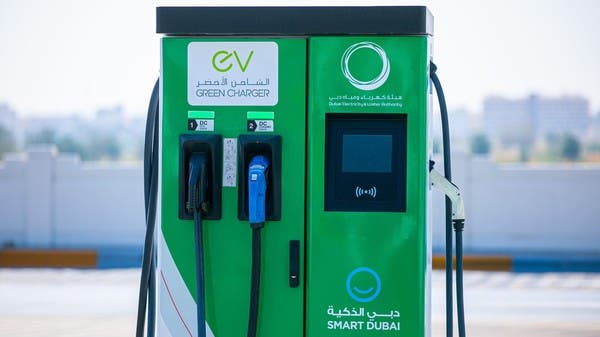 Industry experts told Al Arabiya English that despite rapid growth and dynamic government policies, the adoption of electric vehicles (EVs) and charging infrastructure in the Middle East still lags behind China, the US and Europe.

Sean Poppitt, director of communications, said, “We see the Middle East adopting EVs at a higher rate than other markets such as South America, but lower than other markets such as the United States, Europe and China, which have their own We are very much ahead in the EV adoption journey.” For General Motors (GM) in the Africa and Middle East region, Al Arabiya told English.

“However, there is no doubt that the openness to EVs in the region has intensified due to the rise in fuel prices,” he said.

“The immediate impact for the car owners will be felt with the continuous increase in prices at the petrol pumps.”

While rising fuel costs are making more people consider switching to battery-powered cars, the Middle East still enjoys some of the lowest petroleum prices in the world.

High temperatures in the region can also affect the driving range of electric vehicles, as the use of air conditioning can rapidly drain a car’s battery – although areas with very low temperatures can also have a negative effect on battery life.

Salman Hussein, CEO of Fuze – a company that converts fuel-powered cars to run on batteries – echoed the sentiment that the United Arab Emirates is still lagging behind other countries, recently due to high fuel prices. Despite the increase in demand.

“The UK is far ahead,” he said. “The business models that the UK has are certainly something we can learn from and adopt in the UAE.”

Hussein said that recent efforts by government bodies in the UAE are accelerating the availability of charging infrastructure and encouraging businesses to adopt EV technology.

A move by the emirate of Abu Dhabi in May allowed owners of EV charge stations to charge a fee for drivers to recharge their batteries.

Hussein described it as a “significant milestone”, as it introduced financial incentives for private companies to develop EV infrastructure.

Looking at the growth of the industry in the UK, Hussein predicts that the EV business in the UAE will boom in the coming years.

He cited BP’s $170 million acquisition of Chargemaster, the UK’s largest EV charge station operator, in 2018 as an example.

“This is what we will now start to see in the UAE as well in the coming years, so it is a good time to be a brand that is developing those systems in the UAE right now,” he added.

Poppit told Al Arabiya English that GM “has a shared vision” with governments in the region when it comes to electrification.

Saudi Arabia has made significant bets on EV technology, particularly with its 61 percent investment in US EV maker Lucid.

Saudi Investment Minister Khalid al-Falih said in May that the government has ordered between 50,000 and 100,000 EVs from Lucid to be delivered over the next ten years, and that construction has begun on a Lucid factory in the Kingdom.

The UAE has also made significant investments in charging technology, with Dubai-based utilities company DEWA operating hundreds of charging stations in the emirate.

Amid fuel hike, UAE travelers switch to electric cars to ease pain at the pump

‘Slandered and insulted’: Teacher ordered to stay at home after questioning age-appropriate books on gender transition in school libraries